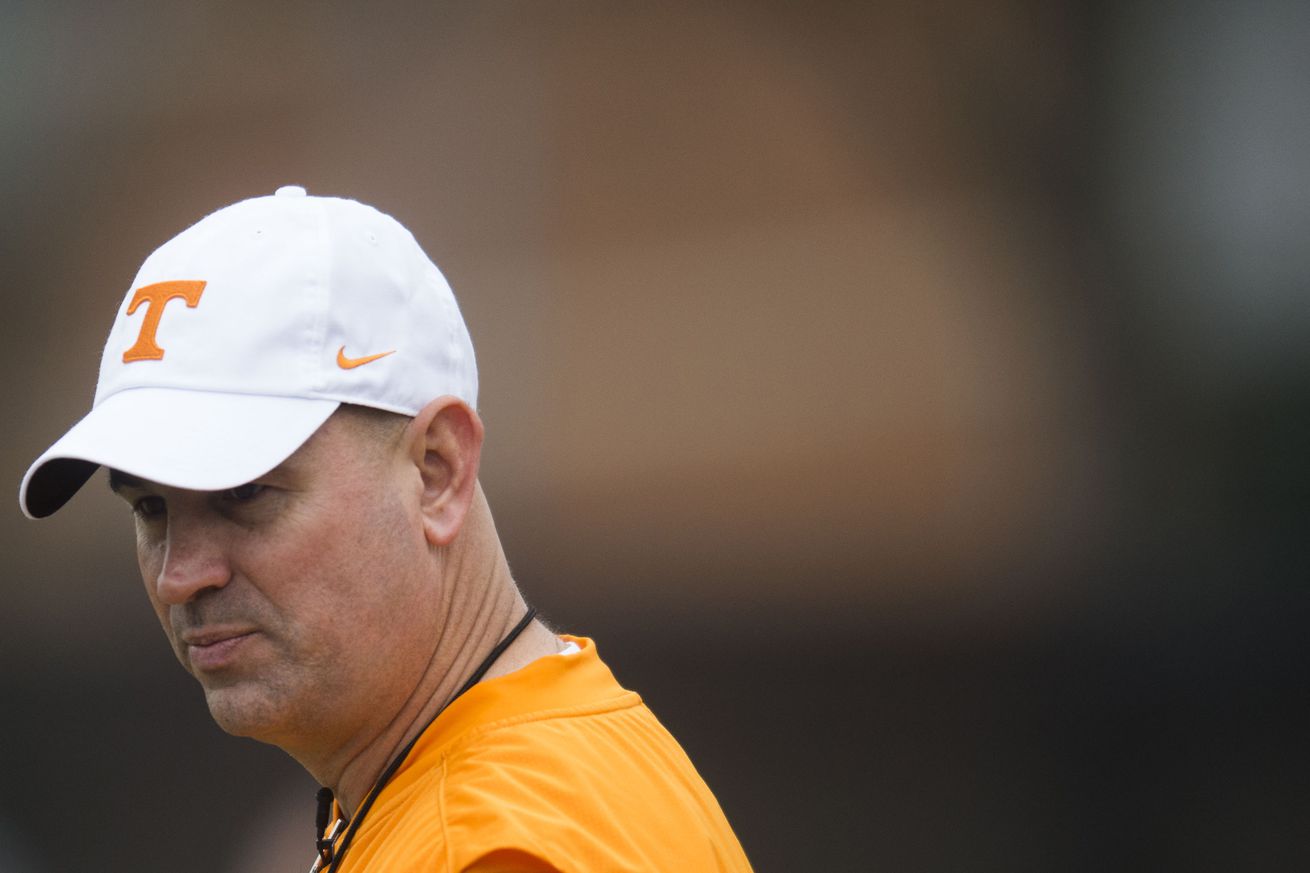 Spring camp began today for Tennessee football, meaning we got our first look at a handful of newcomers in the orange and white. It also meant finding out which jersey numbers they would wear, along with seeing new height/weight measurements.

First up, the numbers.

Jeremy Pruitt isn’t afraid to mix things up and change positions around. We’ve seen him do it for a day, we’ve see him do it permanently. To start spring practice, edge rusher Jordan Allen was working on offense with the tight ends.

Allen has yet to crack the rotation at outside linebacker since signing with Tennessee as a member of the 2018 class. With several options coming into the program at the edge position this fall, this move makes sense to try now.

One other small note: Safety Aaron Beasley was working with the linebackers. It’s an understandable move, considering the lack of numbers that Tennessee currently has at inside linebacker.

Reporters got to see about five minutes of live action today, but that included our first look at Harrison Bailey. Wearing No. 15, the five-star quarterback took the first live reps of his (practice) career at Tennessee.

Bailey was rated as a five star prospect coming out of high school in Marietta, Georgia. pic.twitter.com/HTKcC50kmW

It’s noteworthy that he was listed at 223 pounds, which is up from 211 pounds as a senior in high school.

It’s impossible to take anything away from the handful of throws available for us to see today. But Bailey’s progress this spring will be the top storyline to follow leading up to the Orange and White Game.

Tennessee will be back in action on Thursday afternoon.