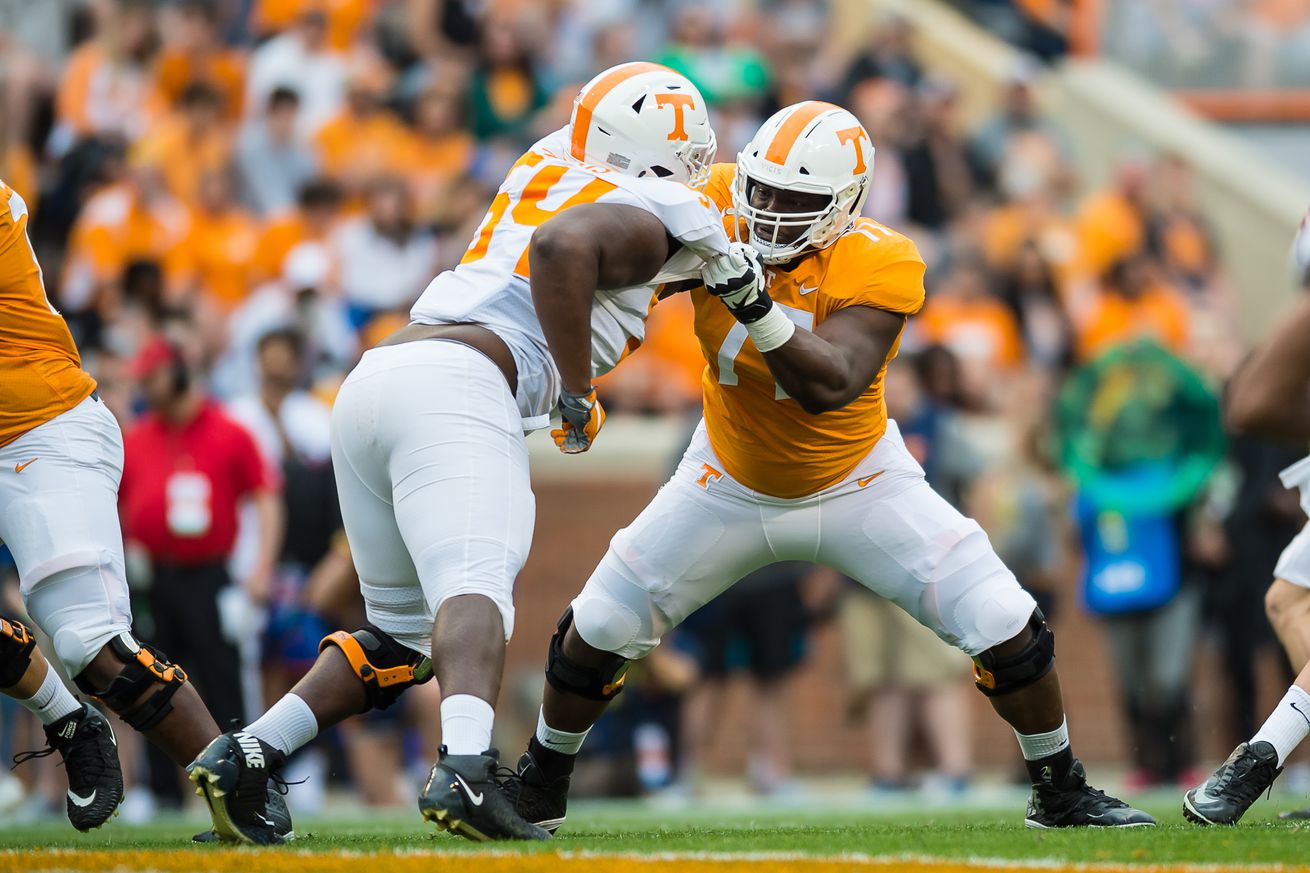 Tennessee’s spring football practice is officially on hold, as of Friday afternoon due to coronavirus concerns.

The SEC announced that all organized team activities would be suspended through April 15th, which includes spring football practices and scrimmages. This also includes team meetings, individual practices and other organized gatherings, per the SEC’s statement.

This of course puts the annual Orange and White Game at risk of being canceled. Tennessee announced this afternoon that they would not be playing the game on the scheduled date of April 18th, but did leave the door open to reschedule.

The Chevrolet Orange & White Game will not be played April 18.

The status of the game will be determined at a later date.

The NCAA has placed a dead period on recruiting that will also last through April 15th. Coaches will not be able to recruit in person on or off campus during this time. They can, however, communicate via phone.

The SEC canceled the men’s basketball tournament on Thursday morning, falling in line with several other major conferences. Just hours later, the NCAA pulled the plug on their men’s and women’s tournaments, canceling all of ‘March Madness’ for 2020.

Each of the NCAA’s winter and spring championships have also been called off already, including June’s College World Series.

Tennessee opened spring football camp on Tuesday. They were able to practice on Thursday without media access.

“The past several days have been filled with uncertainty and have presented unique and challenging circumstances. A growing public health crisis has led to difficult but necessary decisions. I personally am grateful for the courageous leadership of Southeastern Conference Commissioner Greg Sankey, UT Chancellor Plowman and the rest of our conference presidents, chancellors and ADs. Dialogue is ongoing. We are all in uncharted territory, and there is no manual to guide our decision making. However, we must continue act with abundant caution while prioritizing health and safety throughout our campuses and communities.

”I am heartbroken for our student-athletes who have poured their heart and soul into their training and now find themselves in a season of uncertainty. There are many lingering questions related to academics, eligibility, training schedules, housing and various other internal operations for which we do not yet have answers. But I am focused on actively engaging in the dialogue that is to come as we work to support our young men and women—highlighting their physical, mental and emotional wellness—to help them move forward.”

“To our incredible fans, donors and alumni—I understand the frustration that comes along with canceled events, ticket refunds and many lost opportunities to celebrate Tennessee wins and championships. But I’m confident that these circumstances will stir the passion of the world’s most extraordinary fanbase, and that your love for the Vols and Lady Vols will shine through like never before when the action eventually resumes.

”Please take care of yourselves and each other as we navigate the days to come together, prioritizing the greater good.”