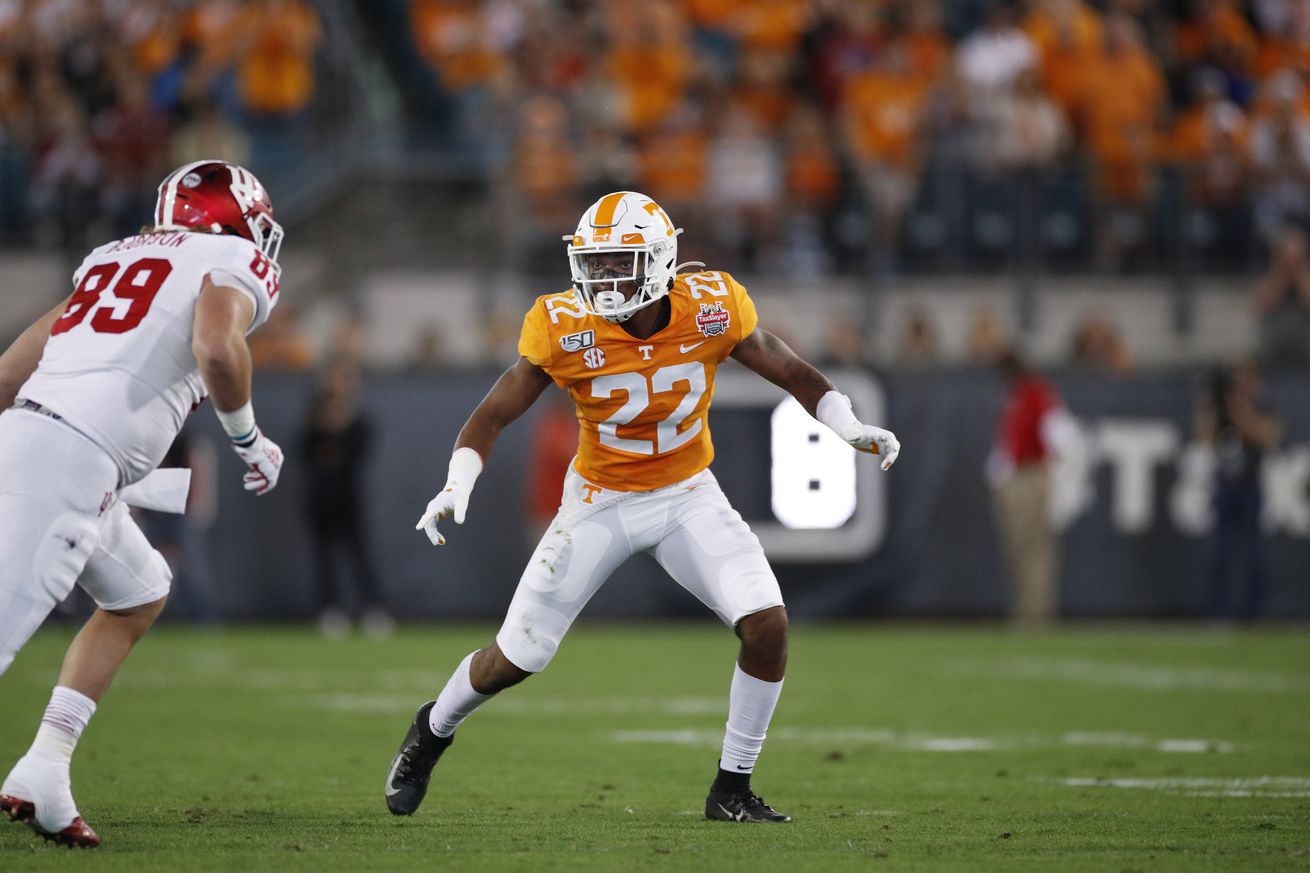 A hidden gem amongst Tennessee’s defense.

As part of our series previewing all the position groups, we break down every aspect of the team and give you an idea of what Tennessee football will be working with in 2020. So far, we’ve covered five groups in total. Those links are listed below for your interest.

Up next under our microscope is the safety position. Safeties tend to not get the attention that cornerbacks do, for a variety of reasons. Mainly because it’s harder to identify what a safety’s role is on any given play (some of this has to do with most broadcast angles not even including them in the field of view).

With that in mind, it’s easy to see why Tennessee’s safety situation gets overlooked when discussing the strength of the defense. Have no doubt however—they are a vital piece to understanding why Tennessee made the turnaround it did. Thanks to some solid strategy by coaches, the 2020 group brings a lot of confidence and versatility.

The big loss here is Nigel Warrior, who enjoyed a bit of a career renaissance in his final year at Tennessee. Just as quickly as he arrived, he’s gone to try his hand at the NFL. In his place are two players which bring very different skill sets to the safety positions.

The one we’re most confident in is McCollough. He looked promising in spring, and after some rotational duty in the first few games, he was inserted as a starter for the final six games of the season. It paid off: McCollough is a very smart player who picked up the defense maybe even faster than the staff anticipated. By the end of the year, he was a force to be reckoned with coming downfield, and despite questions about his coverage ability coming out of high school, McCollough showed he’s prepared for the speed of the college game.

Less certain is Flowers. It’s not because of his talent—Flowers is a hyperathlete that has looked downright impressive in his 13 appearances to his name. It’s because Flowers has now missed almost half of both 2018 and 2019 due to injury. In back-to-back years, Flowers has played well enough to earn a starting role at safety, only to be sidelined. It’s a shame, because Flowers provides arguably the most versatility in the secondary besides maybe Bryce Thompson.

For now we will regard Flowers as the starter at free safety. But the injuries do begin to pile up after a certain point.

The two to focus on here are Jackson and Fields. Yet even that might be pushing it, since the only one with a lot of experience is Jackson.

As for how much that experience might matter? Hard to say. Jackson has been hit-or-miss so far in his Tennessee career. He makes the defense real exciting when he’s playing in the box or getting used as a blitzer. But when it comes to pass coverage, there’s a few options better in the secondary. His best role is as a rotational safety, rather than a starter receiving a bulk of the reps.

The main competition for those reps would be redshirt freshman Tyus Fields. A foot injury slowed his development in the preseason, but a fully healthy Fields should be exciting to the defensive staff. They loved his versatility at both corner and safety as a recruit, and for now it seems that they are focusing on him as a safety. Fields has a lot of the same strengths as Jackson when it comes to using him in the box. The upside is there, it’s just a matter of picking up the defense.

We’re double dipping here and putting Lawrence as a newcomer for both cornerback and safety. While he will start at cornerback, it’s fair to imagine that he will get on the field in a myriad of ways. Lawrence is the do-it-all player who could contribute at five different positions thanks to his extremely high ceiling. From a pure athleticism and skillset standpoint, Lawrence can do whatever the staff needs him to do.

Slaughter likely won’t play as much and will instead redshirt. However, he is a real feisty player who the staff kept their eye on for a while. He’s very aggressive and could show up in certain situations where the staff wants to bring pressure.

The wildcard is McDonald, who I’m not totally sure will even play safety. He has the size for it, and his tape would speak to more of a free safety role, but it all depends on where the staff thinks he could grow best. Truthfully that might be at linebacker, if he bulks up.