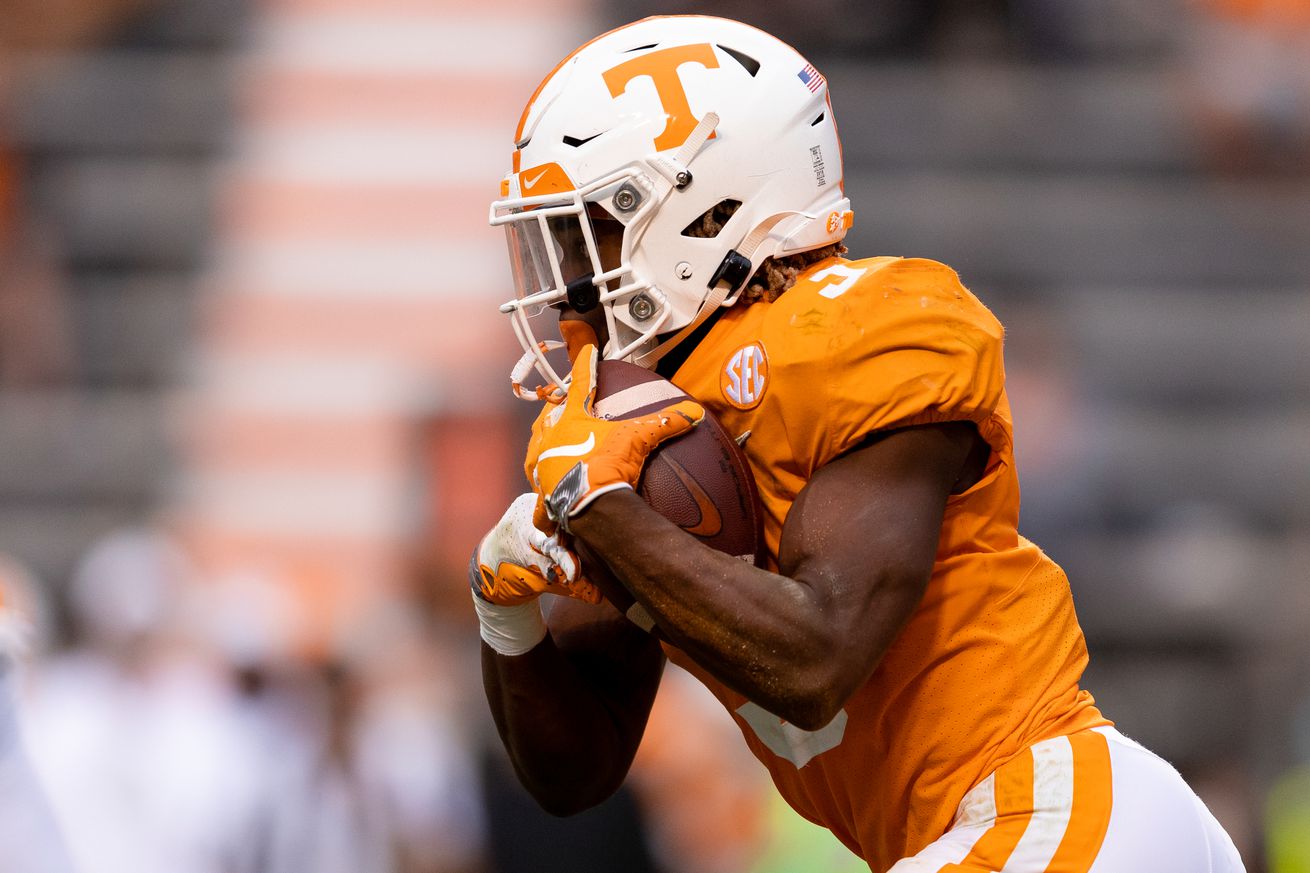 Can the Vols get back on track against a solid Arkansas team? | Photo by Andrew Ferguson/Collegiate Images/Getty Images

Tennessee comes off the bye and is immediately placed in a must-win scenario.

The Tennessee Volunteers (2-3) look to salvage the rest of the 2020 season when it travels to Fayetteville to take on the surprisingly competitive Arkansa Razorbacks (2-3).

Tennessee hasn’t won in Fayetteville since 2001, so not only is the goal to beat the Razorbacks, but it’s to change recent history as well.

If the Vols can accomplish the three following tasks, then they should be able to get back to .500 on the season.

Football can be a very complicated sport, but sometimes, it’s as simple as life can get.

That’s whas this key to victory is all about. Treylon Burks is one of the best offensive players in the SEC and the Vols have had a lot of trouble controlling receivers this year. Especially over the middle.

Burks is currently 10th in receiving yards, seventh in receptions, and tied for the fifth-most receiving touchdowns among receivers in the SEC.

He can do it all. He has the size at 6-foot-3, 230-pounds and also has the speed. It’s been said, by Jeremy Pruitt even, that Burks can run a 4.4 – which is obviously pretty damn scary.

“Just looking at him, you see him improve every week,” Pruitt said earlier in the week. “He’s a mismatch guy. He’s probably 230 pounds, and he runs like a guy who is probably a 4.4 guy.

I think he’s got a chance to be a really, really good football player as the years go by.”

Burks can also play inside and outside, so there’s a good chance that he will be matched up with multiple players in Tennessee’s secondary. If that’s the case, then the defensive back end has to find a way to hold up and play him consistently.

“I think he’s a really good football player, Arkansas head coach Sam Pittman told reporters. “To see some of the things he does, I mean, he’s an athlete. He can throw, he can catch, he can run. I imagine he’s a pretty good basketball player. He’s probably good at track or baseball — about anything he wants to be good at.”

Burks’ only issue has been his health. He’s only played three games in full this season, but has over 100 receiving yards in all three games.

Pruitt has shown that he can gameplan and take away a team’s best player. He —and the Vols’ secondary— has to find a way to slow down Burks on Saturday night.

2. The offensive line must perform well

Did we really think we would be revisiting this after the first two weeks of the season? I certainly did not, but alas, here we are.

This group is far too talented to have played at the level it has over the last few weeks. Hopefully the bye week gave the front five enough time to get their heads back on straight before this crucial matchup.

Arkansas’ defensive line/pass rush isn’t very good. For starters, they are 10th in the SEC with nine sacks on the year and they give up the third-most rushing yards per game in the conference (178.2).

Dorian Gerald is probably the team’s best pass rusher, but hasn’t played since the season opener where he recorded 1.5 sacks. If he’s able to get going, then it will be a long day for the Vols’ offense.

But overall, Tennessee’s offensive line should have a good bounce-back game against Arkansas’ front seven. If they don’t, then it may officially be time to start thinking about making wholesale changes at the coaching positions and in terms of personnel after this year.

3. The receivers have to make plays

Arkansas has a pretty decent secondary, so this will be easier said than done, but Tennessee’s receivers have to step it up. Josh Palmer has been solid, but everyone behind him has been inconsistent. He can’t do it alone.

Freshman wideout Jalin Hyatt has the most promise to become the No. 2 guy on this team. We’ve seen what he can do in terms of stretching the field as most recently as the Alabama game. His speed should be on display again this week.

But after that, it’s almost anyone’s guess as to who will step up. The Vols should have success on the ground in this game, but you have to throw the ball eventually. It would be great if someone could step up and not only take the pressure off of the two aforementioned receivers, but also give Jarrett Guarantano some extra help.