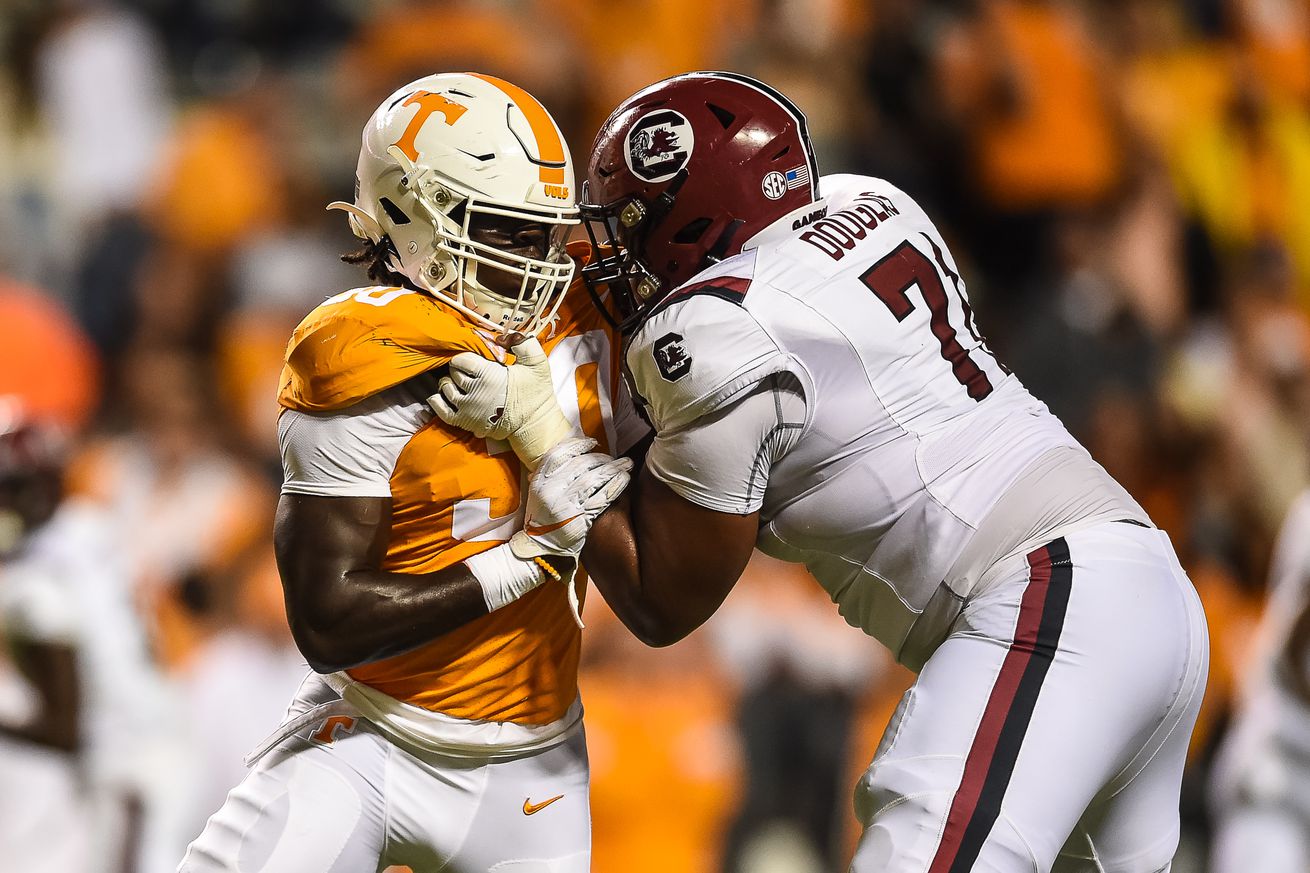 The Vols are trying to get their second win in a row over the Gamecocks on Saturday. | Photo by Bryan Lynn/Icon Sportswire via Getty Images

I feel like a giddy school boy. SEC football is back, baby!

The Tennessee Volunteers travel over/down to Williams-Brice Stadium to take on the South Carolina Gamecocks for the inaugural game of the 2020 season. Both teams will square off under the lights in hopes of starting off 1-0.

Do y’all know how good it felt to type those prior two sentences?

There are a ton of unknowns as we enter this game, but I’m still going to act like I know what it takes to win this game. So let’s go ahead and dive in to the first edition of Keys to Victory.

1. Be prepared for your opponent

This sounds elementary, but it’s important for this game.

I really don’t want to bring up scars from the past, but scars linger around for a reason: To remind you of what went wrong so it doesn’t happen again.

Tennessee cannot afford another showing like the 2019 opener against Georgia State. If the Vols come out that unprepared and unfocused against the Gamecocks, then they could lose 50-0. South Carolina’s potential mediocrity won’t matter. You can’t expect to come even close to competing in the SEC with a performance like that.

Granted, this offseason has obviously been like no other offseason in history, so no one should expect a perfect —or even great— performance. Last year was bad all the way around, however. It was really hard to find a bright spot.

The Vols don’t even have to start fast. Just come out and show that everyone is on the same page and that they know how to execute the game plan. Big plays will eventually come as long as they can do that.

2. Avoid Muschampball at all costs

Maybe it was the murky, nasty swampiness of Gainesville, but somewhere along the way, Will Muschamp learned how to make his opponents play their worst kind of football whenever he shows up.

Look at last year’s upset of Georgia. Muschampball forced Jake Fromm —who never turns the ball over— into four turnovers that included three interceptions and a lost fumble. The Bulldogs scored just 17 points in that game, but averaged 32 points in their other 13 matchups. It was the second-lowest output of the season. Only LSU held the Bulldogs to fewer points (10) in 2019.

Side Note: That may have been the most torturous upset I’ve ever witnessed. Usually upsets are fun and keep you on the edge of your seat, but I actually just wanted the damn game to end. The overtimes were the worst!

The Vols have to avoid getting down in the muck with the Gamecocks. They showed some issues with penalties last year, averaging a little over six per game, so it will be crucial that the Vols don’t beat themselves, as well.

3. Get Jarrett Guarantano in a rhythm early

This will be a bit tougher than it sounds because South Carolina’s defense isn’t going to be a cakewalk. They have talent at some really important spots and Muschamp usually has this side of the ball ready to go.

Regardless, the Vols need to find a way to get Guarantano settled in early. I’d love to see Tennessee come out with some quick passes to Josh Palmer, Ty Chandler, etc. in order to build some confidence and get the senior quarterback in a rhythm. Play-action early on would be extremely helpful, too.

We know the Vols are going to want the ball. But they’ll still need to make plays in the passing game to really put South Carolina away. We’ve also seen Guarantano get in a funk early, which can put the team behind or hamper them to the point where the Gamecocks are still in it in the fourth quarter.

Plus, it’d be nice to see Guarantano have a great opener in his last year. I’m certainly rooting for a big year out of the kid.

A lot of eyes are going to be on this offense, especially with the offensive line finally coming around. It’s going to be exciting to see how everything unfolds.

What’s your key or keys to the game? Let us know in the comment section below!