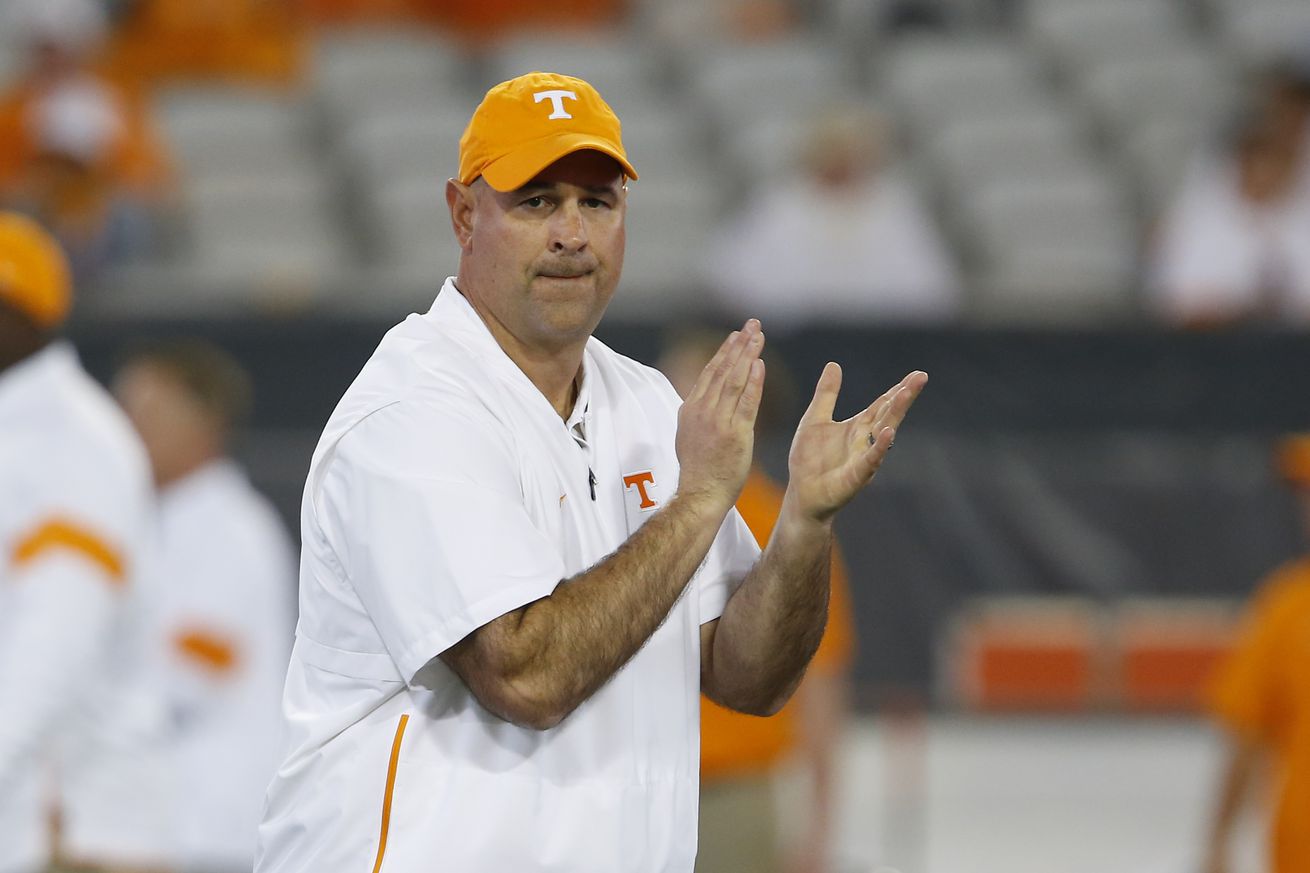 With the changing college football landscape this year, of course the oddsmakers out in Vegas had to adjust. Non-conference matchups in the SEC were canceled, cutting schedules down from 12 regular season games to 10. With that, win totals had to be adjusted.

Tennessee’s new projected win total over at BetOnline currently sits at five wins. The Volunteers’ additional two opponents, Auburn and Texas A&M, didn’t do them too many favors with the oddsmakers. Add Alabama, Florida and Georgia into that mix and five wins certainly feels fair as a starting point.

Both Alabama and Georgia led the way with eight wins projected by BetOnline. Those two, of course, are the projected winners of each division in the SEC. The Florida Gators came in second in the SEC East, currently sitting with +105 odds. Kentucky and Tennessee were tied for third place, both with 14-1 odds.

As far as the overall conference odds go, it was Alabama leading the way with -130 odds, followed by Georgia at +250. Tennessee was tied for seventh with Kentucky and Mississippi State at 80-1 odds.

Though the College Football Playoff has said that they are ready to operate this season, national title odds were not offered at this time.

What are your thoughts on the five projected wins for Tennessee? Let us know below.