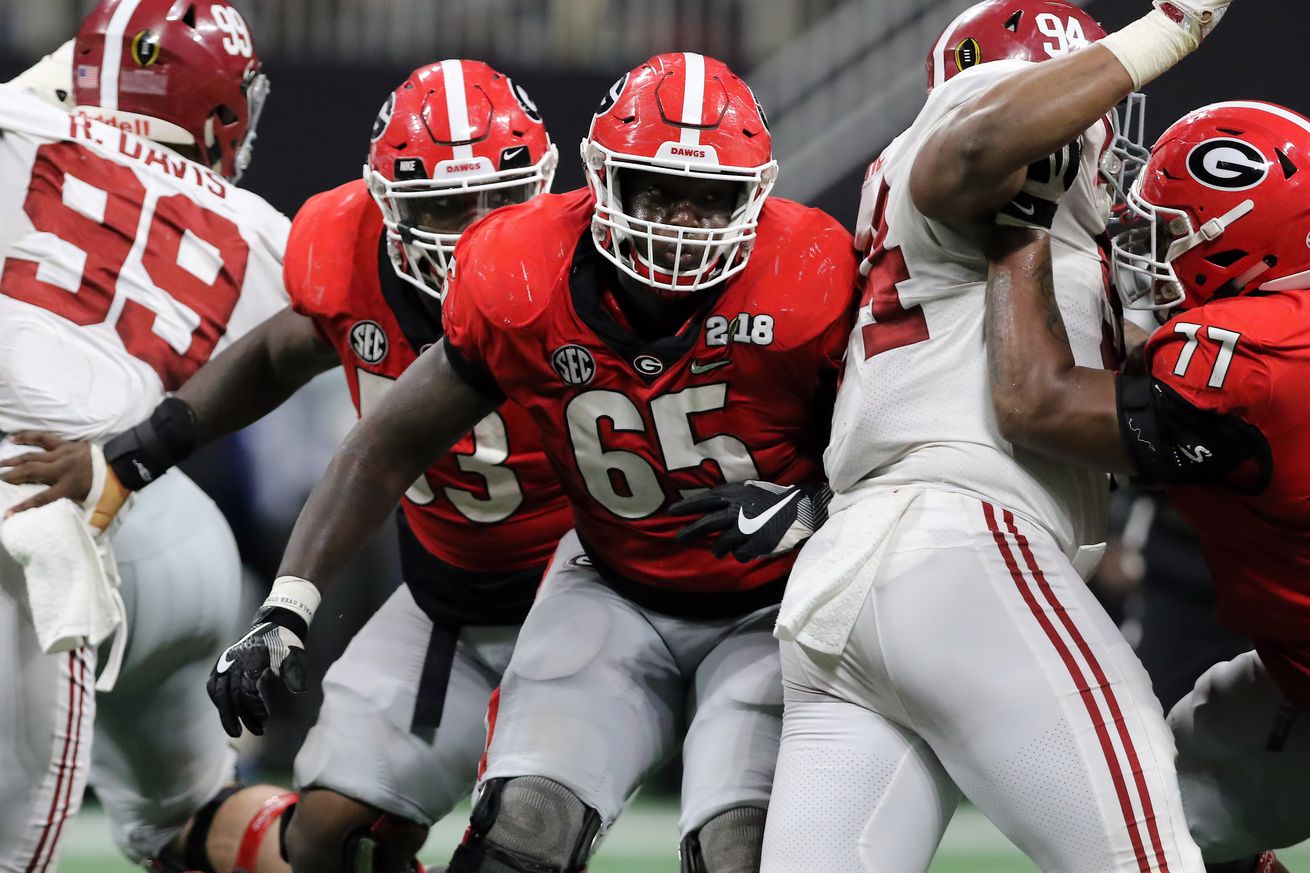 Look, it’s Friday, and we’ve covered the loss to UGA plenty for a buncha guys who don’t get paid a lot.

But outside of all the things Tennessee did wrong, Georgia made a play that disgusted me the same way I get disgusted when a two-day-old Mickey-D’s cheeseburger comes out the microwave at 2 AM. It was a chop block, and it’s one of the dirtiest, most iniquitous (often, not always) plays that exists in an inherently violent sport.

(That’s not poor-shaming or trying to make anybody feel bad about what they eat or what they can afford to eat. It was just a joke trying to make an apt comparison about things that are typically gross. I re-heat fast food all the time, and though later I may regret it, I feel no shame for those life choices.)

Devil’s advocate, momentarily: The job of an offensive linemen is hard — a lot of times they’re blocking one guy initially in a direction the defensive guy doesn’t want to go, but then the OL’s gotta get upfield, move on from his first block and subsequently block another guy in the second level — typically a linebacker or defensive back. In general, the horde of massive humans turbulently colliding at the snap looks like a total shit-show, especially to the untrained eye (me), and bad things can happen.

But with all this physical chaos that occurs in literally seconds, play after play after play, there are rules in place to try and best protect the safety of the players. My relevant example: The chop block rule basically disallows an OL from blocking a defender below the waist when that same defender is currently engaged with an OL who is blocking him above the waist. Often, and most dangerous, is when the OL chop blocks the DL from behind or the side. Again, things in football happen quick, sure. But you nor Johnnie Cochran nor Leo Dicaprio’s character in “The Wolf of Wall Street,” could convince me that this kinda play is accidental not 100-percent heinous at its core. The play that has me all riled up at 2:15 AM on Friday morning, nearly a week after it happened:

Thankfully, UT DL Elijah Simmons injury wasn’t serious. And because he’s likely part of the next step in human evolution, Simmons even returned and played more later in the game.

What really grinds my gears is that this isn’t a one-time screw up by a Georgia player who wasn’t thinking and made a mistake. Let’s rewind to 2015.

Tennessee Freshman DT Shy Tuttle Out For The Rest Of The Season With Broken Fibula Because Of This Play vs. Georgia pic.twitter.com/vejaV4dpJO

Now, this is a little different from the block from Saturday, because Tuttle wasn’t engaged with more than one offensive lineman. It was a one-on-one situation, and the GA OL was supposed to be blocking Tuttle inside, away from the direction of the play.

But he lost leverage, and instead of finding another Vol to hit somewhere else, he BLATANTLY dives at the back of Tuttle’s legs. OL are known to cut block, which is just really diving low at the defender’s legs at the snap, but that often happens at the snap when the lineman are facing each other. This play could be justified as a chop block gone wrong by someone trying to cover their asses with a pair of stained-up whitey-tighteys.

Getting beat and then diving at the back of your opponent’s legs is despicable. I mean, like snatching a older woman’s purse after you’ve helped her cross the street kinda abhorrent. You know how restaurants serve draft beer? That beer travels through lines, or tubes, basically, from the keg to the tap and into your glass. Most say that those tubes should be cleaned every two weeks, and that’s probably not totally necessary, but check out some tubes that definitely were not cleaned every two weeks:

That play ended up breaking Tuttle’s leg and causing him to miss the rest of the season. For the record, Tuttle signed a post-draft FA deal with the Saint and played all 16 games recording 18 tackles and two sacks. He’s still in the NFL and looking at the possibility of a long NFL career if he can stay healthy.

OPINION: The NCAA needs to change the cut block rule and make the consequences similar to targeting plays. The potential for injury is the same, if not greater, and OLs deserve the same sort of protection.

Brandon Kublanow, No. 54 for GA who made the “block,” is not in the NFL. He’s doing commercial real estate in Georgia. He’s probably doing okay financially — a former football player selling real estate in the are where he played college ball — but I didn’t check because I don’t care. I typically wish ill-will on NO HUMAN, but, hopefully Kublanow sits down at his favorite watering hole, after a long day of answering the phone and sending emails, and drinks a lot of draft beers at this place doesn’t EVER clean their draft-beer keg lines.

One can’t help but think this isn’t coincidental and is something if it’s not coached than certainly it’s not discouraged in Athens. That’s just my guess, though.

Kublanow, if you’re ever in Knoxville, hit me up, and I’ll buy you a beer — from the tap, obviously.