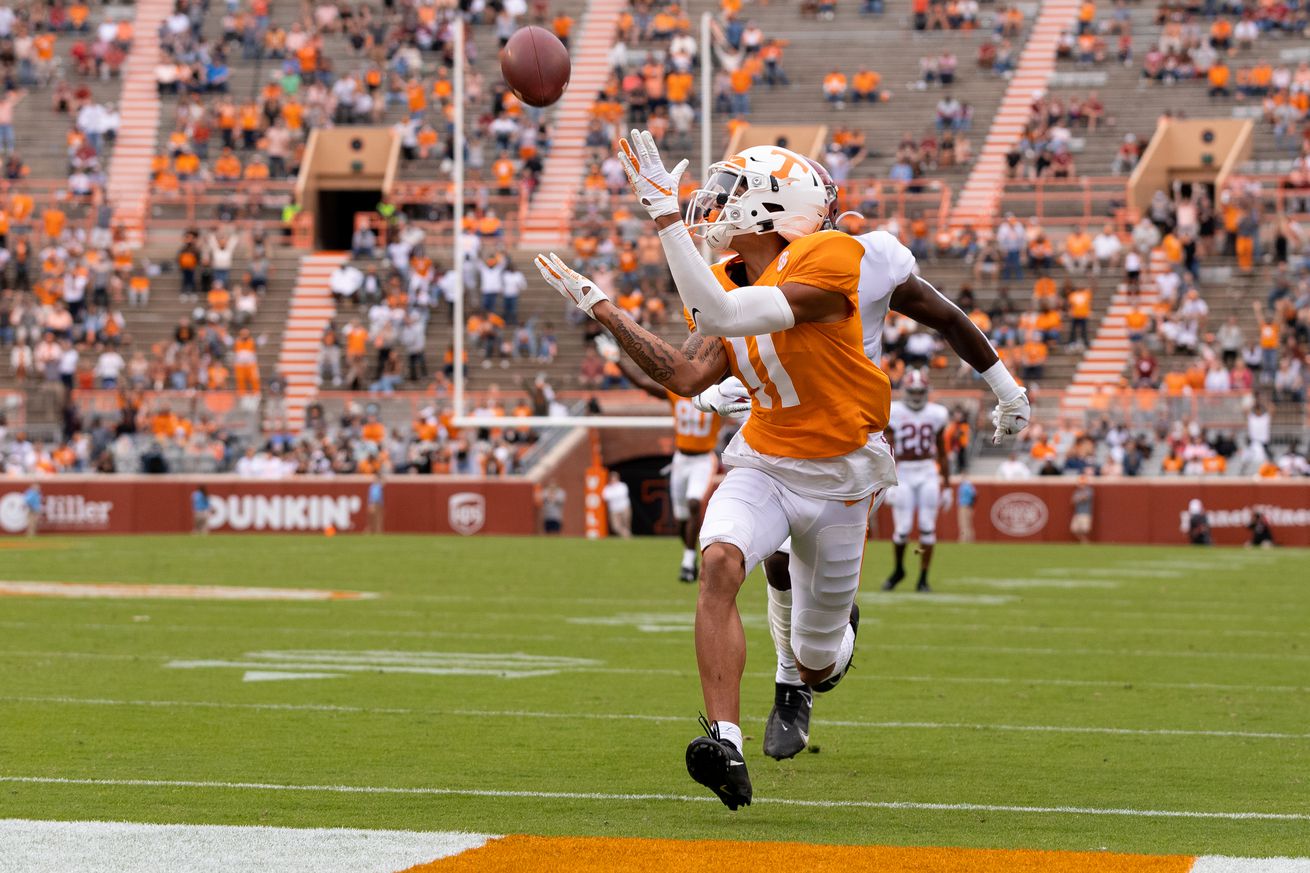 It’s time for a youth movement.

Tennessee has four game remaining on their SEC-only schedule in 2020, three of which figure to be tough ones. The Volunteers now close with Auburn, Vanderbilt, Florida and Texas A&M, pending COVID situations around the league.

Based of how things went in the second half against Arkansas, it’s going to be a tough road to close out this season. Tennessee added a surprise bye week after the Texas A&M postponement, offering another week of valuable practice. The open date is another opportunity to shake things up, which is something that didn’t happen against the Razorbacks.

“We obviously didn’t create enough explosive plays in the passing game,” Pruitt said last week after the loss to Arkansas. “As a coaching staff, we have to do a much better job of creating opportunities for our guys. We have some really good playmakers on the outside. I felt like the way the box count was, our offensive line did a really nice job in the first half. I felt like there were some plays out there on the perimeter that we’ve got to be able to call and dial them up to give the guys an opportunity to have success. That’s on us as a coaching staff to get that done.”

That sounds like a direct message to offensive coordinator Jim Chaney, who put forth one of his worse efforts of the season in Fayetteville. Now Tennessee has nothing to lose. They’re staring a three, potentially even a two-win season in the face, so it’s beyond time to shake things up.

Here are the two things I would do.

I’ve said it for the past two weeks. Continuing to start your fifth-year senior in a season that has already been lost just doesn’t make any sense.

Guarantano hasn’t been good enough to warrant the amount of support that he’s received from this coaching staff, however, thanks to COVID, quarterbacks behind him have been lagging in development.

Harrison Bailey had his spring taken from him after enrolling early. He was then forced to quarantine during the open of fall camp, robbing him of several key practices. Brian Maurer was dealing with a hamstring issue during fall camp, while also missing out on those valuable spring reps. Maurer looked completely lost against Arkansas in limited work.

It’s a tough spot for the staff, which is understandable, but it’s time to look to the future.

Bailey has now been through a handful of weeks of practice, which includes two bye weeks. He’s seen action late in two games, mopping up against both Kentucky and Arkansas. But there’s a big difference between mop-up duty and going through a week of game-planning for an opponent.

The former five-star quarterback may not be ready, but the product on the field right now with Guarantano isn’t worth keeping him on the shelf for. For better or for worse — and it can’t get that much worse — start Harrison Bailey.

Keep Jalin Hyatt on the field.

Have you watched the Alabama offense over the last three years? It’s built differently than we’ve ever seen, predicated on speed and big plays. Nick Saban has changed his philosophy over the years, embracing football’s overall offensive shift.

Guys like Henry Ruggs, Jaylen Waddle and DeVonta Smith are game-changers, with or without the ball in their hands. The presence of those guys force you to take notice, likely shifting a safety a couple steps deeper or playing softer overall coverage.

Obviously, to accomplish a final result like Alabama’s, you better have the players. Let’s be honest, Tennessee isn’t there yet. Far from it, in fact.

However, Jalin Hyatt fits the mold of those speedsters. We’ve seen flashes of it this year, ironically against Alabama. With Hyatt in the game opposite of Josh Palmer, defensive coordinators have a couple of downfield playmakers to worry about. If I’m Jim Chaney, I’m opening things up a little bit more. Take the lid off of this thing and let’s leave the run-run-pass days in the past.

Let Hyatt run like he did against Alabama and watch how it opens everything else up in the run game. While you’re at it, mix in Malachi Wideman, Jimmy Calloway and Jimmy Holiday. This offense badly needs a shot in the arm, and the youth in the class of 2020 at least has the raw tools to open things up.

It may not work, but maintaining the status quo sure isn’t either.