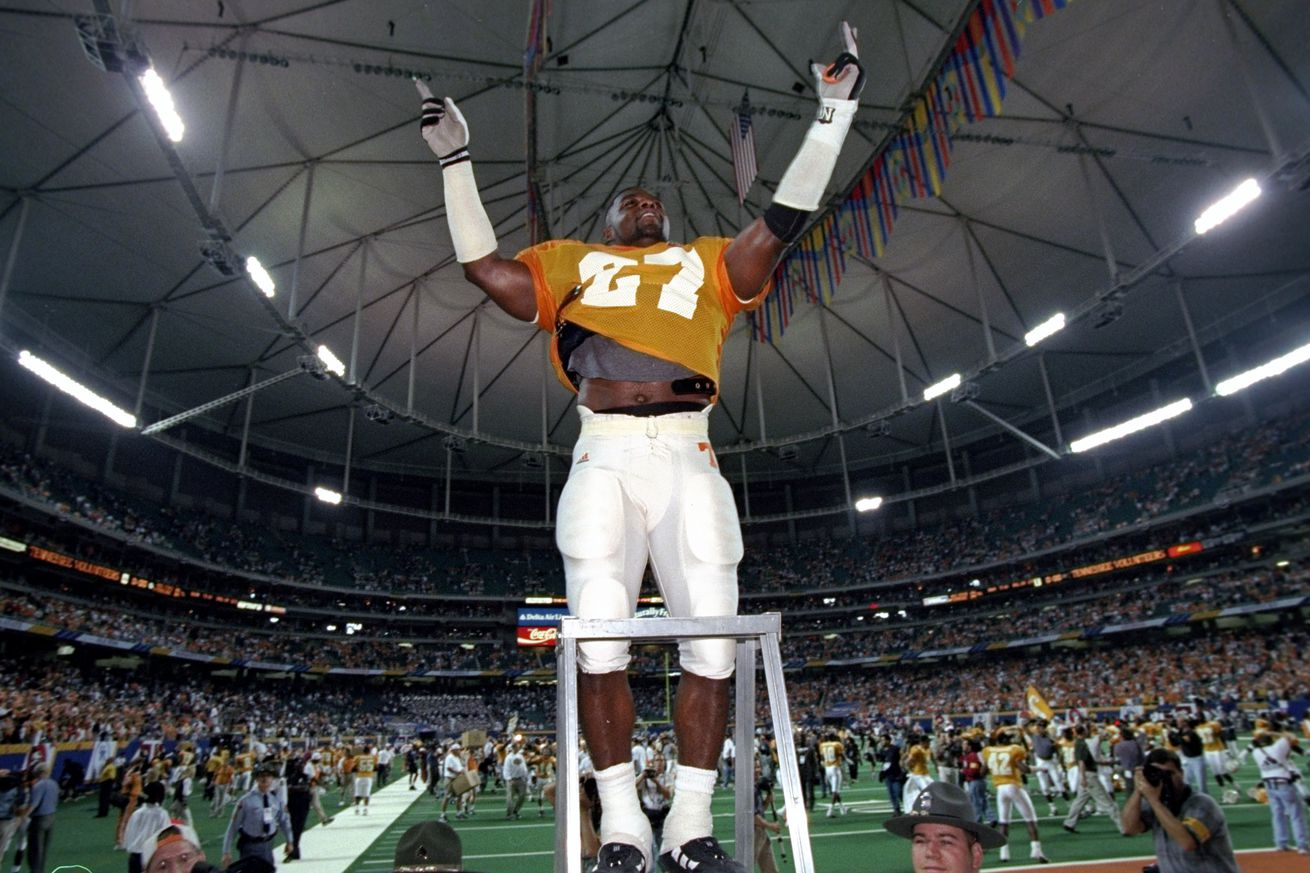 A guy who knows a little something about winning.

Jeremy Pruitt has no shortage of former Tennessee legends that he can call upon to get his team fired up and ready for the next game. This week, it was former linebacker Al Wilson.

Wilson is a former first team All-American and helped lead Tennessee to a national championship season in 1998. His picture now hangs on the back of the scoreboard at Neyland Stadium, joining Jason Witten and Robert Neyland.

Wilson went on to become a first round pick in the 1999 NFL Draft, selected by the Denver Broncos 31st overall. After five Pro Bowl seasons, Wilson officially called it a career in 2008.

He’s just one of several guys that have come through Knoxville and done things the right way. Wilson noted in his speech how he and his former teammates watch games together and breakdown the game live, seeing who failed to fill their gaps or who missed a block.

Wilson left the team with this.