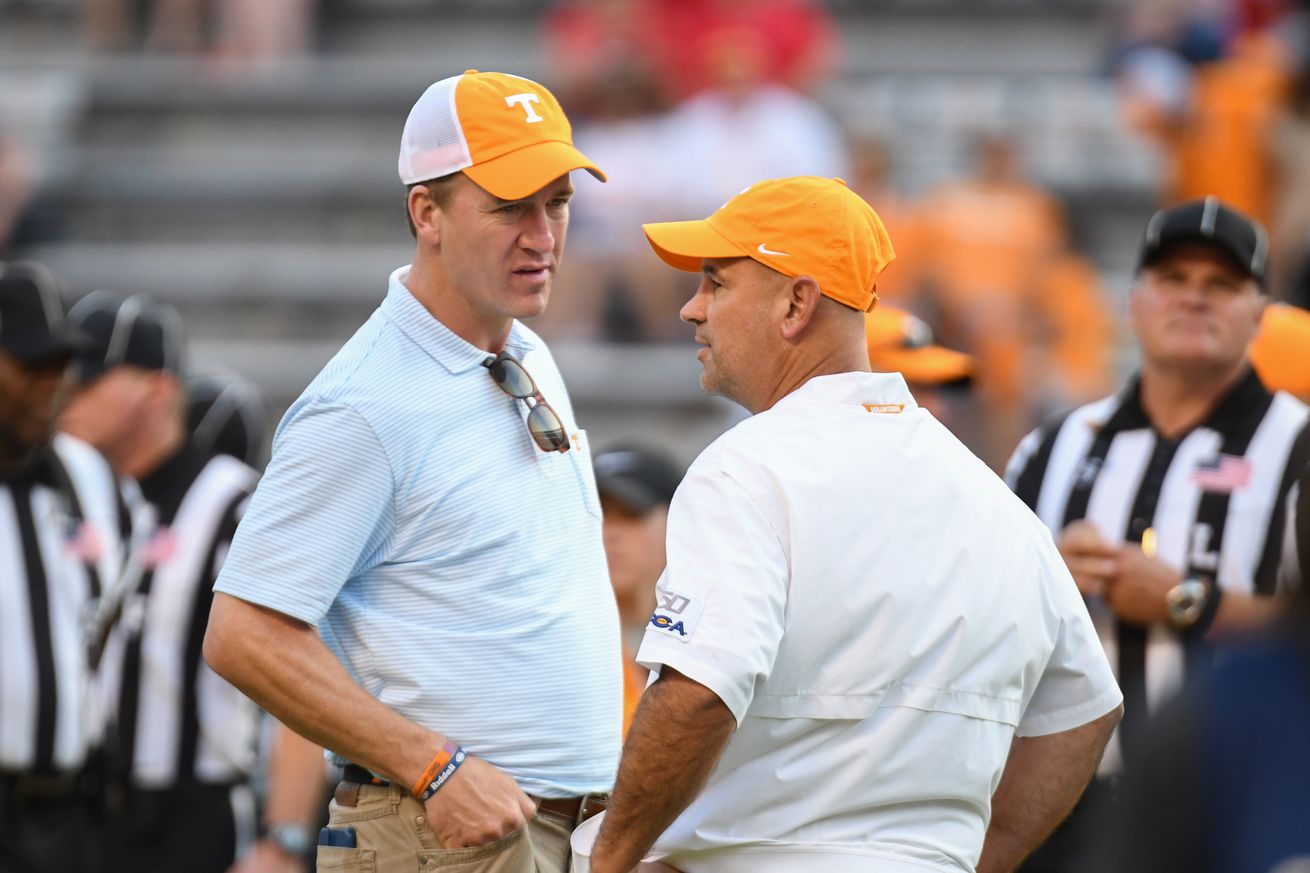 Just like you and me, Peyton Manning is looking for things to do at home during this strange, difficult time. For the past week, he’s taken up crashing video classes and meetings at The University of Tennessee.

His latest work is shown below, taking part in a virtual quarterback meeting with coach Chris Weinke.

The Sheriff joined the Quarterbacks meeting earlier this afternoon to share some knowledge with our QB room.#VFL // #PoweredByTheT pic.twitter.com/YKejbltzIt

“You guys have a real opportunity to take some real ownership as leaders and lead the offensive troops,” Manning told the passers. “Organize whatever meetings, whatever you’re allowed to do, you guys should be the ones playing the role of the quarterbacks coach, the offensive coordinator, the head coach if you will. Because the coaches are limited now in what you can do. It’s a chance for you guys to really display some ownership and leadership and guys are going to follow you, right? It’s not necessarily about a rah-rah speech. It’s about putting the work in and having it organized, whatever it may be.”

Tennessee’s quarterback room is led by senior Jarrett Guarantano, who bounced from starter to the bench to starter once again last year. Brian Maurer and J.T. Shrout were set to push Guarantano this spring, along with five-star freshman Harrison Bailey. But that’s all been put on hold for now, creating a unique situation that Manning compared to the NFL lockout in 2011.

Spring practices and scrimmages have already been canceled. The NCAA now has a decision to make on how and when to open up on-field practices to replace that missed time — if that’s even possible this summer.