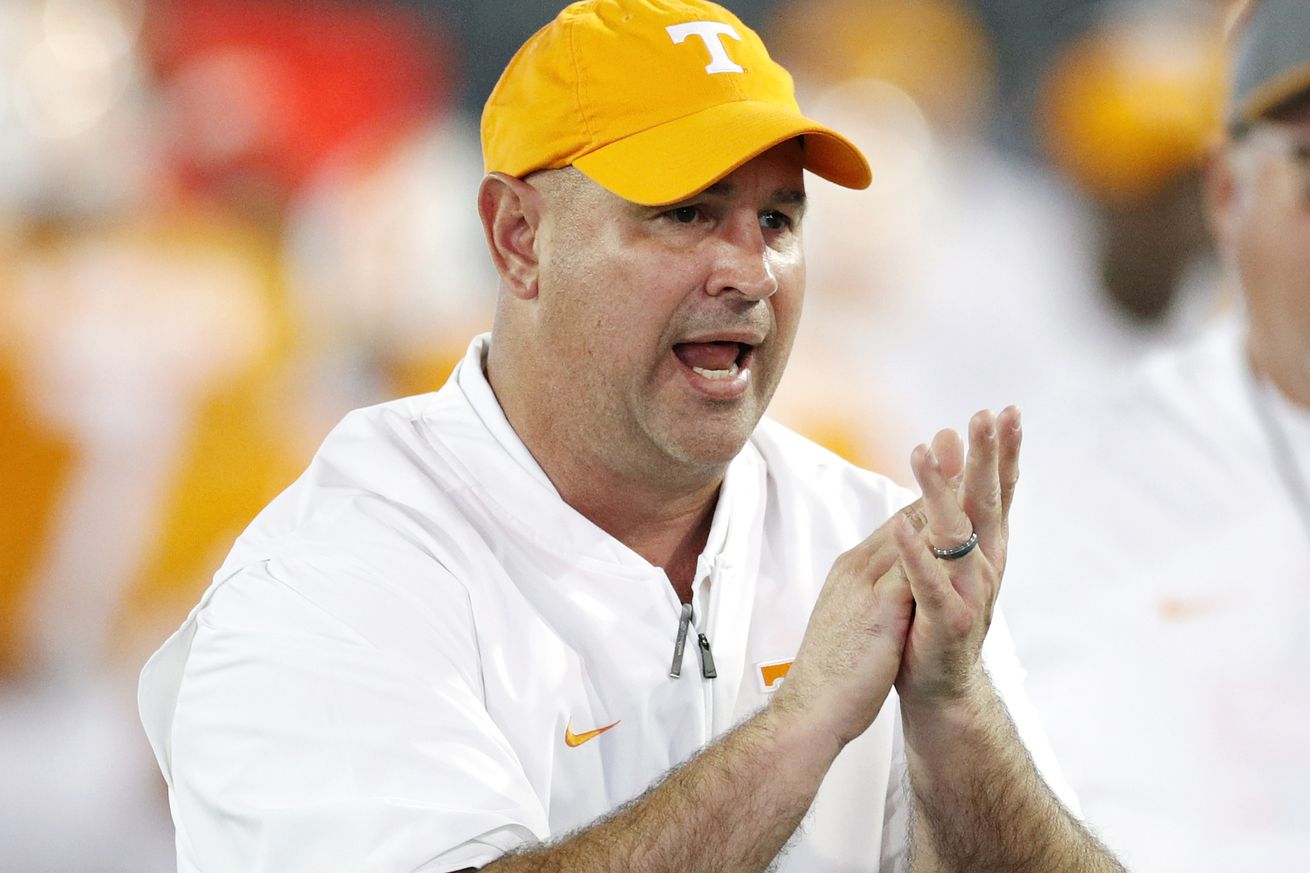 Who would fill in?

Playing through a pandemic seems to create a new issue daily for football coaches across the country. From new protocols to an altered schedule, everyone is rolling with the punches and simply trying to have a 2020 season. That effort requires planning for every scenario — including not having your head coach on gameday.

Jeremy Pruitt has laid out plans for a potential loss of a coordinator, but what happens if he’s forced to miss a game? He was asked about that scenario on Thursday.

“Tee is the assistant head coach,” Pruitt said. “Jim Chaney, I think he’s the winningest coach in the history of Tennessee football at 1-0. I know he wouldn’t want that. He’s going to take that mark with him for the rest of his life. He would absolutely be out. Obviously it would be Tee.”

Chaney coached the final game of the season for Tennessee in 2012, filling in for Derek Dooley after he was fired. The Volunteers beat Kentucky on that day, 37-17. Martin has served as offensive coordinator at USC before moving to Tennessee as the receivers coach and assistant head coach.

Tennessee is also working through contingency plans on the roster in the event that key players are forced to miss games. The Volunteers had over 40 players miss practice last weekend due to injury or COVID-19 contact tracing. It seems inevitable at this point that guys will miss games — both on the roster and on the coaching staff.

SEC programs have two weeks to make final preparations before the season begins on September 26th.