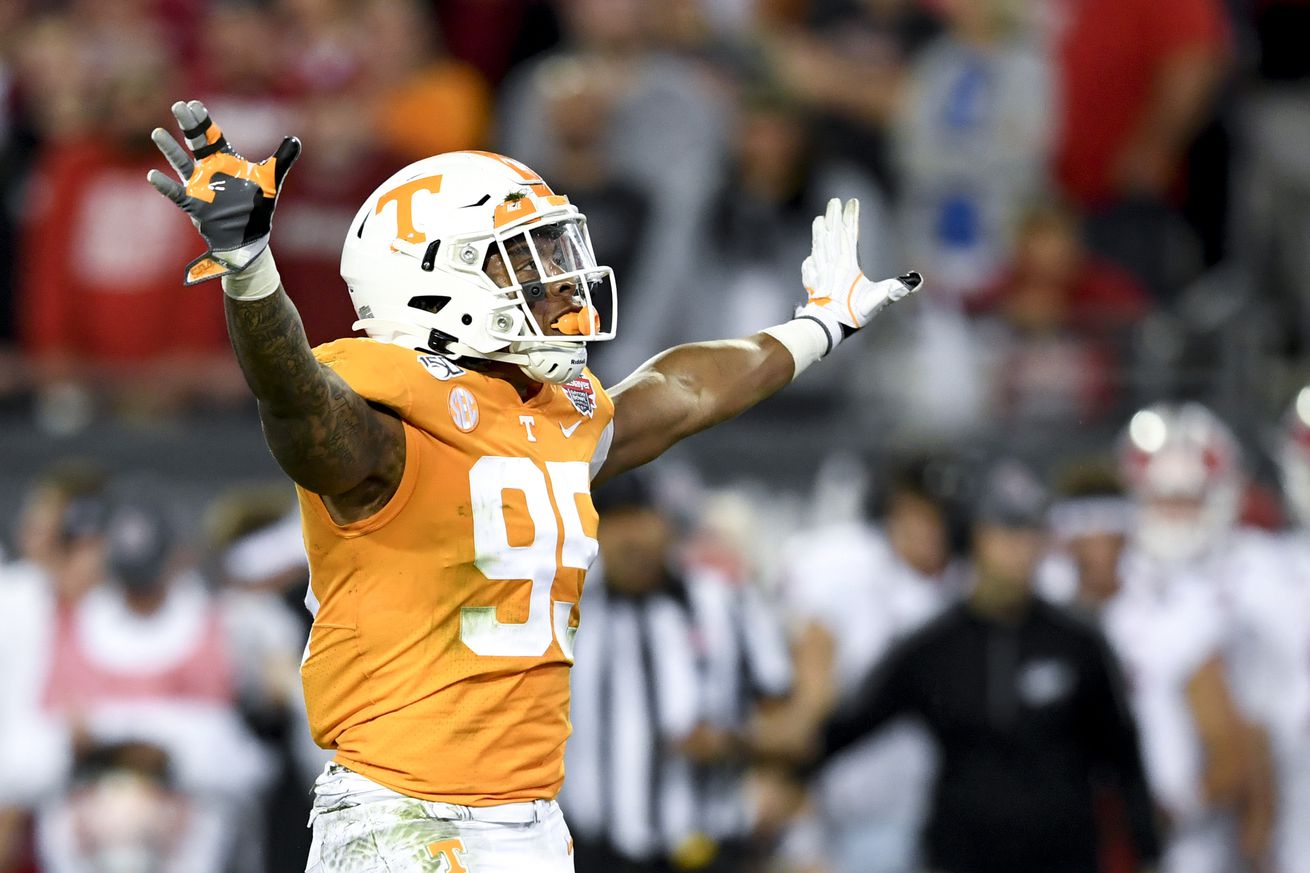 As with any team, there are spots on the roster that will inspire confidence, and some that will cause concern. One that currently has me worried? The Tennessee pass rush.

Let’s face it — the pass rush hasn’t been all that great since Derek Barnett left for the NFL. The Volunteers put up respectable numbers in 2019, tied for 32nd in sacks per game, but plenty of that came from blitz schemes from Jeremy Pruitt and Derrick Ansley. Now Tennessee’s best pass rusher from last year is a Seattle Seahawk.

Darrell Taylor put up 8.5 sacks last season, but after that, it was middle linebacker Daniel Bituli with the next best total at three. Defensive back Shawn Shamburger also was credited with three.

All of that to illustrate one simple point — there’s likely not one returning guy at this position that will be able to fix Tennessee’s pass rush by himself. Returning to the equation are a few veterans who are still largely unproven. Deandre Johnson and Kivon Bennett are the most likely upperclassmen to see action on the edge of the Tennessee defense. Those two bring a combined 7.5 career sacks to the table, which is a far cry from the production that Darrell Taylor offered.

Joining the mix as freshmen will be four-star prospects Tyler Baron and Morven Joseph. Tennessee is going to have to have both step up and into the rotation pretty quickly to address depth concerns. Each of these blue-chippers offer ideal size at the position, but it’s always a mystery to see how newcomers adjust to the speed and strength of SEC play. My gut tells me that Joseph or Baron will become a primary pass rusher for the Volunteers sooner rather than later.

Roman Harrison is another option here after coming on a little bit late in the year. He ended up with two sacks as a freshman, each coming in the final two games of the season. We can’t write off Quavaris Crouch as an option either, though it is assumed that he will handle more of an inside linebacker role this season after the departure of Daniel Bituli. Still, Crouch played plenty on the outside last season and could return to that role in sub-packages this fall.

It’s important to stress the ability of this coaching staff to mask a potential pass-rushing deficiency as well. We mentioned above that a middle linebacker and defensive back were second on the team in sacks in 2019. Pruitt and Ansley have proven more than capable of scheming up pressure, but it’s always nice to be able to have rushers than can win a one on one battle. That’s just something that I’m not sure the Volunteers have on the roster right now.

Outside linebackers coach Shelton Felton has options and numbers here, but someone is going to have to step up and emerge from the pack. Expect a heavy rotation early on as the coaching staff lets this competition play out.