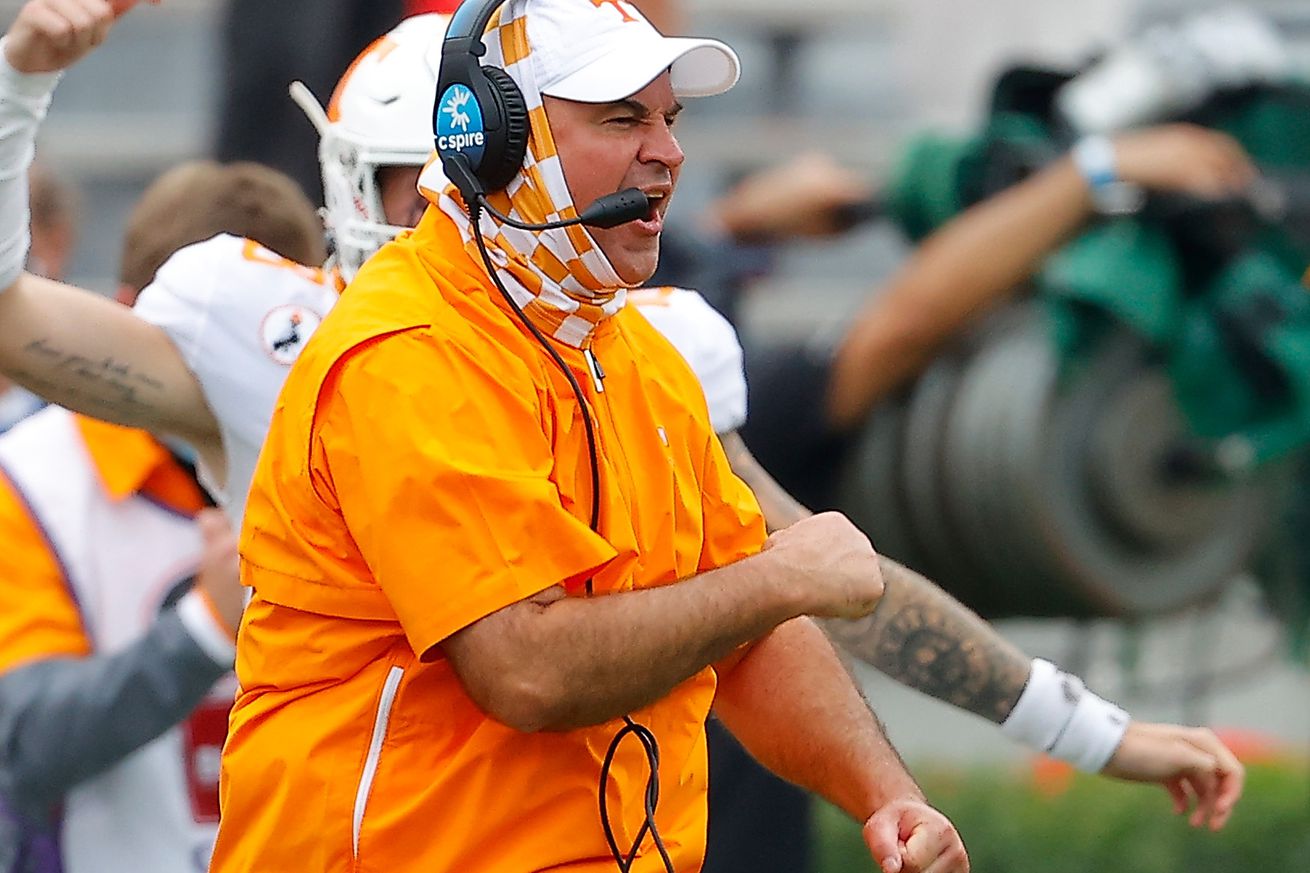 This weekend, the Tennessee Volunteers (2-3) are on the road to Fayetteville to face the Arkansas Razorbacks (2-3). For many, this game could be the straw that breaks the camel’s back. In Jeremy Pruitt’s third season at the helm of the Volunteers football team, the results have been lacking.

It’s been widely chronicled that Pruitt has struggled to win the games that he was brought in to win. In year three, many expected Tennessee to run through the likes of Vanderbilt, Kentucky, and any others not named Alabama, Georgia, or Florida – even though the hope was that the gap between the Vols and those three latter teams would be much closer than the scoreboard bears out.

While it may be true that from a roster standpoint Tennessee is closer to its biggest rivals than it once was, it’s still not showing up on the scoreboard. That has left many fans feeling discouraged with Pruitt and his unwillingness to alter course; for example, he’s been steadfast in sticking with fifth year senior quarterback Jarrett Guarantano, a decision fans have mostly derided as of late – at least on social media. While backups Brandon Maurer and JT Shrout haven’t been able to supplant Guarantano – a concern in and of itself – fans on Rocky Top are calling for freshman Harrison Bailey from the rooftops.

The Razorback defense isn’t necessarily strong, and it’s certainly not Kentucky strong, which is a top 25 defense in several regards. Opponents are averaging 423 yards per game, which makes Arkansas 64th in the nation, according to Team Rankings. At 5.2 opponent yards/play, the Razorbacks are 40th in the nation. But as far as redzone scoring percentage goes, Arkansas is giving it up 66 percent of the time, which is 10th best in the nation. That means Tennessee is likely going to have to break a big play once or twice in the game to make the difference. But many of Arkansas’ passing defense metrics are ranked worse than 60th in the nation, including opponent completion (65 percent, 77th), opponent pass yards/game (245, 62nd), and sack percentage (4.31 percent, 79th).

What’s at stake in Arkansas this weekend is more than a simple win or loss. While the team is focused on ensuring this season isn’t lost, the fanbase is trying to ensure it doesn’t completely sour on Pruitt and company. This is a necessary win for Tennessee because, quite simply, it’s a game they’re supposed to win. If the Vols can’t win games they’re supposed to win, then they certainly can’t be expected to win longshot games. If that’s the case, then maybe there is a curse on the team in Knoxville.

But a win this weekend isn’t really a win, either. It’s a shuffle in the right direction, sure, but it’s more like a temporary respite from the pouring rain all around. We already know fans in Knoxville are disillusioned, but I don’t think they’re outright angry and done yet, like we’ve seen in the past. But if Pruitt can’t get the job done for a fourth consecutive week, and in a game they should win, calls for his job will start to rain down. When seasons of losing have been endured for so long, there’s only so much leeway a head coach can hope for.

With all that said, oddsmakers favor the Vols on the road, but not by much. At Bovada, Tennessee (-1.5) is favored, while Odds Sharks expects the Vols to win, cover the spread, and to go under (52.5). Tennessee wins this one, but it’s closer than many of us would like: 28-20, Vols.