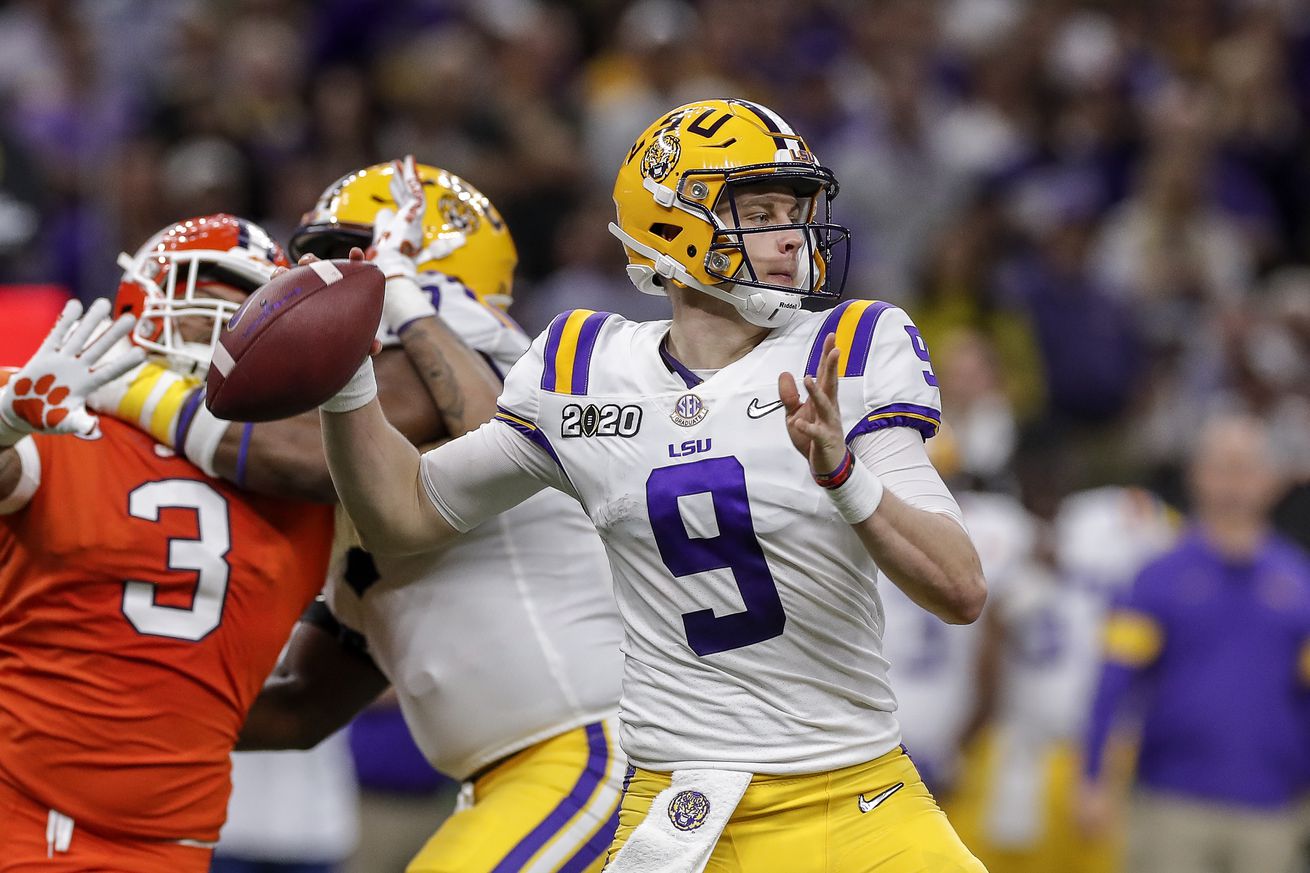 The defending champion LSU Tigers would be an interesting matchup, no? | Photo by Don Juan Moore/Getty Images

Ranking the remaining teams that are not already on the schedule.

As of Thursday afternoon, the Tennessee Volunteers, along with the rest of the SEC, will move to a 10-game, conference-only schedule in 2020.

When it comes to the traditional schedule, Tennessee usually plays eight conference games and four out-of-conference games. If you’re not good at math like me, that means two extra SEC opponents will be added to the 2020 slate of games.

There’s current speculation that the opponents will be Ole Miss and LSU, but no one has heard anything official as of yet. A report from 247Sports states that the SEC has a few different schedules completed, but needs to vote to determine which one to use.

If the league simply used the next two opposite-division rotation, it would disrupt the 2021 and 2022 schedules. Some are not in favor of such a model, thus a new scheduling model is expected to be used.

Last year’s win over the Bulldogs helped turn the Vols’ season around last year. I’ll admit, I didn’t have them winning that game going in.

As much as I’d like another pretty-much-guaranteed SEC win on the Vols’ schedule, I’ll have to pass on the rebuilding Bulldogs. The Vols simply don’t need cheap SEC wins to boost their record anymore after a 5-3 record in SEC play last year.

This would be a really intriguing matchup. The Aggies are a team seen as up-and-coming (kind of like the Vols) and have a lot of good players on the team to go along with Jimbo Fisher, who is one of the best coaches in college football.

Kellen Mond is also a really good quarterback. How would Jeremy Pruitt and Derrick Ansley game plan to stop him and the Aggies’ offense?

There isn’t a whole lot of history between these two teams. Actually, there’s pretty much no history. The Vols and Aggies have met a total of three times in their respective existences, but hey, that just means it’s time to start making some memories.

No matter how you slice it, there will be plenty of storylines to monitor if these two teams end up meeting.

Pruitt’s coming out game was against the Tigers of Auburn in 2018. The Vols went down to the Plains and shocked the SEC with a 30-24 win that was more dominant than the score showed.

The defense stymied Gus Malzahn’s offense. Jarrett Stidham looked like he belonged in JUCO. The Tigers had won the last six matchups before that game and it was the win that broke the Vols’ SEC losing streak, so it was a big deal.

Round 2 should be just as exciting. You know Malzahn will be chomping at the bit to get back at Pruitt and you know Pruitt will be looking to flex even harder this time around.

Both teams are set up to have good seasons and this game would be a big indicator of where the programs stand in terms of competition.

Plus, the Vols haven’t beaten Auburn in Neyland since 1999. It’s time to end that streak, as well.

This ranking may surprise a lot of folks and I get it. When you are in the same conference as the defending national champs, they’re usually the first pick of the litter when it comes to choosing an opponent.

The Tigers —and their weekly opponents— will likely be at the forefront of most conversations this year. Many eyes are sure to follow wherever they go and whomever they play.

But LSU lost a lot from last year. Like a lot a lot.

I don’t know how this team is going to look in 2020. That’s not to say they won’t be any good, but it would be a lot different if just Joe Burrow returned for another year. That would certainly move this matchup to the No. 1 spot.

Regardless, this would be an excellent measuring-stick game for the Vols and a matchup that could put them on the map if they were to take down Ed O’s bunch.

This is obvious. How awesome would it be to watch Lane Kiffin come back to Neyland as head coach of the Ole Miss Rebels?

The Vols have yet to face a Kiffin-led team since his departure after the 2009 season. Sure, he’s been back as offensive coordinator, but he has yet to play the Vols while he’s head coach.

Don’t get me wrong, Kiffin has shown promise as head coach, but something tells me the Rebels are going to be pretty down in 2020. There are questions at quarterback and how the current personnel —who were in a run-heavy offense under former coach Matt Luke— will adapt to Kiffin’s offensive scheme.

I say all this to say this: How great would it be to lay the smack down on Kiffin in Neyland?

Which team do you want to see the Vols add the most to the 2020 schedule? Let us know via the comment section/poll below!