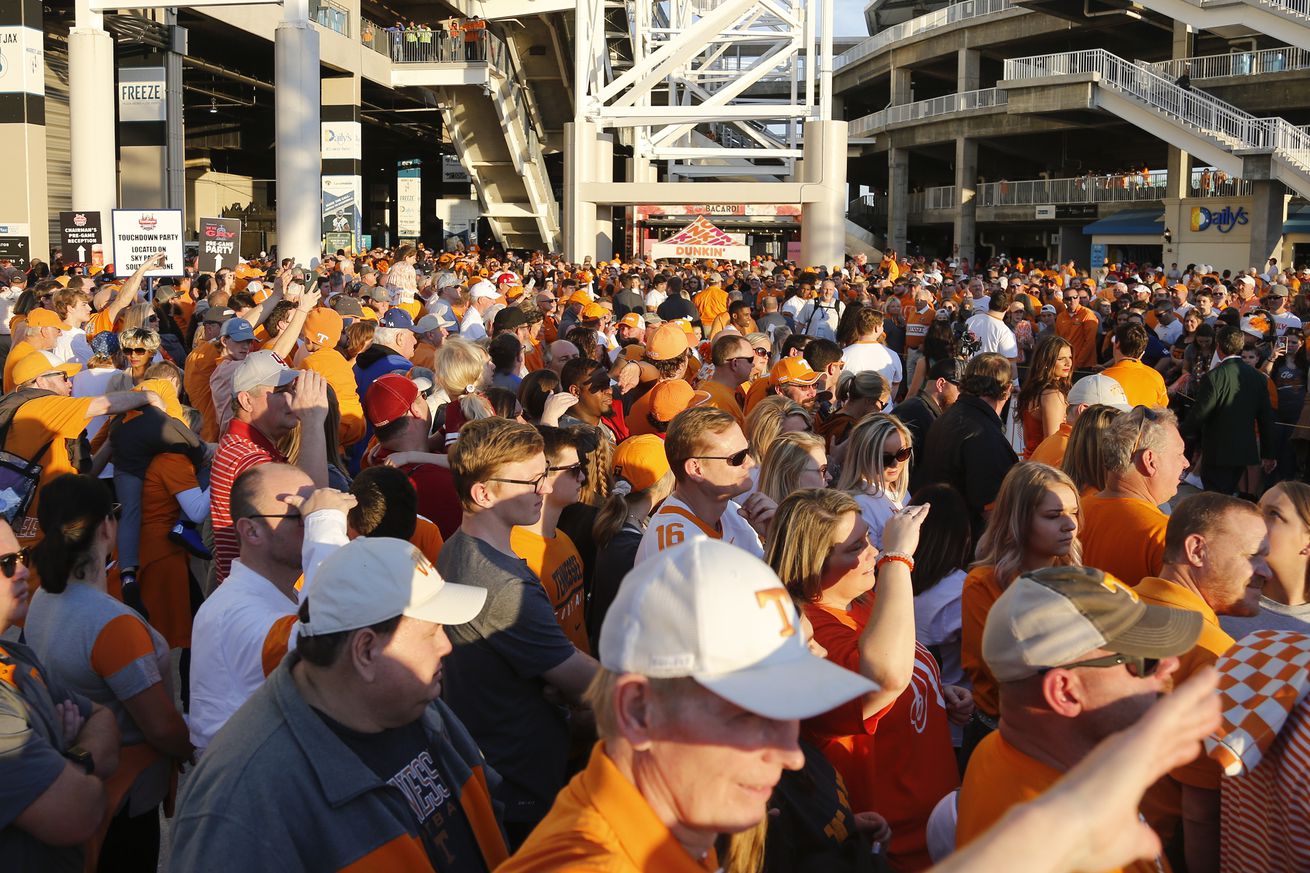 Weighing the two main options as of now.

The hottest topic in the college sports world right now is the idea of spring seasons. Rather than trying to “power through” a fall/winter sports season—which could easily be shuttered at a moment’s notice—a proposal to push every season to spring or summer 2021 has lingered in the air.

At first, the idea was met with straight dismissal. Then, it was viewed as a nonsensical scenario. Now, with coronavirus numbers hitting new peaks all across the south, a spring season for football (and other sports) is being taken seriously.

Rather than watching the sea of orange comes ashore in November…could it happen in February?

With all that being said…if the powers that be opt for a spring season, it’s fair to wonder: would Tennessee football fare better than they would in fall?

Our verdict: A spring season would be more beneficial to Tennessee than a fall season.

One of the biggest concerns with a spring season is the possibility of players declaring for the NFL draft and just skipping one more year of college football altogether. It makes sense if you’re a top prospect. The NFL has not made any radical changes to its draft plans, and by all indications, they want to go ahead and draft regardless if a college football season takes place. If you’re highly regarded, why risk an injury just a couple of months before your potential payday? At least in a fall season, you can have more recovery time and more prep for the draft process. Spring just takes that away.

My thinking is this: The risk of certain players declaring for the draft and sitting out a spring season is much lower than others would have you believe. There are maybe two players on Tennessee’s team right now who got confirmation they’d be a top-50 pick. Trey Smith and Cade Mays. No one else likely received anything better than a late 2nd round grade.

That matters, because anything beyond the 2nd round becomes a lot bigger of a crapshoot. If you get a mid-round grade or anything lower, you are strongly advised to consider your option to return to school. Many players in this category benefit from another year of tape.

That’s where I see a lot of Tennessee’s roster right now. Yes, they have a large group of eligible players, but how many actually received a top draft grade? The truth is, the vast majority would be greatly served with another 7-8 games.

Early declarations would most obviously affect more elite teams like Alabama and Georgia, two of Tennessee’s toughest opponents every year. Assuming that they lose at least a couple of their stars to the draft, that means they’d be looking to much less proven commodities to fill the void.

The benefits of spring ball are felt by coaching staffs too. Tennessee’s returning production is at a decent enough level where it’s less of a rebuild, and more of a restart. They ended last season on a high note, with their end-of-season starters being pretty close to their projected starters in 2020. That means less of a system install, so the time in fall spent studying the playbook/practicing will look different than it would for a less experienced team. This factor doesn’t apply towards spring exclusively—Tennessee has an experience benefit regardless.

Overall there isn’t as many factors in spring’s favor as you might expect. The issue with practices and time to prepare doesn’t change all that much. But the few that do exist are more in Tennessee’s favor than not.

If we had to choose? Well. We just want football. All we can hope for is that our nation has the coronavirus under control in time for a 2020 college football season to be had. Some days are optimistic, and others…less so.

What do you think? Would you rather see Tennessee in a fall or a spring football season? Let us know in the comments.