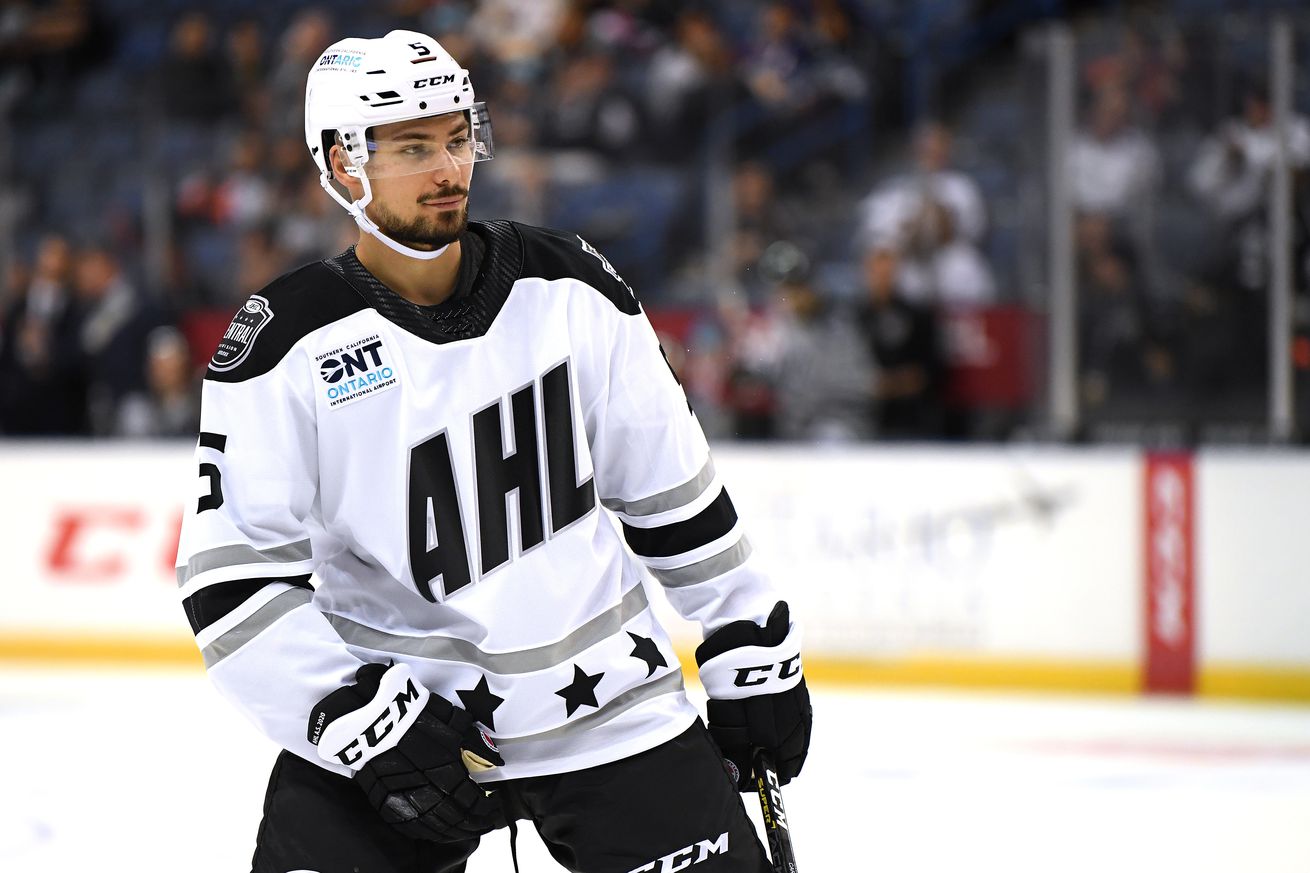 In the spirit of college hockey, I broke down the pipeline into the top performers of 2019-20.

With nearly every season for a Nashville prospect coming to an end – save for Vladislav Yeryomenko who is in the Belarus Extraliga finals – I thought I would consolidate the organization’s pipeline into two “All-Prospect” teams for the 2019-20 season.

I followed a few rules in doing so and did my best to select players based on performances relative to their own league and not others. First, no one over 25 years old was considered; this only applies to some of the veteran players in Milwaukee and Florida. Second, I did my best to remain true to forwards’ natural positions. Finally, while I did consider players on AHL deals, none, in fact made the list.

As a treat, I gave you a “Where Are They Now?” Team, too, composed of former Nashville prospects (none of whom played 25+ games for Nashville) who had impressive seasons abroad.

I think most of the choices for the top team of prospects this season are fairly obvious. Starting in net, Connor Ingram – who just recently signed a three-year contract extension – was stellar for the Admirals. His 0.933 save percentage and 22.996 goals-saved above average led the Admirals’ to the league’s best record as the league’s best goalie. Ingram was rewarded with a selection to the 2020 AHL All-Star Classic, too.

On the blue line, David Farrance put together a season deserving of the Hobey Baker award as he led all defenders in the NCAA in scoring with 43 points in just 34 games. Although that was boosted by impressive power play production, Farrance was the Terriers’ best catalyst on offense the entire season. In Milwaukee, Jeremy Davies looked comfortable in his first pro season. He skated in the most games of any Admiral (63), scored the most primary points at even strength of the team’s defensemen (16) and was third among the blue liners in total points (27). His 55.56% Corsi (manually tracked) was second among defenders behind Matt Donovan.

Up front is an interesting collection of forwards. Yakov Trenin began the year in Milwaukee and eventually total 20 goals and 35 points in just 32 games for the Admirals as he matriculated to Nashville. Never mind his absurd 28.17% shooting rate, he scored a primary point on 64.29% of the even-strength goals he was on ice for. Center was an obvious choice: Nashville’s first-round pick last summer, Philip Tomasino, scored his first 100-point campaign in the OHL after a mid-season trade to Oshawa propelled him to finish fourth in league scoring. Alexander Campbell may be a surprise twist, but he quietly had an excellent season for Omaha in the USHL. Campbell led the Lancers in scoring with 18 goals and 54 points in 46 games and was 11th in the entire league (players one through ten all played for Chicago or Dubuque). Campbell also recorded a primary point on a shocking 72.73% of even-strength goals he was on ice for.

The second team is where some interesting decisions had to be made; I could have made a third team, but this keeps things competitive. In net, it’s fairly obvious that Milan Kloucek was playing above his competition in the Czech Chance Liga this year but such is the case in relegation and promotion leagues. He certainly proved he was ready for full-time duty in the Extraliga after backstopping Ceske Budejovice to a record year losing five games all season and saving 19.354 goals above league average.

Coming out of the net from Kloucek, I gave a nod to Notre Dame sophomore Spencer Stastney here. Stastney didn’t have the record breaking campaign that Farrance did, but he had a good season recording 20 points in 36 games to lead all Notre Dame blue liners. Despite Team USA’s forgettable performance, he was fine in World Junior Championship duty, too. Despite my concern for his ceiling as a prospect, I can’t deny Alexandre Carrier had a bounce back season. He led all Admirals defenders in scoring with 37 points in 55 games, but I knocked him for special teams production as just 14 of those points were primary ones at even-strength. His defense improved somewhat but playing with Jarred Tinordi or Ben Harpur certainly didn’t help.

Up front was where the hardest cuts had to be made. Patrick Harper was a given, however, since he was close behind Farrance as Boston’s second-leading scorer. The sniper needed an excellent senior campaign and produced 14 goals and 37 points in 32 games and scored an entry-level contract, too. I went with Rem Pitlick instead of Tommy Novak at center for two reasons: a) Pitlick became the first Milwaukee rookie in five years to score 20 goals and b) did so often carrying the possession load of his line compared to Novak who had the luxury of dishing to Daniel Carr and Cole Schneider all year. Although disappointed I had to leave out Zach Magwood, Egor Afansyev’s rookie campaign in the OHL was too good to beat. The second-round pick led the Windsor Spitfires in scoring with 31 goals and 67 points in 62 games and recorded a primary point on 52.24% of the even-strength goals he was on ice for.

“Where Are They Now?” Team

Nashville’s second-round pick in 2011, Magnus Hellberg, never properly cracked the NHL playing just one game for the Predators and four NHL games total. After three seasons with Milwaukee and Cincinnati and a few more in the Rangers’ organization, Hellberg went overseas to China before finding his way to St. Petersburg. In 2019-20, Hellburg appeared in 26 games and finished 15th among all KHL goalies who started 20+ games with a 0.926 save percentage.

In Sweden, one of Nashville’s most infamous first-round picks, Jonathon Blum, excelled in the SHL this year leading all defenders in Karlstad in scoring with 33 points in 51 games. That number also puts Blum fourth among defenders league-wide in scoring, too. There was some small uproar last summer when Teemu Kivihalme become a popular European free agent after Nashville never extended him an entry-level offer. Kivihalme signed with Toronto and spent the season in the AHL scoring 18 points in 55 games for the Marlies. It’s good, but it’s not remarkable and would’ve been fifth among all Admirals’ defenders.

Among the forwards, this is where things get weird. Josh Shalla was a fourth-round pick of the Predators in 2011 but only spent three years professionally in the organization (mostly in the ECHL). After four more seasons in the ECHL, Shalla headed to Romania where he plays for SC Csikszereda. Shalla scored 34 points in 15 games in the Romanian league this season and added a staggering 75 more in 40 Erste Liga games, which is a season-long competition between teams from Romania, Austria and Hungary. Felix Girard had a decent career spanning three seasons for the Admirals after being drafted in 2013, but left for Europe after a three-game stint in the ECHL to begin the season. Girard scored 30 points for Fehervar AV19 of the Austrian Erste Bank Eishockey Liga. Everyone’s favorite Swiss player in Nashville history, Simon Moser, was excellent for SC Bern in the top Swiss league this season scoring 37 points in 50 games for the club which was second on the team only behind another Nashville legend, Mark Arcobello. Moser also added six points in 11 games for Bern in Champions Hockey League play and the Swiss Cup.