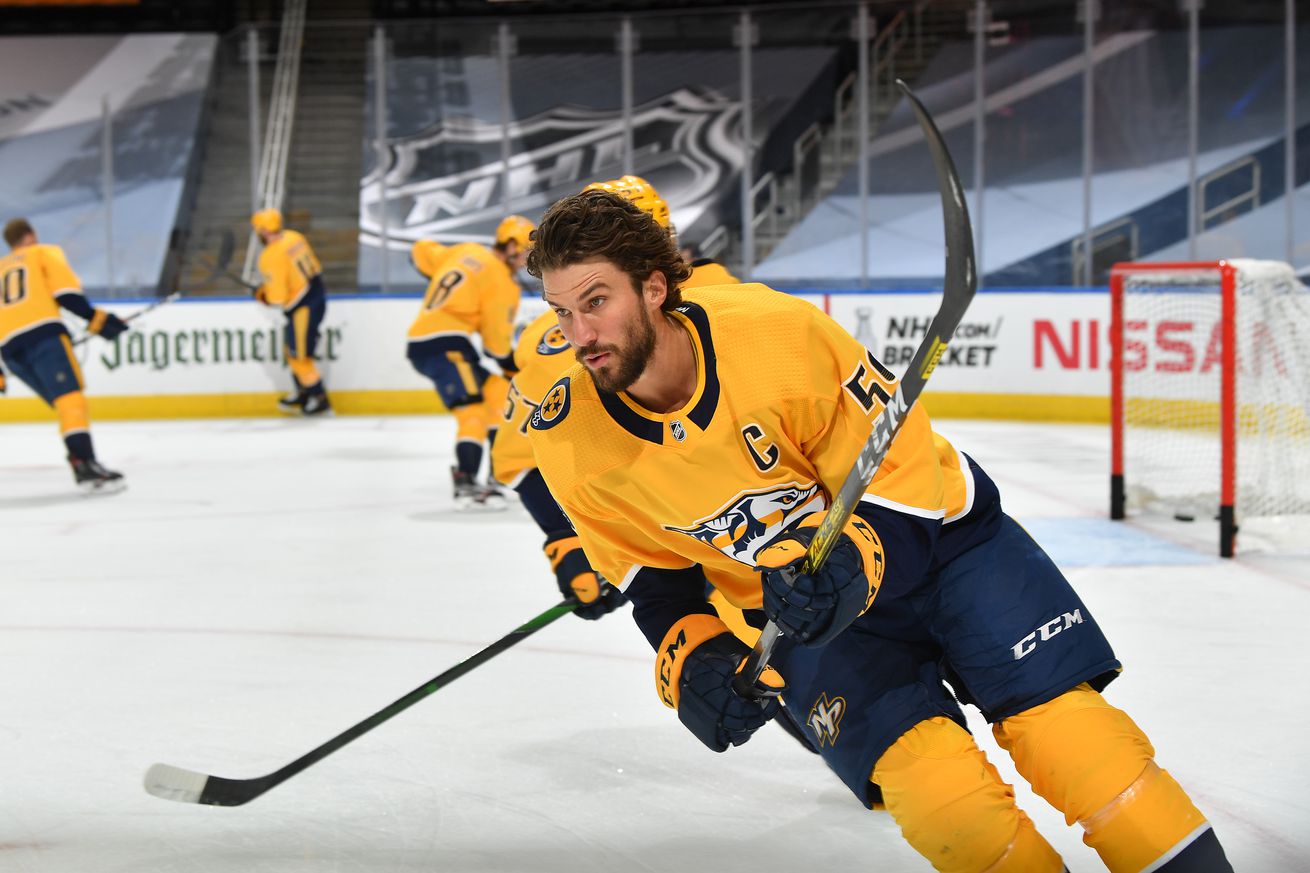 The Nashville Predators’ team captain and 2020 James Norris Memorial Trophy winner was at times the lone bright spot in an often disappointing season.

There’s really not much to pick apart with Roman Josi’s season in review. He carried the team and had an award-winning season (which is the important part, here). So let’s fondly remember the one good thing to come out of a very strange NHL season for Preds fans in just a few short words.

I don’t want to spoil the article, but we all know what letter grade Josi will be receiving.

Roman Josi led his team in points (65) and assists (49) and was 5th on the team in goals scored (16). His only competition in points on the team was from Filip Forsberg who trailed by 17 points.

He weathered a mid-season coaching change, the loss of his defensive partner for multiple games, and a struggling offense and still managed to keep his team competitive many nights on the ice while putting up career numbers.

If anyone deserves to rest during the offseason, it’s Josi. He was also the only player to escape the wrath of General Manager David Poile during a press conference announcing the coaching change where Poile made it clear he was not happy with his team.

There really was no ‘bad’ for Roman Josi this season. The only ‘bad’ I can come up with for this category would be that he had to carry the team defensively with Ellis out with an injury and offensively with a lack of line chemistry for the forwards slowing down scoring.

Josi was also largely shutdown during the Predators’ short-lived stint in the Stanley Cup Qualifiers. Given that he was arguably the most important piece of the Predators’ puzzle, it was expected Arizona would know to focus their defensive efforts toward Josi.

Neither of these options are worthy of being labeled as a bad moment in the season for the Nashville captain.

Becoming the first Nashville Predator to win the coveted Norris Trophy. Nothing else needs to be said here.

Josi enters the first year of his new, $9.59 million contract when the 2020-21 season begins. Theoretically, Josi will not need to bear the weight of carrying both the defense and the offense. If Nashville finds its footing (and most importantly, the back of the net), Josi’s numbers could look less impressive. However, offensive and defensive help will allow Josi to play a more complete game.

I believe Josi is on pace to have a season as impressive as his 2019-20 outing. At 30 years old, he seems to have settled into his game which can only help the team.

There is no doubt Josi earned an A+ for carrying the team on his back this season. I don’t think anyone can dispute that. How would you grade the captain? Vote below and let’s discuss it in the comments.