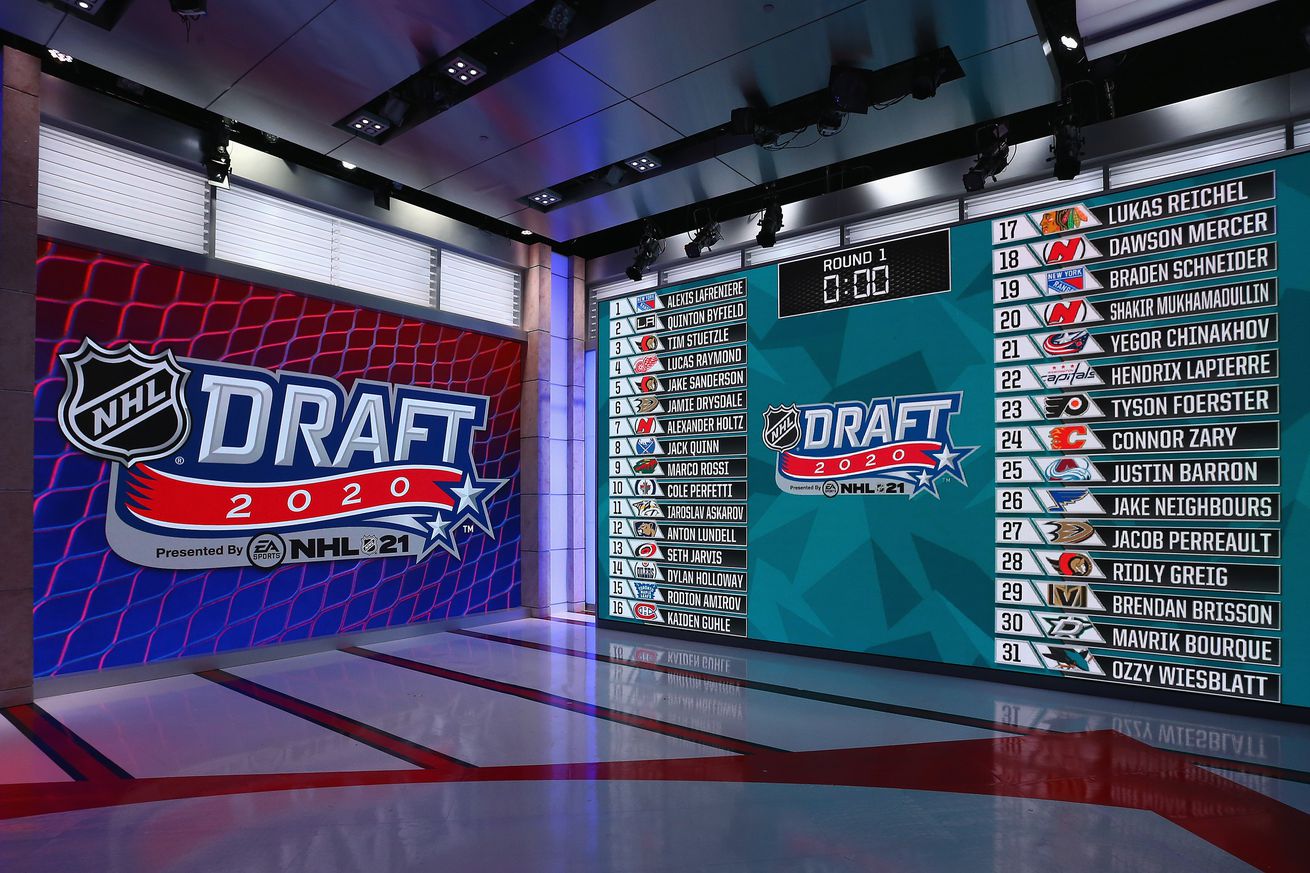 Back with a lightning analysis of the organization’s draft haul.

In the coming days, I’ll have in-depth video analysis of each of the Nashville Predators’ new prospects acquired at the 2020 NHL Entry Draft. But I also want to provide rapid reactions like I did after the first round to note my initial thoughts and provide a spring board for my deeper scouting.

It may not have been the pick everyone hoped for (including myself), but you can’t argue with the organization if they believed Askarov was the best player available. The highest-rated goalie prospect in some time, Askarov has the potential to be a franchise netminder for Nashville for years once the Rinne era officially ends. Playing in the KHL now as an 18-year old, the right-handed catch will be NHL-ready in roughly two more seasons.

I was admittedly not as high on Evangelista as others; I ranked him 73rd in my final draft ranking. But I completely understand why teams were high on his potential. He’s got a creative scoring touch and can convert on chances from all over the offensive zone. Evangelista has good skating mechanics and thrives on stickhandling or passing his way out of tight situations.

It’s notable that Nashville is betting on the London development model, which is regularly lauded for producing excellent NHL players. He’s not the direction I would’ve gone here, but this could prove to be a shrewd selection a few years down the road.

I said it at the time, and I’ll say it again: this pick was questionable for me. I’ll be hit with replies about how great Nashville is at developing defenders (although more contemporary results may suggest otherwise), but it’s a bit disheartening for the team to rely on such a raw prospect in round three. His size stands out, and his ceiling certainly can be as a good shutdown NHL defender, but I’m concerned about if he can adapt to quick-recovery transition play at higher levels.

Wilsby is a double overager in his final year of eligibility. I like the selection in that sense that he could be a bit closer to play pro hockey in North America. He’s nearly the opposite of Prokop: a transition defender who has underrated puck handling skills and can lead a rush with his skating—an aspect of his game he’s really perfected over the past couple years. Playing in the SHL will help quickly tone up his defensive decision-making, hopefully.

Reid will be another project, much like Prokop. He comes from a Chicago Steel program that is the class of the USHL; take one look at the draft results from this year, and you’ll see that team throughout the selection list.

Reid is an excellent skater who really controls and manipulates his edges in all four directions. He’ll need time at the University of New Hampshire to turn that asset into offense. When he can calm himself down with the puck, I think he could be a productive offensive piece despite his production in a more limited role with Chicago—especially behind Owen Power, who will be a top pick at next year’s entry draft.

When it comes to the seventh round, it’s hard to argue for or against certain players, given the unlikelihood that many make it to the NHL. I simply don’t understand Nashville’s run of overage picks this year. When it comes to these late picks, my philosophy is draft for skill not fit or maturity. I get what they see in Fontaine as an NCAA-bound forward with a nice scoring touch. But he undoubtedly benefited from skating with an incredible Chicago Steel team, and I don’t think he has a high ceiling beyond Northeastern University.

I wasn’t able to catch any viewings of McLane this year, so I can’t speak much to his game (although I will watch plenty in the coming days). I’ll refrain from providing a grade due to this and his short 2019-20 season (18 games), but I’ll reiterate my confusion at the overage strategy.

It would be one thing if these overage players were closer to making an NHL or AHL impact (like Wilsby), but these college-bound skaters are the opposite of that. It’s a bewildering draft class for Nashville.