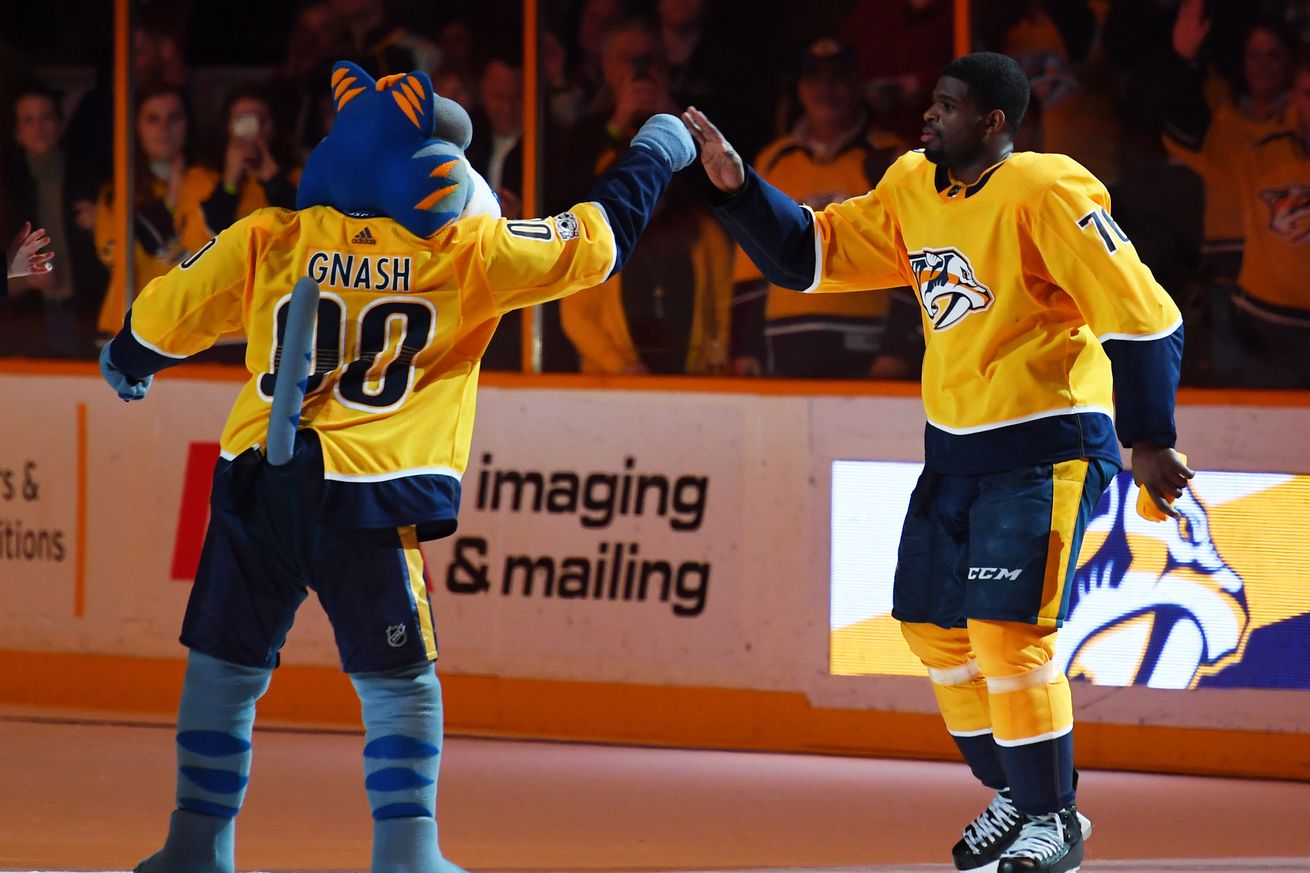 What would happen if a real predator and coyote battled it out? Let’s find out.

Who would win if a saber-toothed tiger and a coyote battled to the death? How about a leaf from a maple tree, and a blue jacket? What is an oiler? All of these questions, and more, will be answered in the inaugural OTF Stanley Cup Mascot Matchup! In this series, we will be looking at each of the actual series being played in the NHL bubbles, and then asking the question, “What if the mascots of these two teams faced off in real life?”

The mascots being chosen to represent each team can range anywhere from the direct nickname of the team (Coyotes), the logo of the team (Canucks), or just whatever I can think of that accurately represents what the nickname is trying to convey (Oilers). There will most likely be exceptions to these rules as I go along, but just bear with me. You weren’t reading a story about mascots facing off for its factual consistency, were you?

With our rules in place, let’s get to the matchups!

In this matchup, I will be using the literal meaning of Chicago’s name (for obvious reasons), meaning an actual black-feathered hawk will take on an oiler. What is an oiler, you wonder? I’m glad you asked, because it has a much more fun backstory than you would ever expect of a team named after a non-renewable resource.

Back when Bill Hunter founded the team in ‘72, he was inspired by his junior team in the area, known as the Oil Kings! Why did they never use that? The name Oil Kings is about 10 times more fun than the Oilers, and also opens so many more marketing ideas (crowns made of solid crude oil, team banners detailing the unsustainability of oil as a form of energy—just to name a few). But I digress.

Using a person working on an oil rig as our oiler, I don’t see any situation where this is a fair contest. Oilers do not bring razor sharp claws and beaks to work, so they are immediately at a disadvantage to the black hawk. For this reason, and for the implied flight-deficiency of the oiler, I will give this series to Edmonton in 3 games.

Two straightforward foes here as we have a saber-toothed tiger going to battle with a coyote. While I will give the coyote a one-game bonus because they are not extinct, the dimensions of a saber-toothed tiger are just incomparable. A large coyote is about one-third the size of a Smilodon, the scientific name for the animal the Predators were named after, and a coyote has two fewer teeth described as “sabers” than the mascot from Nashville. For this reason, Nashville in 4.

Yes, I am cognizant of the fact that a canuck is technically a word for a Canadian. However, the orca whale is the team’s logo and mascot. So yes, I will be using Canadian Shamu for this matchup. The cards are really stacked against Vancouver, duking it out with what appears to be a bear from the logo of the Minnesota Wild, from the start.

While the killer whale will be able to last for a few minutes on the ice of the rink, the lack of water makes it a sitting duck—a formidable one, but a sitting duck nonetheless. If the bear happens to lumber along into the jaws of the orca, then Vancouver could snag a win. Barring that, though, Minnesota wins this series firmly in 4.

In our first battle of two inanimate entities, a CF-18 Hornet—a jet featured in the Royal Canadian Air Force—will be taking on a flame. The size and parameters of this flame were two of the toughest decisions to make in this story: is this “flame” no more than a mere emission from a lighter, or is this flame the size of a solar flare? After much consideration, I decided to make the flame of choice amount to roughly the size of a burning car from the Vancouver riots of 2011. With this in mind, let’s get to the matchup.

Given that neither opponent has any sort of consciousness, as the jet is uncrewed and the flame is a flame, neither has any real sort of way to “attack” or “defend” here. However, if the fire manages to spread far enough that it touches the jet, it could slowly but surely incinerate the jet, leaving nothing but a pile of ash behind. Calgary in 5, and with that we are on to the East.

As formidable as the Penguin featured in Pittsburgh’s logo appears, it does not mirror the actual prowess of a living, breathing penguin (we’ll be using a Humboldt Penguin in this situation, as the Humboldt is the species of “Penguin Pete”, a short-lived living mascot that Pittsburgh used back in the sixties. Read about his sad story if you want an introductory lesson on “How not to treat a penguin”).

As vague as the name “Canadiens” is, I don’t believe there is any resident in any of Canada’s ten provinces that could not easily defeat a Humboldt Penguin in a “mano e mano” matchup. Roughly two to three feet tall, Pittsburgh’s winged mascot would, at best, inflict some minor injuries to our Canadians’ calves from the pecking. In our mascot matchup most likely to give us the opposite outcome compared to the real series, Montreal wins this series in 3.

I will be using a park ranger patrolling the grounds of Central Park for the New York “Ranger,” as a way to thumb my nose at whoever decided to use such a dull, generic, and lousy nickname for one of the most interesting cities in the world. (Same goes for the Knicks, Yankees, and Mets. I don’t care how historic they are, they are lousy names.)

As this park ranger that’s paid to make sure teenagers don’t skateboard on boulders takes on a literal force of nature, I sincerely doubt that fighting a hurricane is at the same level of his pay grade. Hurricanes destroy entire cities, and I don’t see how one singular Joe Shmoe from NYC can do anything to defend himself. Carolina in 3.

Finally, the most evenly matched battle of all! A grizzled, seafaring Islander takes on the stealthy, vicious Florida Panther. While the big cat may have trouble finding traction on the ice floor, it will be able to take down the Islander if he happens to come within leaping range. Despite the ferocity of the panther, the brave islander should be able to battle back against the beast and bring them to a stalemate.

However, we need a winner here, so I will give the nod to the Florida Panther because they are endangered, meaning that killing or harming them is a federal crime. Florida in 5, but go donate to Florida Panther conservation organizations!

In our final matchup, and the second installment of our “two inanimate entities battling it out” saga, we have a blue jacket, coming from the Union during the American Civil War, going to war against a leaf from a maple tree. While these foes have neither the attacking ability of a flame, nor the defensive sturdiness of a jet, the blue jacket is still larger, heavier, and sturdier than one singular leaf. All it takes for Columbus to win is a simple gust of wind to pass over the ice, and the maple leaf will be blown away; that is why Columbus will be winning this series in 3 games.