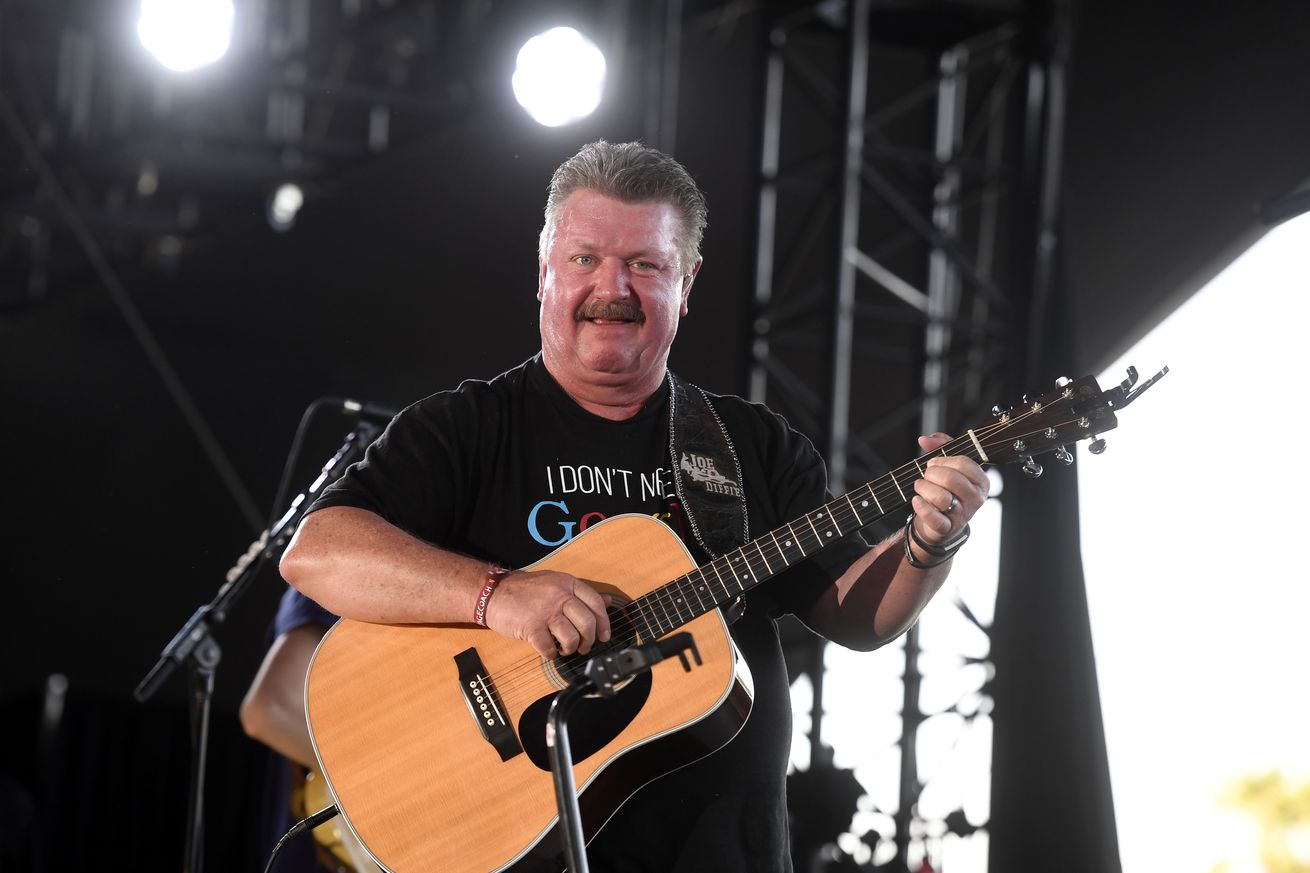 Diffie was reportedly a Predators fan.

I hope somewhere, wherever his spirit may be, Joe Diffie is propped up by the jukebox, just as he wished to be in one of his many hit songs.

The 90s country music icon passed away Sunday due to complications from COVID-19, according to a statement on his official Facebook page. Diffie’s team announced the singer tested positive for coronavirus Friday.

Diffie’s signature mullet and string of hits from the 1990s is synonymous with the Nashville country music scene. His loss isn’t just being felt through the music industry and fandom, but the hockey world as well.

The Nashville Predators’ AHL affiliate Milwaukee Admirals paid tribute to the late singer Sunday by posting a throwback video on Twitter. Diffie performed as one of the Ads’ first Country Music Night acts in 1995, the team said. He performed his hit single “Pick Up Man” after the game.

#RIP Joe Diffie, one of our first Country Music Night acts. Here he is performing Pickup Man after a game back in 1995. pic.twitter.com/xlEOaIXVdC

“[I] grew up on [Joe Diffie]. My dad loved him and his music was always on in the truck,” Duchene said in part on Twitter.

Diffie himself was a reported Predators fan. In a response to Duchene’s tweet, retweeted by the Predators, Music City Management owner Josh Peterson posted a picture of himself alongside Diffie at a Predators game from the previous season.

@PredsNHL Here’s a photo of Joe and my other buddy Chris at one of Preds game last year. Joe was one of the kindest people I know. We lost a friend and music legend today. pic.twitter.com/u1ZbAZD5p7

Former Nashville Predators co-captain Darren Turcotte also reflected on Diffie’s support of the team, saying it went all the way back to the beginning. Turcotte posted a throwback picture of Diffie in an NHLPA sweatshirt playing guitar by a fire at what he says is an old Predators end-of-year party.

I am saddened to hear of Joe Diffie’s passing due to Covid19. Joe was a huge fan of @PredsNHL when we were just an expansion team. He was a great friend of many players and we were always honored to have him play around the fire at our year end parties. #RIPJoe #JohnDeereGreen pic.twitter.com/iJOlCHXo6i

For me, personally, I feel like I lost a piece of my childhood. Diffie’s hit single “John Deere Green” was released when I was two years old. Though I can’t remember back quite that far, I can remember a few years later singing along to the radio in my carseat, getting louder and louder as the chorus repeated toward the end of the song, banging my tiny fists on the sides of my carseat. I grew up singing about love “bigger than the Beatles” and learned that “if it weren’t for trucks we wouldn’t have tailgates.” Those lyrics along with Billy Bob and Charlene hold a picturesque spot in my memory, as does Joe Diffie’s voice.

“I want to go on being me once my eulogy’s been read,” Diffie once sang. I hope his spirit lives on and generations to come enjoy these same tunes shared alongside our memories.

Stay home, wash your hands, and take care of yourselves.