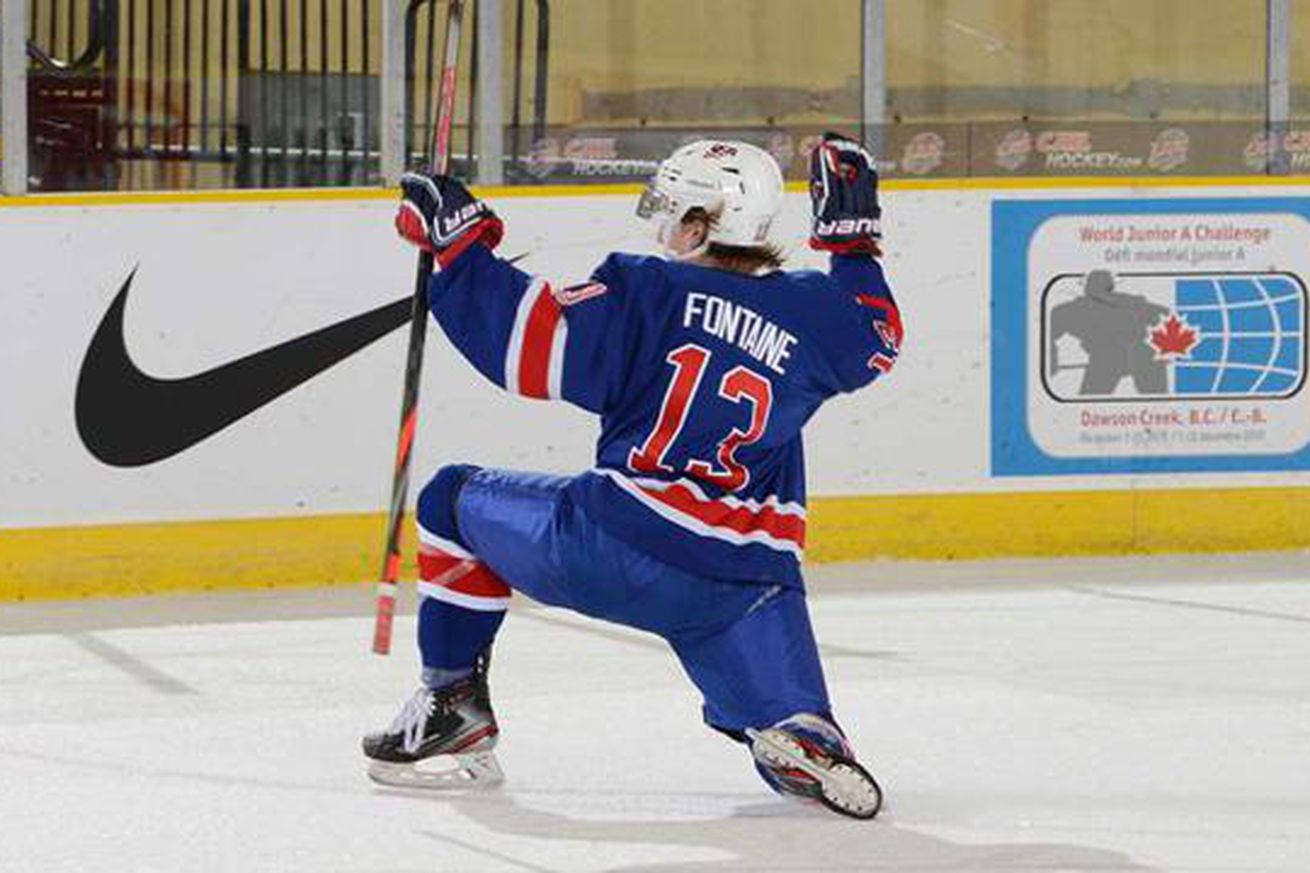 The Nashville Predators left the 2020 NHL Draft with seven new prospects in their organization, although it wasn’t at the picks they went into the week with. A couple of day two trades saw Nashville end up selecting at 11, 42, 73, 101, 202, and 209th overall.

So who did Nashville add to their pipeline, what’s there to like and not like about their games, and what do their development paths look like? I answer those questions and more about three of those picks below in part one of my 2020 NHL Entry Draft breakdown.

Missing eligibility for the 2019 NHL Entry Draft by just 11 days, Luke Reid has spent the last two seasons with the USHL’s Chicago Steel, scoring 19 points in each year. While just fifth among Steel defenders in 2019-20 in scoring, Reid’s 0.1333 even-strength primary points pre game were 11th among all USHL defenders. Reid will be one of three new defenders for the University of New Hampshire (UNH) this season on a blueline tasked with filling the hole Florida prospect Max Gildon left.

Although unranked in my final draft ranking, I think Reid has the tools to reach the NHL level, and that starts with his skating. Reid (#4, black) has excellent skating mechanics, including a strong extension, decent recovery and a very fluid crossover step. Most importantly, as demonstrated above, he can rotate and pivot on his edges in no time and moves quickly with his head up.

While he has excellent control of the puck while moving with speed and keeping his vision up-ice, I noticed too often transitions like the one above where he stickhandles himself into an unnecessary decision. College hockey will force him to calm down with the puck and make better decisions.

With his skating, Reid can join the rush with ease and not sacrifice defense. As you see in this clip, he can get up ice quickly and into scoring positions similar to a third forward. It’s a slightly different dynamic than we see from David Farrance, who is often the puck carrier in these situations.

Despite being so mobile, Reid can be exposed by taking improper angles against opponents. On the goal above, he makes a good pivot as the puck-carrier enters the zone, but doesn’t angle him off into the wall properly, giving up a clear lane to the net.

None of these flags are foundational problems in my estimation. I think they can all be corrected at the collegiate level, but he’ll need three or four seasons at UNH.

One of three overage players selected by Nashville this year, Gunnarwolfe Fontaine was in his second year of eligibility (third had he been born one day earlier). The 5’10” forward just finished his second season with the Steel, finishing fourth in team scoring with 57 points in 45 games. His 0.5556 even-strength points per game were sixth among USHL forwards in their DY+1 season (Alexander Campbell topped that list with 0.6522). Joining the Hockey East faction of Nashville’s pipeline, Fontaine will play for Northeastern this season, where his sister Skylar stars for the women’s hockey team.

A sporadic player, it was hard to get a consistent read on Fontaine’s game in my viewings. Some nights he was dynamic with the puck and pushing play, others he was a step behind but still managed to bag a point or two. As shown in the clip above, Fontaine (#13, white) has a decent bit of puck skills and can stickhandle through a crowd with his rapid steps. He’s also decent at getting pucks off or creating plays quickly from a possession battle.

He has some annoying tendencies to his game though. His skating is capped with good leg extension, but his posture and stride recovery limit his speed despite a decent accelerating step. He skates with his stick off the ice way too often, leading to plays as shown above where his teammate Reid is limited in his playmaking options.

One aspect of his game I love is how he steers into puck protection. Fontaine is constantly testing his limits against his opponents and does well to create a couple layers of protection with his body. Even when he doesn’t have a speed advantage, he can use this skill to draw penalties. Sometimes, as you can see above, he has a tendency to stickhandle with his head down too much.

While it’s not an elite skill of his, Fontaine has pretty good shooting skill too. Even when he doesn’t transition with pace to beat defenders, he’s got a strong, accurate release that can beat goalies when cutting into the slot as you see above.

I’m not as high on Fontaine’s ceiling as I am Reid’s. At pick 202, there’s little risk (but there was maybe more skill on the board), but I could see a scenario where Fontaine caps out as an excellent NCAA player.

McLane wins the award for the one member of Nashville’s draft class that I hadn’t scouted once before last week’s event; I had watched some Tri City games, but he wasn’t on my radar. One of the oldest eligible players in the draft, this was McLane’s last chance at being an NHL pick. Over the past three years in the USHL, McLane totaled 48 points in 100 games, and injury limited him to just 18 appearances in 2019-20. Just six of his 16 points that season were primary ones at even strength (and just eight if you include primary power play points).

Starting with the caveat that McLane (#17, white)’s role was very limited this season for Tri-City, I found it curious trying to decide what Nashville saw in his game. He’s got a decent knee bend and mechanics, but isn’t a particularly dynamic skater. Despite his 6’2” frame that helps in puck protection, he limits his decision-making by puck staring too often, as seen above.

But McLane was counted on for important faceoffs. He takes great position in the dot and is so quick in his draw backs. I saw a good number of shifts where McLane won a defensive zone draw and then immediately went for a change. I have to imagine that’s part of what Nashville likes. Similar to Nick Bonino, he’s reliable in that sense and can be counted on to follow up with good puck support and score here and there, as seen above.

There are some weaknesses to his game that really turned me off as he’s a 20-year old skater. Take the clip above, where McLane comes in on the forecheck with a wide sweep. It’s not an intentional decision, and that poor angle allows the Waterloo defender ample time to advance the puck up ice. I think developmental time at Penn State will certainly help correct these things, but as an overager, he’s already behind the curve in a sense.

McLane has decent shooting skill and will cash in when he has the time and space, but I don’t see the rapid, deceptive release I see in Fontaine, and I don’t think his puck-handling skills are anything above average.

I can’t imagine McLane leaves Penn State early, and I don’t think he’s on pace to have an NHL impact, but such is life for many seventh-round picks.

All statistics are courtesy of eliteprospects.com or pick224.com.