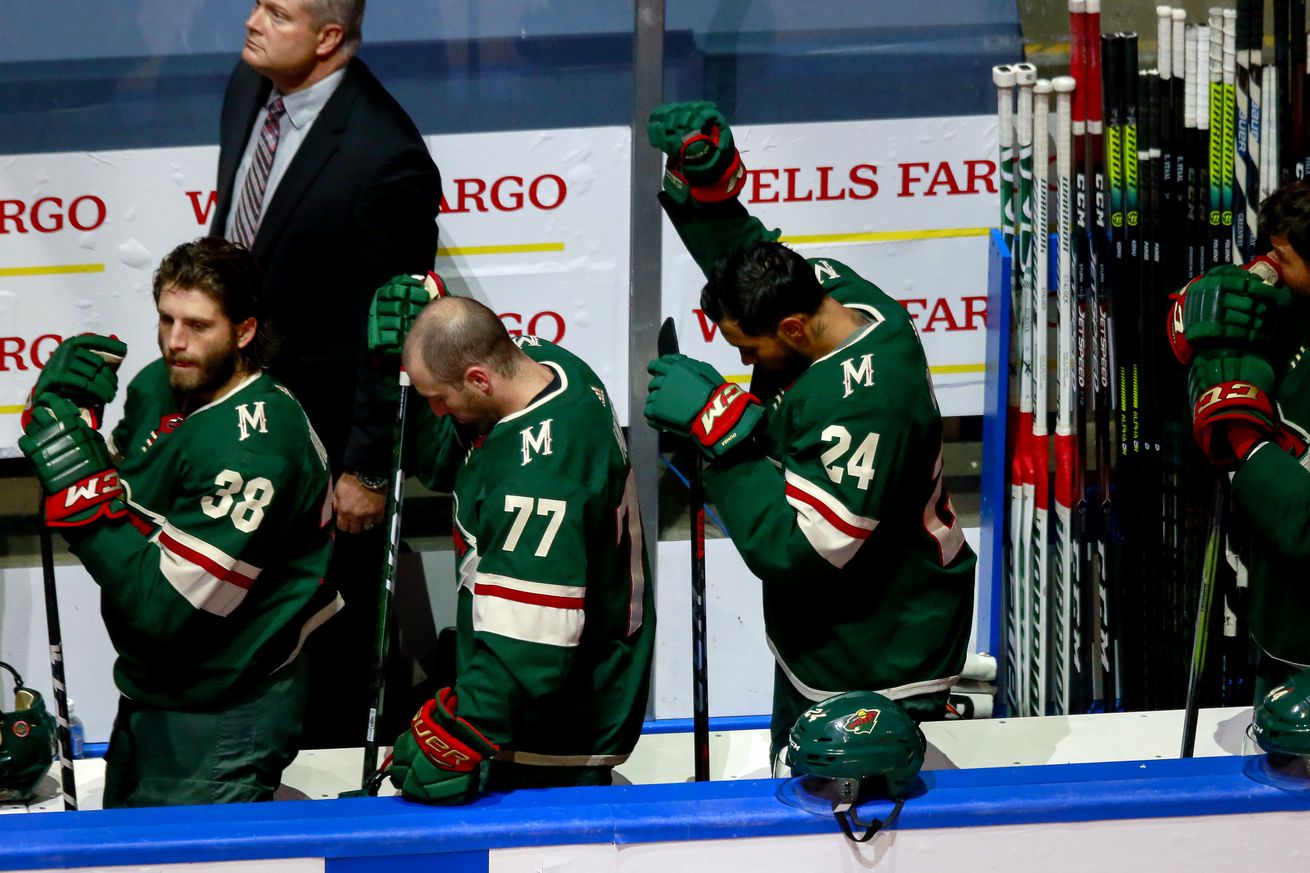 Words from a Black Blogger: 0 steps forward and 100 steps back for the NHL | Pension Plan Puppets
“So I’m sitting at my desk watching all of this. Knowing that history is being made. Witnessing professional athletes taking their efforts to the next level frustrated with the fact that they’re being used as a distraction from what is going on in the world. At that moment, they refused to entertain those who didn’t want to do their part in in the fight.”

Hockey Is Not for Everyone | By Akim Aliu
“You ever fought for your life?

Silence Is Violence | By Mark Fraser
“When I was 33, a GM who was looking to sign me asked his team captain if I’d be ‘bad for team morale’ because I was black.”

The Astronaut | By Wayne Simmonds | The Players’ Tribune
“It’s funny, when you’re a kid, you kind of have the blinders on. Everything just is what it is. You love what you love. At that age, I definitely didn’t think about color. I didn’t say to myself, ‘I want to be a black hockey player.’ I just thought, ‘I want to be Sergei Fedorov.’”

San Jose | By Evander Kane
“I see it like this: Being myself and trying to have some fun with it is good for the organization, which is good for the league, which is good for the game. The leagues that encourage self-promotion, identity and originality … well, to be honest, they make a lot more money than the NHL does. And in doing so, they can grow their game more. Because isn’t that what we’re trying to do here? I want more young boys and girls to experience where hockey can take them. We can do that, all while accepting the uniqueness of our players.”

Subban Aims to Set Positive Tone in Community with Blueline Buddies
P.K. Subban started at the heart of the issue while he was in Nashville.

NHL ‘will not tolerate abusive behavior,’ Commissioner Bettman says | NHL.com
Back in December, the NHL started “the process of creating programs aimed at sensitizing team personnel and players to abusive behavior of any kind, raising awareness among them in hopes of eliminating incidents.”

Teenage hockey player says opposing team, spectators hurled slurs at him | CBC News
Sixteen-year-old Logan Prosper, of Whycocomagh, N.S., is considering quitting hockey after he says an opposing team made racist comments toward him during a recent game.

Color of Hockey: Canada Post stamp celebrates Black History Month
William Douglas has been writing The Color of Hockey blog for the past eight years. Douglas joined NHL.com in March 2019 and writes about people of color in the game. Today, he writes about Canada Post’s 2020 Black History Month stamp that honors the Maritimes Colored Hockey Championship and the history of the Colored Hockey League.

Women in Sports event hosted by Islanders draws large, diverse crowd | NHL.com
NHL executives Kim Davis and Susan Cohig were among the panelists who discussed their careers and experiences just before the league shutdown. Davis discussed her optimism that sports leagues will make more of an attempt to include women of color moving forward.

LA Kings Launch Inclusion Initiative to Build Equity in Hockey | NHL.com
The program, which launched last month, is designed with action steps to help eradicate racism in and around the world of hockey.

Burn It Down Pod – Guest Episode: Stick To Sports with Jashvina Shah
Jashvina Shah stops by to talk about Hockey Culture, what is is and what it claims to be—and just how often those two things are at odds.

Gloves Off and Get Out: On JT Brown’s Raised Fist | Raw Charge
J.T. Brown’s raised fist was even braver in a league where no white player had yet knelt.

Devante Smith-Pelly of Capitals Calls Racial Taunts in Chicago ‘Disgusting’ | The New York Times
“It’s disgusting,” Smith-Pelly said. “You’d think there would be some sort of change or progression, but we’re still working toward it, I guess, and we’re going to keep working toward it.”

Is P.K Subban a victim of racism in the NHL? | Eyes On The Prize
This article from Subban’s rookie year asks, “Would the negative sounding crowd have any objections if the rookie’s name was Dion Phaneuf or Sidney Crosby, or well I’ll just say it, any other talented player with white skin?”