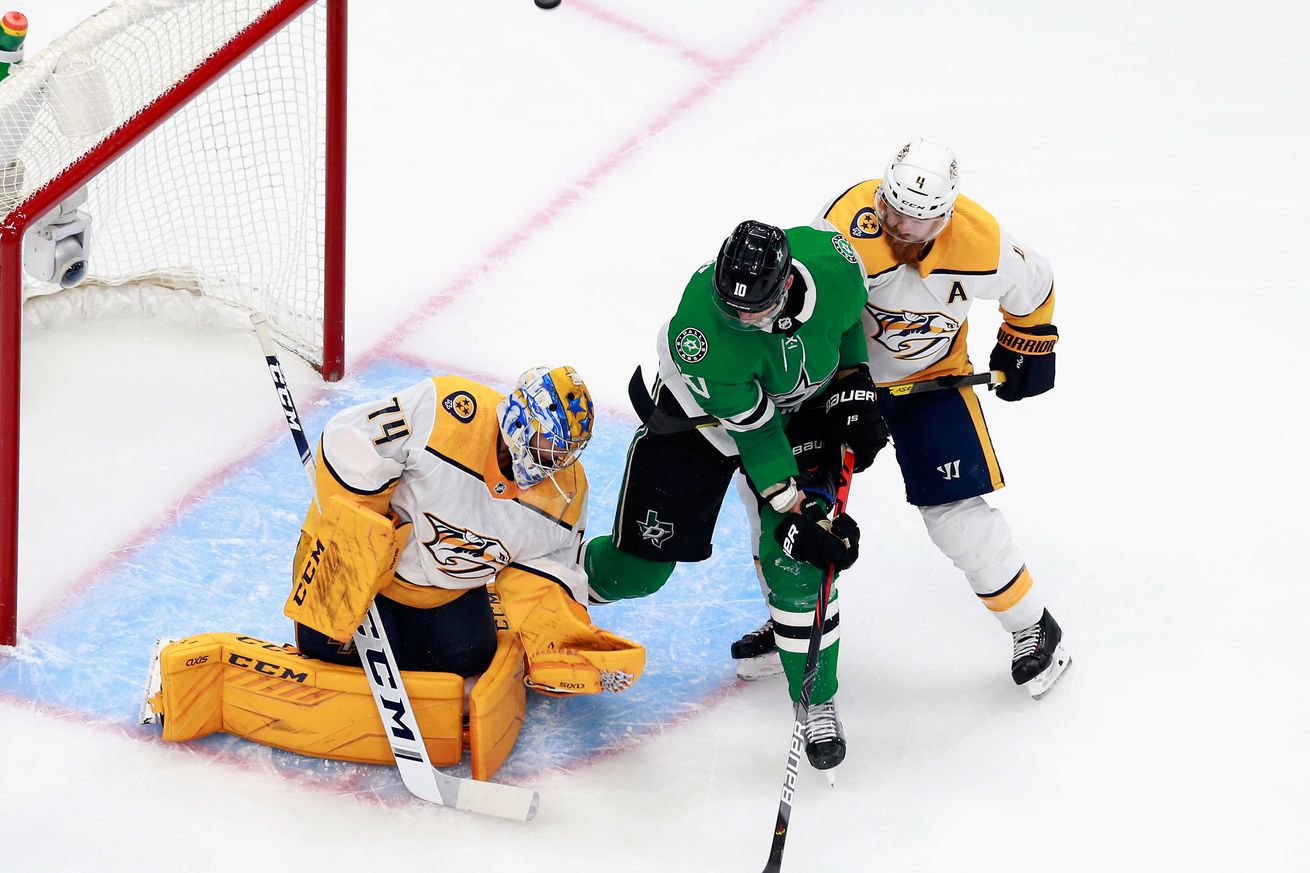 How long has it been since Dallas scored a goal on the Predators?

Recap: Nashville Predators 2, Dallas Stars 0: Arvidsson, goalies thrill in exhibition win | On the Forecheck
Ann took a big swing at recapping the exhibition game and knocked it out of the park. If you didn’t get to watch the game, read this recap and feel all of the excitement along with her.

Nashville Predators vs. Arizona Coyotes Preview: Special Teams, Part 2 | On the Forecheck
Bobby does an incredible job breaking down the Arizona penalty kill in this article. I’m going to be honest, if you don’t have a full grasp and understanding of penalty kill schemes, this article explains the basic structures, as well as the strengths and weaknesses, of the box and the diamond. He also explains how the Predators can effectively navigate through them for success on the power play.

Season in review: The Nashville Predators’ path to the Stanley Cup Qualifiers | On the Forecheck
The Predators are about to embark on a playoff journey…Sarah reminds us how they got there.

Bryan and Shaun have joined the Renegades of Puck radio show for the remainder of the playoffs, with Shaun covering training camp and scouting the opponents (and more!), while resident nerd Bryan gives his One Big Stat from the Analytics Desk. You can find the episode below, on the website linked above, and every gameday morning at 5 am on Nashville Sports Radio WNSR. They’ll both be back on the show Monday morning to talk Game 1 of the Qualifying Round.

Hockey Diversity Alliance, NHL struggling to find common ground | TSN.ca
Evander Kane says the NHL isn’t doing enough to support its Black players. The league seems, once again, afraid to take a bold stance on diversity of any kind, leaving the fans to choose the specific form of diversity they wish to support or celebrate.

Trade-deadline players aim to provide boost in NHL’s restart
It must be odd getting traded at the deadline and then hitting the pause. See how those players are adjusting.

The Florida Panthers have a very expensive goaltending problem | TheHockeyNews
Sergei Bobrovsky signed a massive free agent deal with the Cats last summer and followed it up by getting crushed in the regular season. Can he find his form against the Islanders? His exhibition start against Tampa Bay didn’t help matters.

How living in a bubble could foster relationships between players, officials | Sportsnet.ca
Players and on-ice officials do have a relationship with one another, but it’s not the same as it used to be. Now that they’re all living and working in the same bubble for the next couple of months, it could promote conversation and understanding.

AHL announces revised start date for 2020-21 season as Dec. 4 | Sportsnet.ca
The American Hockey League will return to the ice on Dec. 4, 2020. I hope the Milwaukee Admirals can find the same success they found this past year.