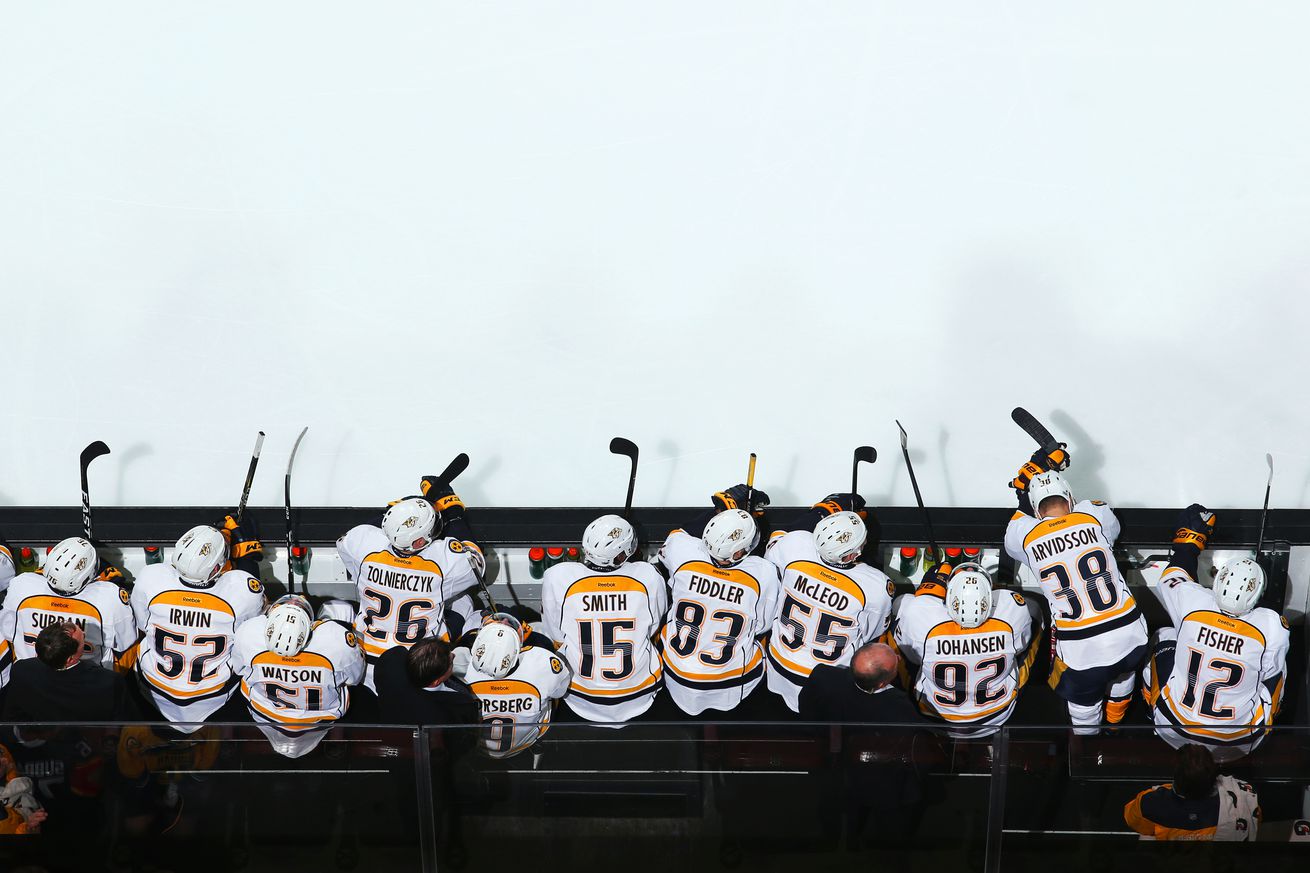 Hockey may be on hold, but the staff here at OTF plan to continue to bring you high-quality content to get you through the quarantine.

The world of sports has been brought to a screeching halt (except for NASCAR, ironically) by the continued expansion of the COVID-19 outbreak, leaving many fans with a sudden abundance of free time, hourly employees with income concerns, and players with some unexpected time off. I wanted to start off the first day without hockey with a solid helping of links related to the suspension decision. However, I also wanted to help you find ways to fill the sudden extra time you’ll have on your hands.

Hockey leagues following NHL’s lead – ProHockeyTalk | NBC Sports
In the aftermath of the announcement that the National Hockey League will pause the 2019-20 regular season, the AHL and ECHL have issued similar statements.

Players, teams support NHL decision to pause season due to coronavirus
For me, it’s good to see that players support the decision. While this is how they make their money, they certainly don’t want to be sidelined by this illness.

NHL expects to resume season after pause for coronavirus
NHL Commissioner Gary Bettman hopes that play will resume and the Stanley Cup will be awarded.

Predators CEO addresses suspension of NHL season, cancelation of SEC Tournament due to COVID-19 – On the Forecheck
Of course, the fallout from the NHL decision impacts every team differently. Predators CEO Sean Henry explains how the team, and the venue, will move on from here.

BREAKING: 2019-20 NHL Season Suspended Indefinitely Due to COVID-19 Pandemic – On the Forecheck
A good decision, even when made in the best interest of everyone, still feels bad. Get all the details on the season suspending decision here.

Look, I’m not going to tell you how to live your life or how to mourn the loss of the next few weeks of games. I was looking forward to the exciting conclusion of the season as much as anyone else. The Predators were playing inspired hockey and staying in the playoff picture. Things were great! But now we have to find something else to fill our time.

I asked my colleagues at OTF for some recommendations. Many of them continued to add more and more things to their recommendation list, but I just want to get started with a few things, so I pared everybody down to one. However, I will tease that our discussions have led us to some pretty incredible ideas for articles and content in the upcoming weeks. So, I sincerely hope you’ll allow us to help you through as well.

Nick recommends you watch (or rewatch if you’ve already seen it) the TV show Justified. It’s available to stream on Hulu and doesn’t require watching an entire season before things get good. I actually watched this show as it was being released week by week. My wife and I had serious discussions about naming our son after the two main characters. And, if you’ve been paying attention, the Predators’ own Colin Blackwell looks remarkably similar to breakout star Walton Goggins.

Rachel recommends reading (or rereading) the entire 7-book Harry Potter series. As an English teacher, I’m all about getting your nose in a book and these books are incredible. If you’ve already read it, it’s like visiting old friends. If you haven’t, you’ll finally see what all the hype was about. Also, there are TONS of these books in print, so you can probably find them used for a pretty good price.

Bryan recommends watching the TV show Hannibal (available on Amazon Prime): “Mads Mikkelson (Casino Royale, Rogue One) is, by episode 5, a better Hannibal Lector than Anthony Hopkins. The first season is procedural with an overarching plot, then it goes nuts. It’s the best made television show I’ve ever seen—it’s GORGEOUS. Sound design, lighting, and best of all, the food. And it’s an amazing show—Hugh Dancy, Lawrence Fishburme, Gillan Anderson, Raul Esparza.” (Also, I’m a big Raul Esparza fan from his SVU role –Shaun.)

Kate recommends the TV show Leverage (available on Amazon Prime Video and iTunes): “Con artists for great justice, found family, a really consistent and committed writing staff that never lost track of what they were doing; sometimes things blow up and it’s great. It is probably the most hopeful, compassionate show about doing crimes I’ve encountered.”

Sarah recommended books. Now, she actually named five specific books, but I said one thing only. I guess I let Rachel name seven books, but technically that’s a series… So, I’m just going to throw caution to the wind and include Sarah’s whole list:

My own recommendation? Sleep. Sweet, precious, renewing sleep. I have stayed up way too late many nights recently watching hockey and have dragged through life the day after. Try going to bed at what would be the normal second-period slog and see if you don’t just feel a little better the next day.