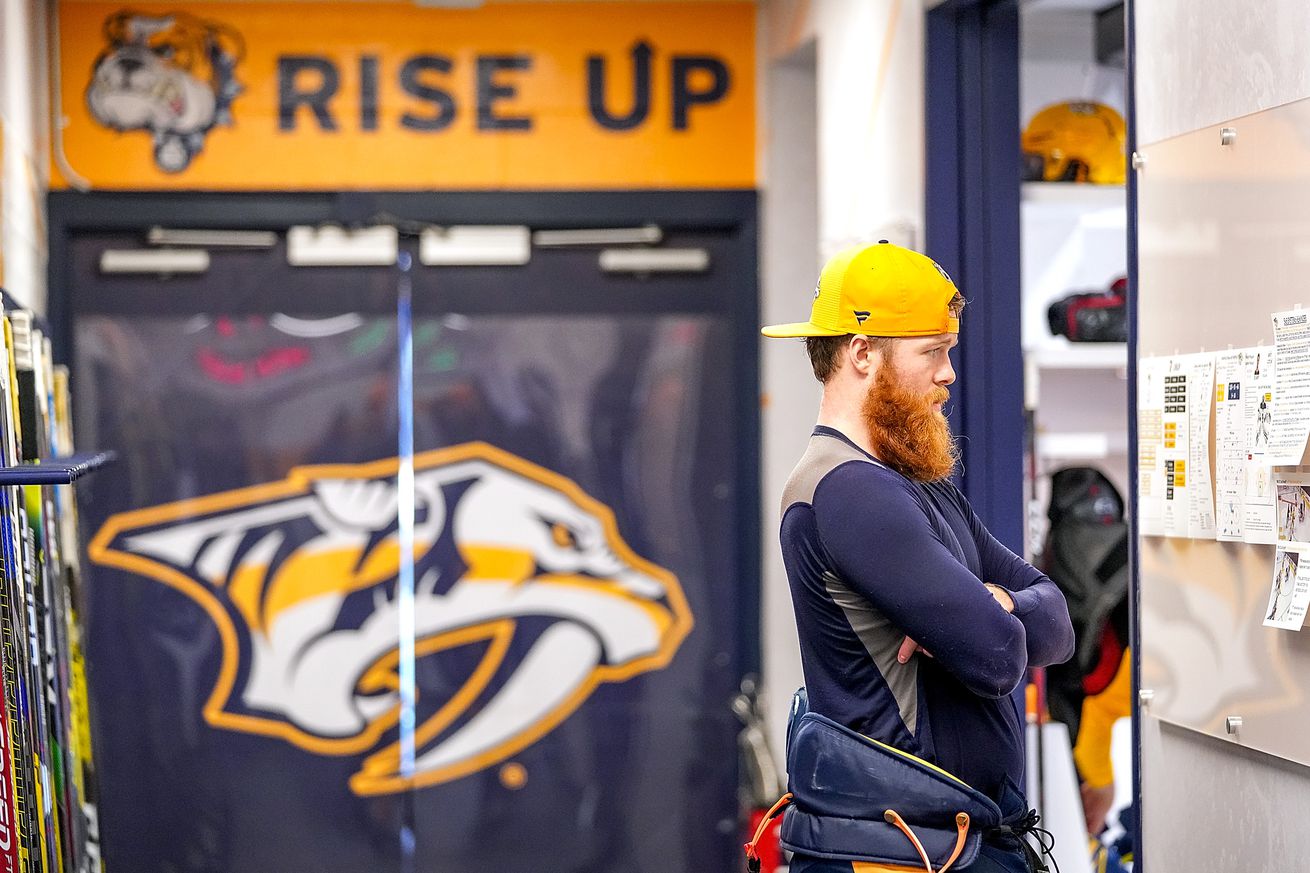 The return to hockey is under discussion and all we can do is hope the conditions are safe enough to make it happen.

Preds, Montgomery County Break Ground on Multi-Purpose Event Center
This is huge news considering the “hockey desert” that is Tennessee. More sheets of ice in more places means more hockey will played and more fans will be made. That rhymes. And it was intentional.

The Nashville Predators Are Due…For Parenthood | On the Forecheck
Is it right or wrong to have a favorite Preds baby?

A quick chat with Philip Tomasino about preparing for the World Junior Championship and how Ryan Ellis helped him get ready.

I just wish he was sitting still for the interview.

One Year After Don Cherry’s Firing, the Hockey World is a Better Place | The Hockey News on Sports Illustrated
I count myself among the many that were glad it finally happened.

Bruins move on from Tuukka Rask leaving playoff bubble
The fact that his even something that keeps getting brought up is absolutely ridiculous. Anyone that would look at the situation and think he should have “toughed it out” must not have children…or a heart.

The Faceoff: Pontus Aberg : News : Kontinental Hockey League (KHL)
Pontus Åberg is playing for Traktor Chelyabinsk in the KHL. My family has kept up with him due to his outstanding (and adorable) single hockey father relationship with his daughter. This is a great, long interview with the former Predators forward. Can you guess his favorite hockey memory?

NHL return FAQ: What we know, and don’t, about the coming season
With all signs pointing to the NHL’s imminent return, let’s round up and break down the information we have to bring things into better focus.