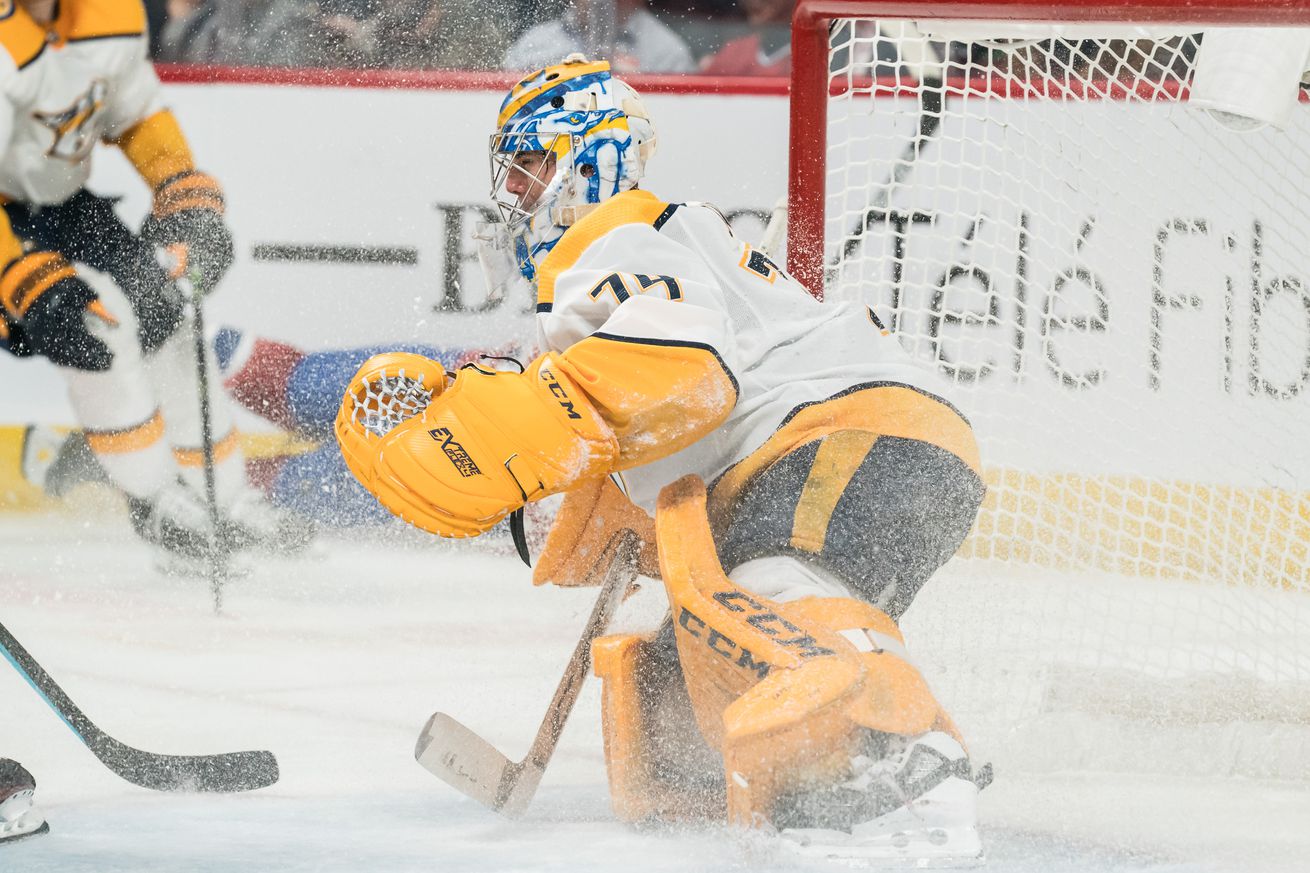 I mean, no one has played or anything, but hockey things are happening.

Nashville Predators 6, Washington Capitals 5, 10/10/19: Offense Comes Alive in High-Scoring Win – On the Forecheck
You may have watched this game’s replay last night (or not) but it was a great, high-scoring game and Rachel did a wonderful job recapping it. Full disclosure: I lied to my children and told them the hockey season was back on and the Predators re-hired Peter Laviolette. I also made a bet with them about the outcome of the game and guess who’s shining my boots in the morning?!

OTF March Madness: Best Games in Nashville Predators History (Round 1 – Part 1) – On the Forecheck
Round 1 – Part 1 may be over by the time you click this, but that means Part 2 is right around the corner. Check back in to see if your picks moved on to the Sweet 16!

Milwaukee Admirals Musings: Inevitable Asterisk – On the Forecheck
Eeli Tolvanen was heating up and the Milwaukee Admirals were on a roll! I really wanted to see how far they could go in the playoffs, too. But, like the wise sage he is, Eric is right about what had to happen.

Predators Sign North Dakota Forward Cole Smith to One Year, Two-Way Contract – On the Forecheck
You know what, the way I see it, the more Smiths the merrier and I, for one, welcome Cole Smith to the fold. I know Eric, who is quite possibly more knowledgeable about prospects than anyone in the Predators organization, will have a full breakdown soon

NHL has ‘myriad options’ if season resumes after pause for coronavirus
I would love to see the Stanley Cup awarded with integrity if the season can resume.

Crosby would be ‘terrific coach,’ Sullivan says of Penguins captain
What would you think about Head Coach Sidney Crosby?

Super 16: Bruins, Blues continue strong showings before pause
The NHL season is on pause because of concerns surrounding the coronavirus, but the Super 16 continues, at least for this week, even with a minor change from last week.

Nearly every NHL team has announced plans to help part-time workers
The Boston Bruins continue to look awful in this situation. Brad Marchand passed along a GoFundMe page to help employees. Pretty bad when Marchand looks like the best guy in your organization (and he didn’t really do much, to be honest). Buffalo Sabres? It’s bad enough part-time employees have to work Sabres games, much less get treated like this when they don’t get to work them.

Nashville came out looking really good in all of this and I’m glad…the part-timers I see when I work games are incredibly hard-working and wonderful people and deserve it.

Milestone Men: Which players will miss major marks if the regular season doesn’t resume? – TheHockeyNews
This is something I hadn’t really thought of, but the fact that Shea Weber might not get to play game 1000 against the Nashville Predators makes me more than a little sad.

Tom Brady joining club of legendary athletes who looked weird in new uniforms
This is not necessarily a hockey article, but it mentions a lot of hockey players wearing unfamiliar uniforms. (also, How did I never know Pete Rose played for the Montreal Expos?!)