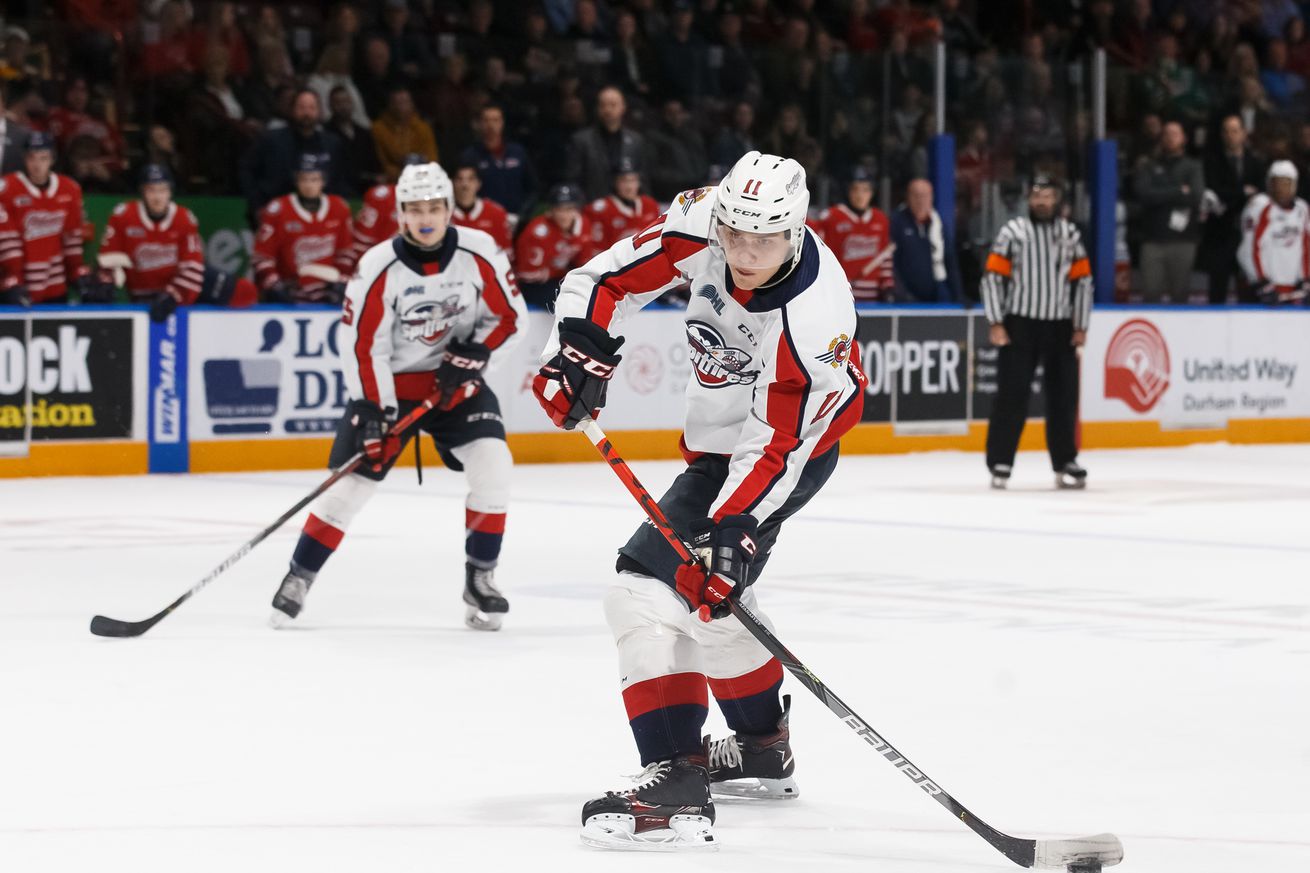 The first entry in The Quarantine Series—stories on hockey, analytics and the Predators from Bryan while we’re all locked away.

Last week, I was lucky enough to speak with Johnathan Moran, a staff member on the Ontario Hockey League’s (OHL) Windsor Spitfires in charge of advanced stats and analytics. As you know, Windsor is the home for Nashville Predators’ 2019 second round pick Egor Afanasyev.

I sat down with Johnathan to discuss how he got into his role, the importance of statistics at the team level, and to break down what he’s seen from one of Nashville’s top prospects.

On Moran, analytics, and life on the staff of an OHL team

Bryan Bastin, On The Forecheck:
Introduce yourself and what you do.

OTF: What do the day-to-day responsibilities of your position entail?

OTF: I discovered your work on Twitter as you were posting tracked data on the Spitfires. How did you get your start in analytics and how did that help you land this position?

JM: Like most people on hockey twitter, I think about hockey 24/7 and because of that, people I know that aren’t fans or are casual fans were starting to get annoyed by my recaps of all the games that happened the night before, so I started blogging and joined twitter for the sake of my social life. Because of that, I started digging more into the number side of the game and what they meant so I could use them in blogs or in conversations with people on twitter.

I grew up in Hamilton, Ontario and we didn’t have an OHL team there, so when I moved to Windsor six years ago and went to my first Spitfires’ game, I was hooked on the OHL. The only problem with the OHL though was that the only available stats are goals, assists, shots and penalty minutes. A few years ago, Jeff Veillette, who was writing mostly about the Toronto Marlies, started tracking their shot attempts in their games to use in his articles and I thought it was a great idea to do something similar with the Spitfires.

At the beginning of the 2018-19 season, I started tracking shot attempts and zone starts and at the beginning of the playoffs that season, had incorporated time-on-ice and what kind of shot attempts they were to add in a player’s Fenwick% [BB: share of unblocked shot attempts taken while on the ice] to their stats. I started writing for the OHL Collective and then OHL Network about the Spitfires and got credentials and got to know the former media guy for the team, Dave Ducharme. I see that season as somewhat of a trial run though, where I figured out the system in place to track and other logistical things.

Before the 2019-20 season, I wanted to use the season to build a database of stats to show either the Spitfires or another team, almost as a bit of a resume. About 10 games into the season though, I was fortunate that this role opened up and sending Dave what I was working on over the previous year had gotten my foot in the door.

OTF: How much does the organization buy into what you bring them? Hockey is famously resistant to change – are they welcoming? And if so, how do you tailor the information you have to deliver an effective message?

I’m very fortunate that the team here has a buy-in to the stuff I bring them. I was nervous coming in, mostly because of the unknown and not knowing what to anticipate but the coaches were very welcoming bringing me in and the amount I’ve learned just watching and listening to them talk about what’s going on in the game has made me see things happening on the ice differently and helped me grow even more.

This is kind of my rookie season and first time working with a team, so the template that I sent them my reports post-game changed three times over the season, but in the end it was keeping it simple and learning over the season what stats they found would be helpful to them.

OTF: How do you collect your data? Do you have access to statistics from the OHL or a third party?

I collect the data during the game with paper, pen and an iPad. The iPad is to track ice-time and the paper and pen to track all the other stats. I have an Excel document where I enter in my tracking sheet and then transfer over the ice-time and the rest into a master stat document.

OTF: What statistic do you wish you could have at your level that the NHL currently uses (xG, WAR, etc)?

JM: xG (expected goals) would be nice but I’m going to go a little bit more basic and say ice time for the league. It’s more of a selfish answer because it would allow me to track the rest of the league or who the team is playing easier but I’m sure fans of the league would also like to see it.

OTF: The question everybody wants to know about: How did Egor Afanasyev do this season?

JM: I’d say he had a great season, [he’s] a great addition to the team. He made a pretty seamless transition to the OHL from the USHL and had high expectations coming into the league – expectations that he definitely met.

OTF: What have been his strengths, statistically? Is there something he excels at that doesn’t immediately jump out from the box score?

He was the goal-scorer he was touted to be but he showed great vision and ability to set up plays using his speed.

JM: Looking at the box score, he led in the team in goals and shots. He had over 30 goals and over 200 shots but something he excelled at that doesn’t show up in the box score is his play-making ability.

His shot rates are ridiculous, of his 62 games played he had ONE where he didn’t register a shot on goal. Ranks first on the team, had 15 more SOG (226) than the next closest player (211).

Author’s note: Due to his position with the Windsor Spitfires, much of the data that Johnathan tracks is proprietary and cannot be shared with the public. He was able to provide some simple box score statistics, and I have also supplemented this with publicly available data.

Thank you to Johnathan for graciously donating his time for this interview. You can follow him on Twitter @JohnathanMoran_.