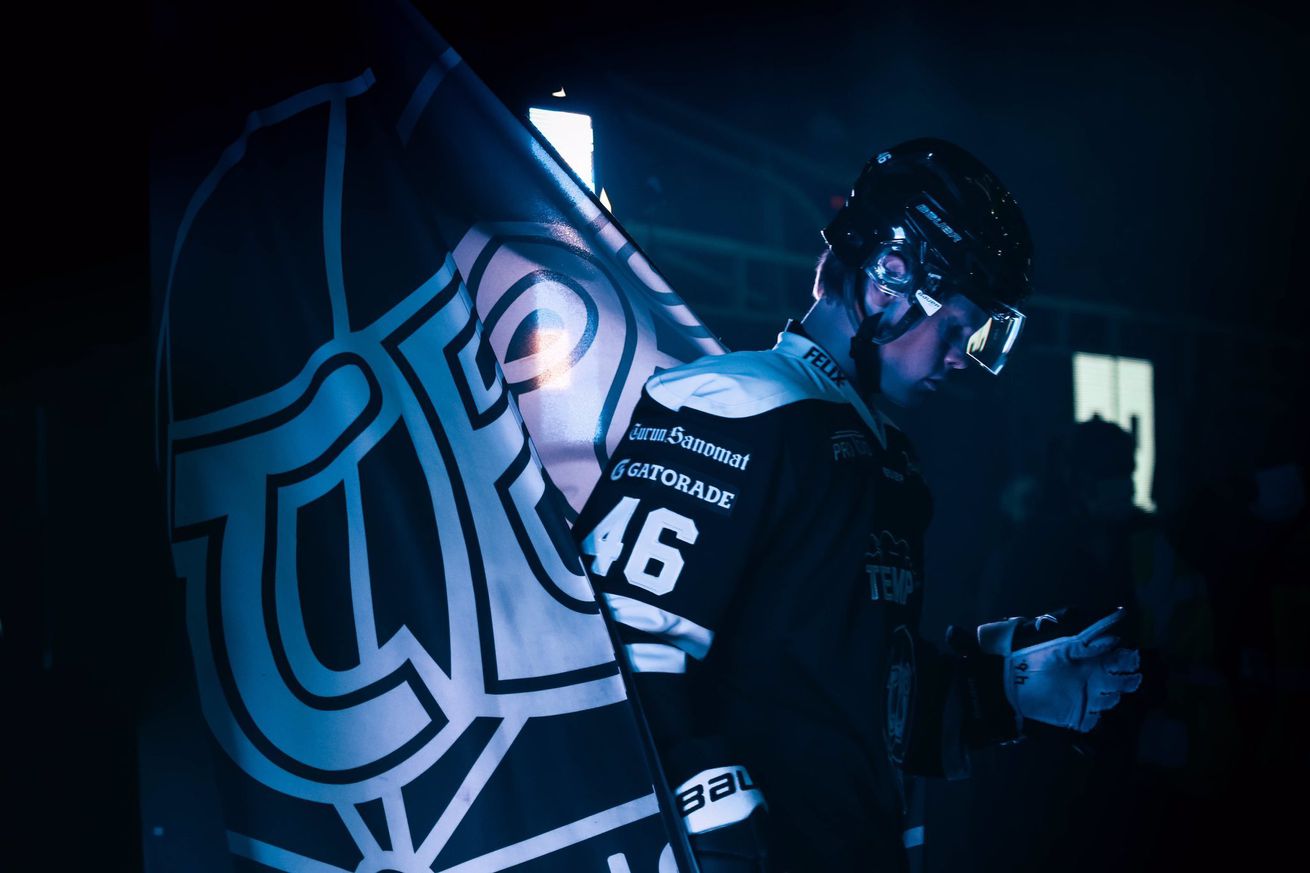 At just 19 years old, the Finnish center is succeeding in a top-six role.

Seventh-round picks at the NHL Entry Draft don’t typically make much noise in their draft year minus one, draft year minus two—or ever, sometimes. The art of finding hidden gems in later rounds is dwindling as scouting resources allow every team to gather intel on more prospects than ever.

Ever since the Nashville Predators selected Juuso Pärssinen 210th overall at the 2019 NHL Entry Draft, I’ve been trying to discern what 30 other clubs didn’t like about his potential. Clubs obviously have certain preferences, but to say I was surprised Pärssinen was available in round seven would be an understatement.

A season later, the Finnish forward is still flying under the radar despite playing top-six minutes in the Liiga as a 19-year old. The question of whether he has the potential to be an impact NHLer should now become when that impact will first be seen.

Fresh off his 2019 NHL Draft selection, Pärssinen returned to the TPS organization in Finland last season and posted a solid seven goals and 21 points in 20 games at the U20 level. It was enough to turn a cup of coffee at the pro level into 31 games in the Liiga, where he finished tied for third in points (12) among all U19 skaters last season.

Despite struggling at generating chances against significantly older competition, Pärssinen displayed his effectiveness at moving the puck up ice often. Last season, he left his defensive zone with puck possession on 74.19% of chances and entered the offensive zone with possession at a 65.0% success rate.

Since game one this season, Pärssinen has almost exclusively centered the second line for a TPS club with a middling record through 13 games and some minor COVID setbacks. Serving as an assistant captain, Pärssinen’s one goal and eight points might not stand out, but as the fourth-leading scorer on his club, he’s increased his points-per-game rate from 0.39 to 0.61 with these early returns.

Thrown to the wolves against top-six competition, Pärssinen has developed a nice 200-foot game as one of the youngest skaters in a men’s league. While he may be sacrificing five-on-five production at the moment (just two of his points are primary ones at even strength), he’s provided a positive presence given the circumstances at even strength: a 91.7 PDO rate (team shooting percentage plus save percentage while on-ice), a team-worst 0.866% save percentage while he’s on the ice, and a near even split of offensive and defensive zone starts (54.2 to 45.8).

At five-on-five, Pärssinen has a 50.6% Corsi rate—the fifth-best on among TPS forwards with 10+ games played—and, when games are tied or within one goal in the first or second period, Pärssinen’s possession rate improves to 52.6%.

Notably, Pärssinen has continued his effective transition play against stiffer competition. Through five games tracked this year, he’s exiting the zone with possession 71.43% of the time and entering the offensive zone successfully 60.0% of the time.

Last season, the biggest impediment to Pärssinen’s game was his skating ability. He could protect the puck well and get from end to end but lacked that extra gear to burn defenders to the outside. In early viewings this year, it’s clear Pärssinen won’t reach the NHL as an elite skater, but I’ve noticed some subtle refinements to his skating that are delivering results.

During the power play shift above, Pärssinen (#46, black) is skating with his head up more, he’s controlling the puck laterally and with pace better, and he’s using effective tools to create separation, including lateral crossovers near the red line to freeze the defender and open space at the blue line leading to an effective transition.

Lacking elite “social media skill,” Pärssinen’s puck protection skills help make up that deficiency. In this clip, he uses two, sometimes three, layers of his body to protect the puck (left leg, torso, arm) and navigate with control around two defenders and deep into the zone. Later in the shift, Pärssinen skates towards the loose puck already in his protection position. That way, once he corrals the puck, he can explode off the defender and deliver the puck to the middle of the ice.

Again, you won’t see Pärssinen speeding through the neutral zone, but his long leg extension and decent stride recovery allow him to easily beat poor defensive angles and keep his body in good protection position. In this clip, he displays that effective transition skill and caps it off with a crisp primary assist.

When not leading the rush or directing play with the puck, Pärssinen is finding ways to use his frame to engage physically with defenders but also find small seams in high-danger areas. In this clip, Pärssinen displays how he can effectively time his entanglement before exploding off the defender and finding the time and space necessary to put this puck in the back of the net.

On defense, Pärssinen has fared fine this season (especially given that putrid on-ice save percentage). His lack of speed can be exposed at times—especially by a player with good lateral agility—but he plays a sound puck-support game and can win or disrupt most puck battles. When a breakout doesn’t go as planned or a defender successfully pinches (as seen above), Pärssinen will need to improve his his timing and reaction skills to be a better defender. Regardless, his defensive positioning is well-developed for his age.

And his motor in all three zones doesn’t stop—regardless of the play at hand.

Finland isn’t a circuit that usually allows for a massive season-to-season jump in counting stats for less offensive players like Pärssinen, but after being thrown into such a demanding role at his age, his possession and transition numbers bode well for future success.

I’ve been impressed at the maturity of his play so far and am pleased with the noticeable effort he’s taking to tune up deficiencies in his game on and off the puck.

A simple NHLe model may not project Pärssinen would score more than 20 points in the NHL right now, but given the runway he’ll have to improve as a top-six forward in the Liiga over the next few seasons, I anticipate a more solid NHL arrival in the next two to three seasons.