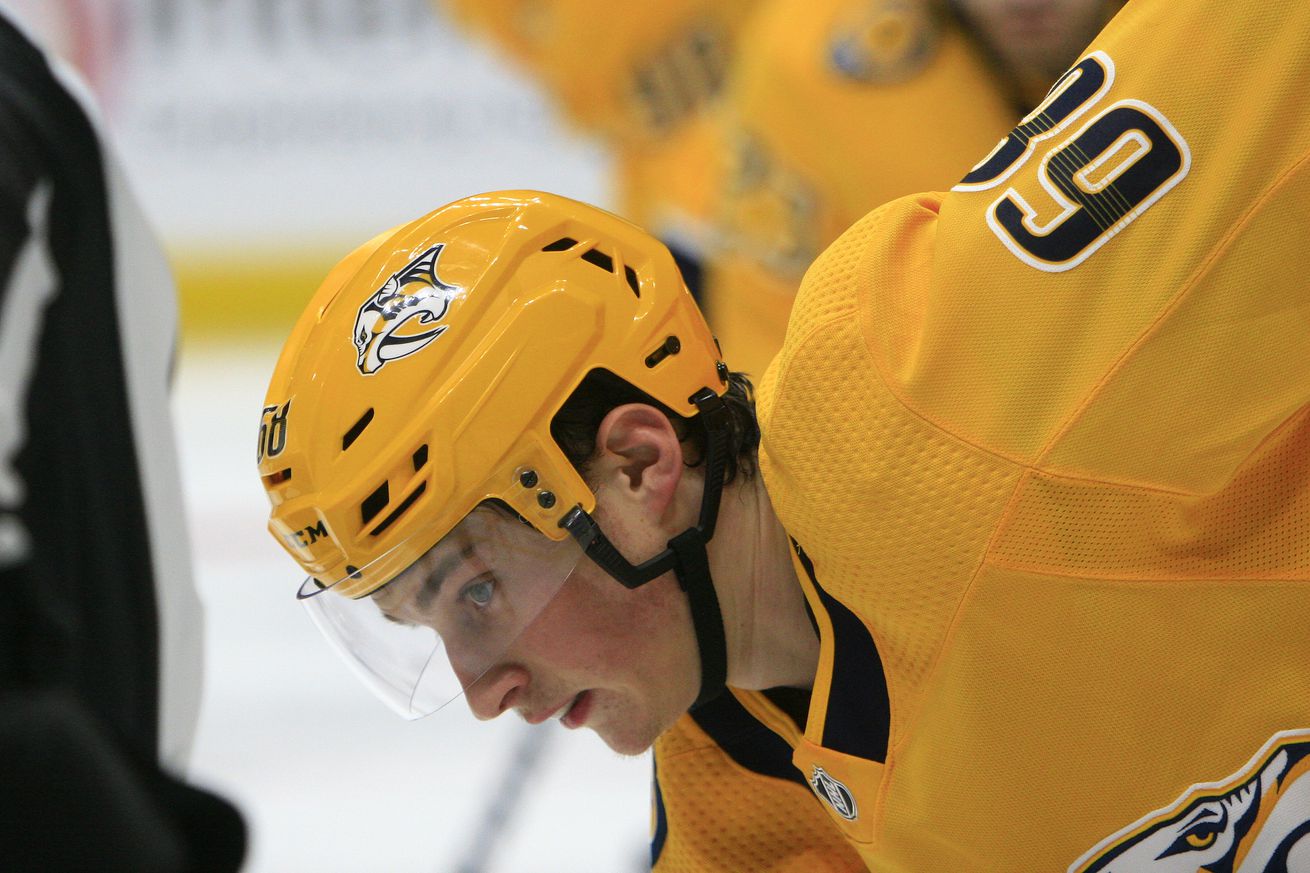 I just wanna see a fun new prospect in gold before this anatomy exam extinguishes my joy.

Why Nashville Predators Fans Should Want: Dawson Mercer | On The Forecheck
Yes, I’m plugging my own prospect article because I think it’s really good and you should read it. I feel weird about this too.

Breaking Down Shea Theodore’s Offensive Impact | JFresh
Shea Theodore is one of my favorite players to watch in the league, and I genuinely think he’s a top eight defender. JFresh has an excellent breakdown of him as a player here.

NHL draft: What does it cost to trade up? | Broad Street Hockey
Eric Tulsky, was, is, and will continue to be a brilliant hockey mind, which makes me even more upset that a lot of his early blogging work has been lost to the sands of time. Luckily, I’ve stumbled upon this awesome little article from a while ago on draft pick value, which I used in a harebrained (but fun!) article that should be coming out this Friday.

Crunching the Numbers: an Analytics Primer | Eamon Smith
I wrote this shabby little piece a while ago on my (basically dead) website, but I still think it serves as a nice public primer on the very basics of analytics and why they matter.

The Importance of Pressure for a Successful Forecheck | Hockey Graphs
The Predators are attempting to implement yet another forecheck-heavy, dump and chase system under John Hynes; this article does a good job of explaining the importance of pressure and certain aspects of what makes a forechecking unit great.

Impact of a Sellout Crowd on Shots on Goal Totals | CBJHAC
With fans missing from arenas, potentially for the long term, I thought this was a really neat watch. If the Preds don’t play in front of a raucous Bridgestone Arena, how will they likely be impacted?

A Development Plan for Quinton Byfield | Jack Han
This is an awesome piece by Jack Han that gives a bit of insight into how player reports and development processes can be done in an NHL organization. Byfield is a top-three prospect in the upcoming draft and has arguably the highest ceiling of any of the players in this class, and Han has some interesting takes on how to handle him.

Top NHL unrestricted free agents, can sign starting Oct. 9 | NHL.com
Here’s a brief preview of what the best of the UFA market could look like in this offseason (hint: no Predators appear on this list).

Islanders pushed to brink by quick Lightning strikes in Game 4 loss | NHL.com
The Islanders are being pushed to the brink of elimination in embarrassing fashion, ya hate to see it! As a Flyers fan this is highly cathartic, but I feel bad for Trotzy.

NHLes and the Timur Ibragimov experience | Erik Fowle
Erik Fowle is one of my favorite follows on Twitter, and I LOATHE the Sharks, so that should tell you something about the quality of his writing. This is a great piece on prospect analysis and finding gems in the draft with and without NHLe tools, and how scouting can be a combo of analytics and eyes.

2007: The inside story of the greatest season in college football history | Every Day Should Be Saturday
College football is back, and I figured it’d only be right to link y’all to an incredible written compilation of its wildest season in recent memory. In a world full of strife and mayhem, it’s nice to have college sports back, even if it doesn’t end up lasting. College students like me appreciate the little bit of distraction from our woes and the efforts of the players on the field to stand up for what’s right.

Nashville SC gets over the Atlanta United hump in comfortable win | For Club and Country
Nashville SC is winning games and literally just needs some strikers. I’m getting wrapped up in this team and I’ve always hated soccer/fútbol.