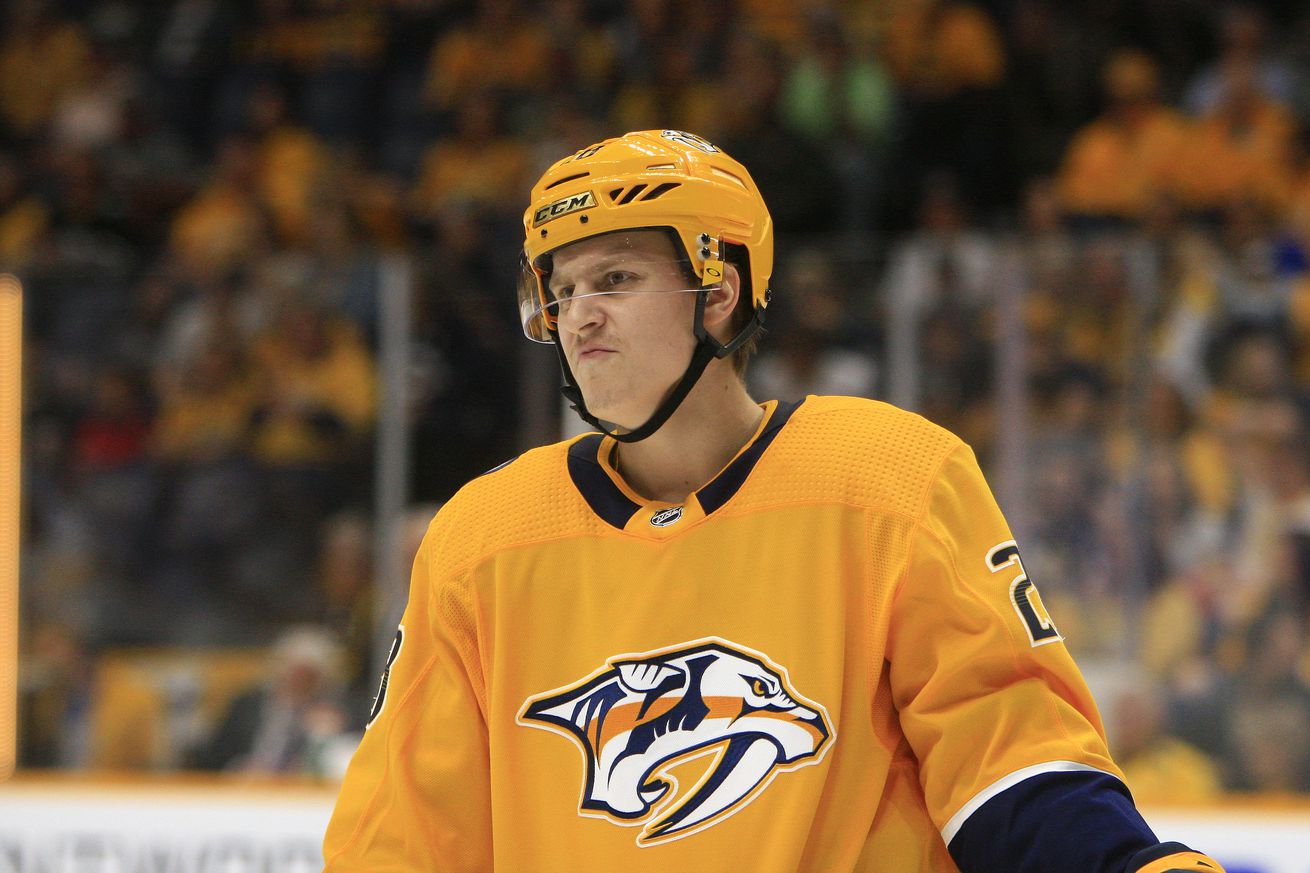 Two years ago yesterday, the Predators signed Eeli Tolvanen to his entry-level contract.

Take a walk down memory lane and into that comment section. Whoooo boy were we excited for this signing.

“Promising” is not the word I’d choose, as Clarkson is losing an excellent senior class.

The Cornell players must be gutted. #3 in the country and they had a chance to become the 4th school in NCAA history to win both the men’s and women’s National Championship in the same season.

Scott Perunovich is a stud who adds a new wrinkle to the Blues’ defense. He’s fantastic on the rush and will add tons of speed that the Blues lack on the blueline.

He also immediately has the best head of lettuce on the Blues.

The Avalanche played in San Jose two days after the Ottawa Senators, who also had two players test positive.

“CALLED BY DEATH”: How the 1919 Stanley Cup Final provides a window into modern-history’s deadliest pandemic

Perhaps the most interesting article I’ve read in a long, long time.