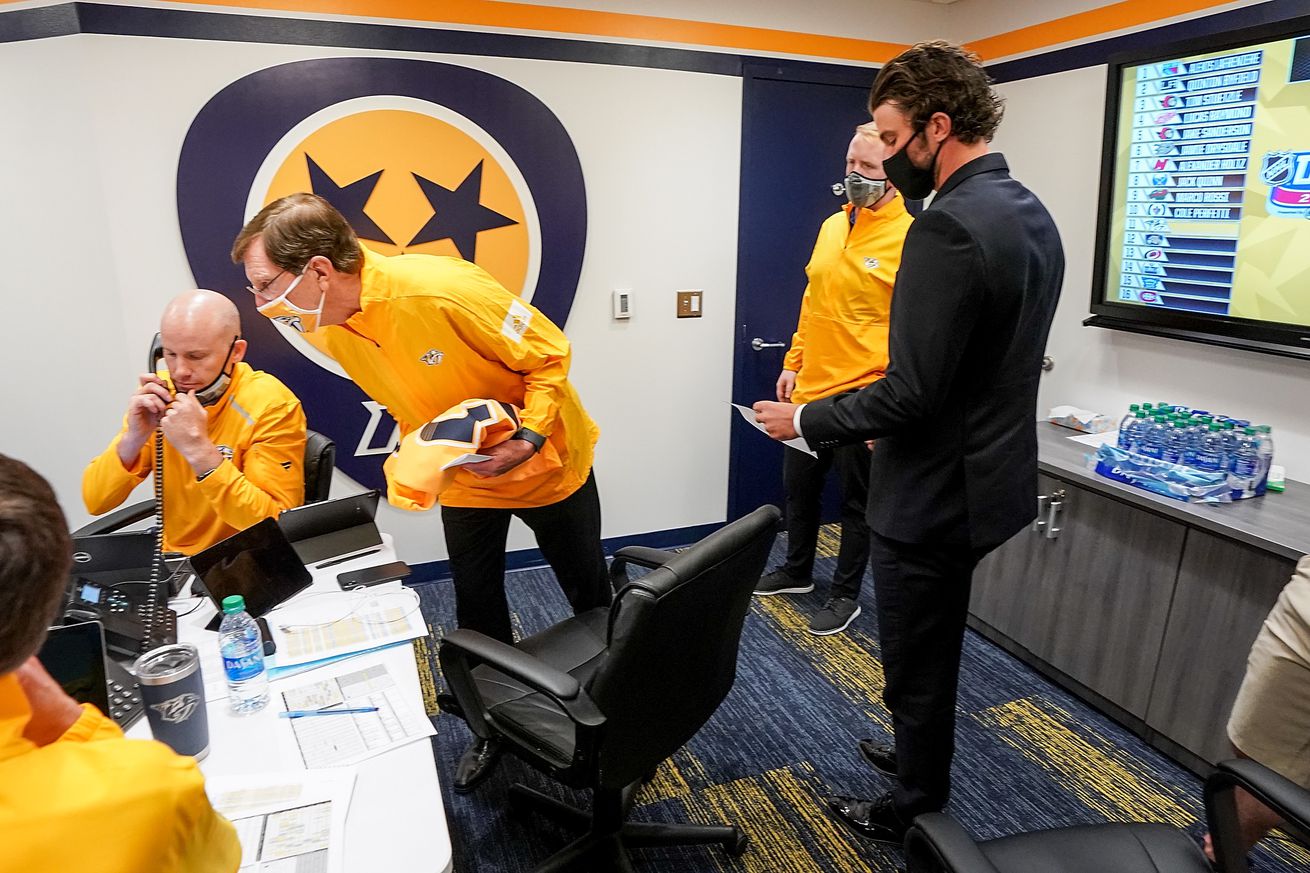 The forward is their second late-round pick from the Chicago Steel of the USHL.

In the seventh round of today’s NHL Entry Draft, with the first of two picks acquired from the Philadelphia Flyers, the Nashville Predators selected forward Gunnarwolfe Fontaine, again from the Chicago Steel organization. Fontaine is in his DY+1 year but just missed this being his last year of eligibility by one day. He’s on the smaller side but scored 26 goals and 57 points in 45 games last season—fourth on the Steel.

Fontaine, who is headed to Northeastern University, is a tenacious skater who is constantly moving his feet in pursuit of the puck. He has some good offensive skill and his motor helps draw penalties, but he could touch up his skating mechanics. I’m concerned about the offensive bump he received playing for such a dominant Chicago team and don’t imagine him having a very high ceiling beyond the collegiate level.