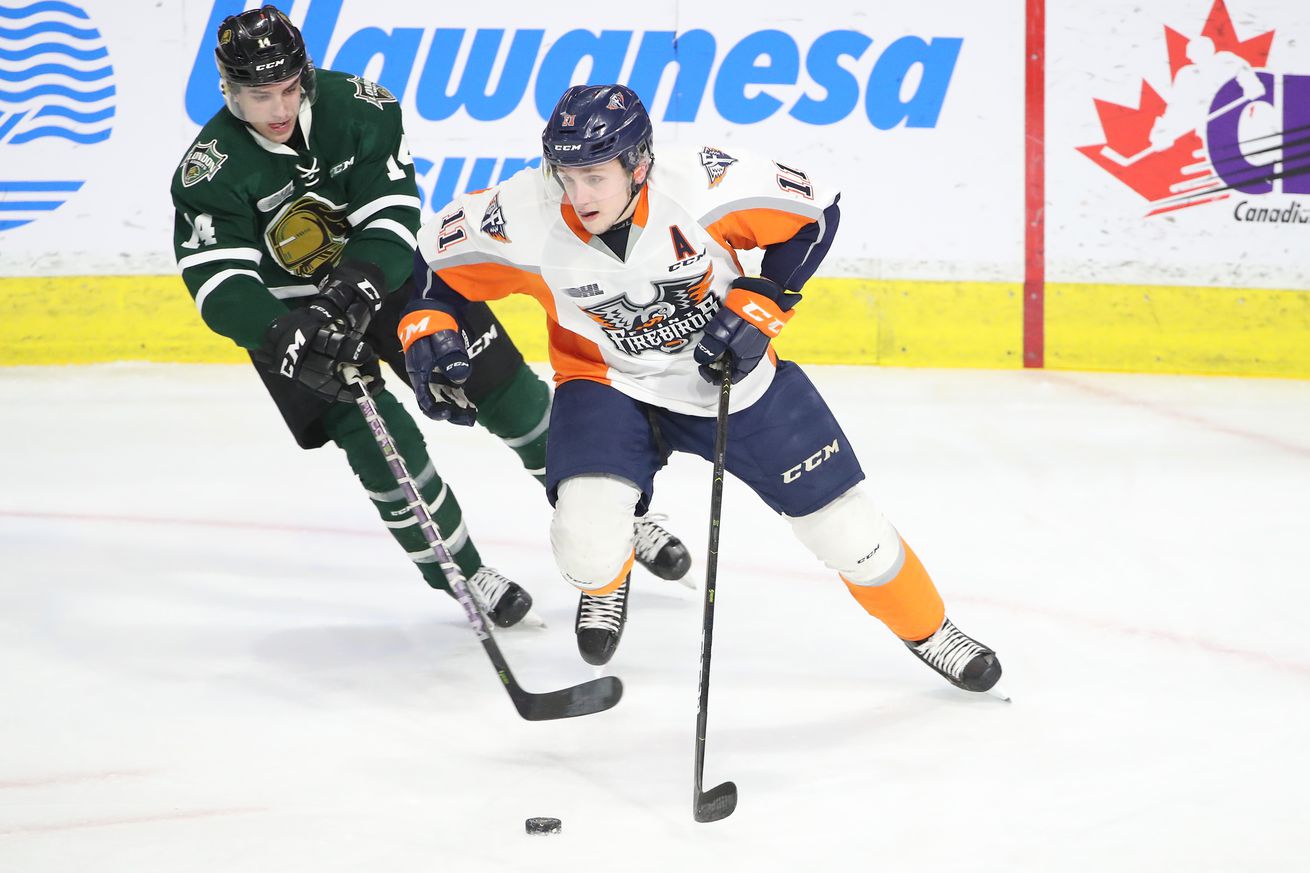 Evangelista was selected 42nd overall at the 2020 NHL Entry Draft

On Monday, the Nashville Predators announced the signing of forward Luke Evangelista to a three-year, entry-level contract.

The #Preds have signed forward Luke Evangelista to a three-year, entry-level contract >> https://t.co/lzzwcKmbw9

The London Knights forward was selected with the 42nd overall pick in the second round of the 2020 NHL Draft held last month.

A sub-6’0” forward, Evangelista excelled for the OHL’s Knights last season, scoring 61 points in 62 games, including 57 points at even-strength play. His 0.5968 even-strength primary points per game rate ranked 11th among all draft-eligible OHL forwards in 2019-20.

Expected to return to London for the 2020-21 season, Evangelista’s immediate future is uncertain as the OHL navigates the COVID-19 pandemic. The latest estimation is that the league is hoping for an early February season start with a shortened, compact schedule. At the time, it is unclear whether Nashville has made an effort to loan Evangelista to a European club.

While the contract details have yet to be reported, expect this deal to slide one or two seasons. Per the NHL’s collective bargaining agreement, Evangelista’s contract is eligible to ‘slide’ a maximum of two seasons should he not play at least 10 NHL games (regular season or playoffs) in 2020-21 and 2021-22. In that case, year one of the contract would not begin until the 2022-23 season.