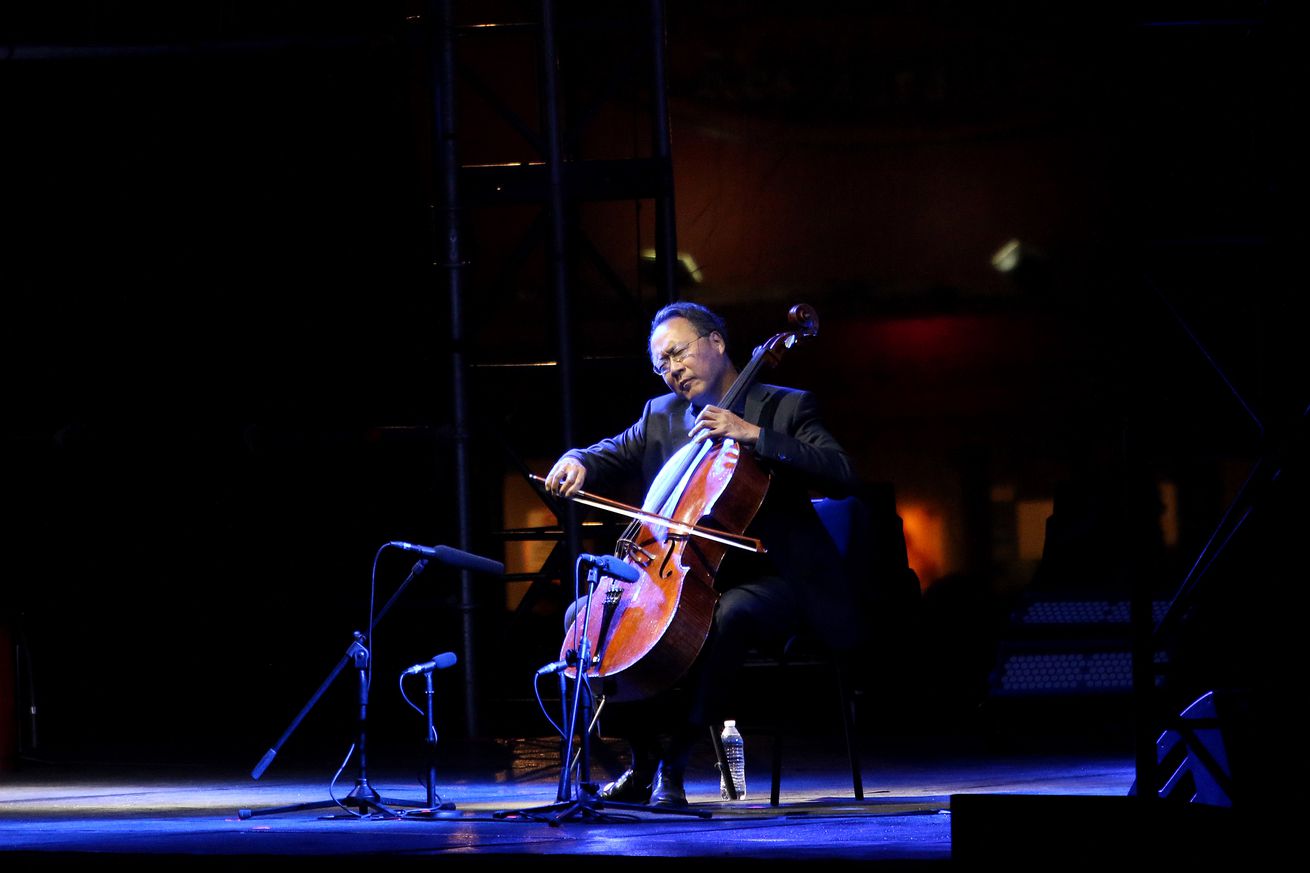 I was sitting in the upper balcony of the Norton Center for the Arts in Danville, Kentucky watching Yo-Yo Ma, quite possibly the most celebrated and talented cellist of our generation, play his cello with unrivaled skill and ability. It was incredible. And, hindsight being what it is, I truly feel honored that I got to experience the evening.

At the time, I really didn’t care.

That’s right: my band, The Kincaid Family Farm, had a huge show coming up that weekend and we needed to rehearse. Oddly enough, the only thing that sat in our way was Yo-Yo Ma, as our practice space was located in the basement rehearsal/recording chamber of the Norton Center. Heading down to practice would obviously cause a huge interruption. So, it was decided that we had to wait it out. But the delightful cellist carried on and I, an uncultured monster, began to wonder if I’d ever be reunited with my precious Les Paul Sunburst four-stringer again.

I was getting ready to leave when I heard Yo-Yo Ma announce that he was going to play something called the Goldberg Variations (I got my hopes up because Goldberg had been on a tear in the WCW at the time and I was anxiously anticipating a crossover event). Unfortunately, it was just more classical music. When the song finally ended, I looked around and noticed one of my friends, Joy, was sitting near me. “Hey,” I whisper-shouted, “when you get back to your room, call me and let me know.” She agreed and I got up and got the heck out of there.

Back in my dorm, I let my bandmates in on my sweet set up—as soon as I got the call from Joy, that meant we could head down to our rehearsal space and get to rockin’. Now, I should point out that no one had cellphones back then. Yes, they existed, but it was only the rare rich kid that had one and they only used them to call home after 9:00 pm. So, the phones in our rooms were really the only form of communication. Anyway, I got the call from Joy much sooner than I had anticipated and alerted the others. We quickly met up on the way down to the rehearsal space.

Everyone started getting their guitars hooked up to amplifiers and our drummer started testing his drum heads. We were all fairly preoccupied with tuning up because we had already pushed practice back because of the Yo-Yo Ma concert and we knew that we needed to get our sweet covers of “Magic Carpet Ride” and “Knockin’ On Heaven’s Door” ready for our audience. We were also heavily concerned with getting the timing on our Doors medley, a huge crowd-pleaser, just right.

Just as Sam turned the volume up on his amp and rang out a volume eleven G-chord, a burst of light hit us from a spot in the room we had never noticed before. We all four looked up to the upper corner of the room, which always looked like a window covered with a board, to see the board had been removed. A guy was sitting behind a giant sound board, waving and gesticulating wildly to us while a stern looking man behind him was making the “throat-cut” motion with his hands. We quickly stopped playing. The men behind the glass started shaking their heads and turned their attention back to the sound board.

The fatal flaw in my master plan was that I had assumed Joy was going to stay at the Yo-Yo Ma concert until the very end. However, Joy stayed until the intermission and decided she’d had enough. She returned to her room and called me, just like I’d asked. And I, clearly worthy of my 1.9 GPA, gave the all-clear signal to the rest of the band. When we arrived, the concert had just resumed and, from what many in attendance told me later, the audience was in the middle of applauding the end of a very complex piece when that fateful G-chord rang out. A few people (including one of the guys behind the sound board) did notice that Yo-Yo had a strange look on his face during that round of applause…probably due to his proximity to us enabling him to hear the hard-rockin’ G.

We learned an important lesson that day—if you’re going to rock, it’s best to rock after Yo-Yo Ma is done playing a huge concert right above your rehearsal space. The good news is that we managed to get our practice in and went on to completely rock out the Sigma Chi house basement that Saturday night AND Sam’s perfectly timed chord managed to go fairly well unnoticed by all except for the sound guys and Yo-Yo Ma himself, so we avoided any trouble.

Of course, we never got to hear from Mr. Ma, which is kind of sad, really. I would really like to apologize to him. We didn’t mean to interrupt him, but one time a dude jumped on stage near me during a show and I headbutted him (my hands were busy playing a funky reggae bassline). So, if Yo-Yo wanted to headbutt me, or otherwise express his anger in a healthier, more sophisticated fashion, that would be okay, too. However, I’d also secretly like to know if he heard us and thought for a moment, “Hey, sounds like a pretty sweet rock band is practicing and I’m going to find them after this concert and play strings on a cover of ‘November Rain’”…because he probably did.