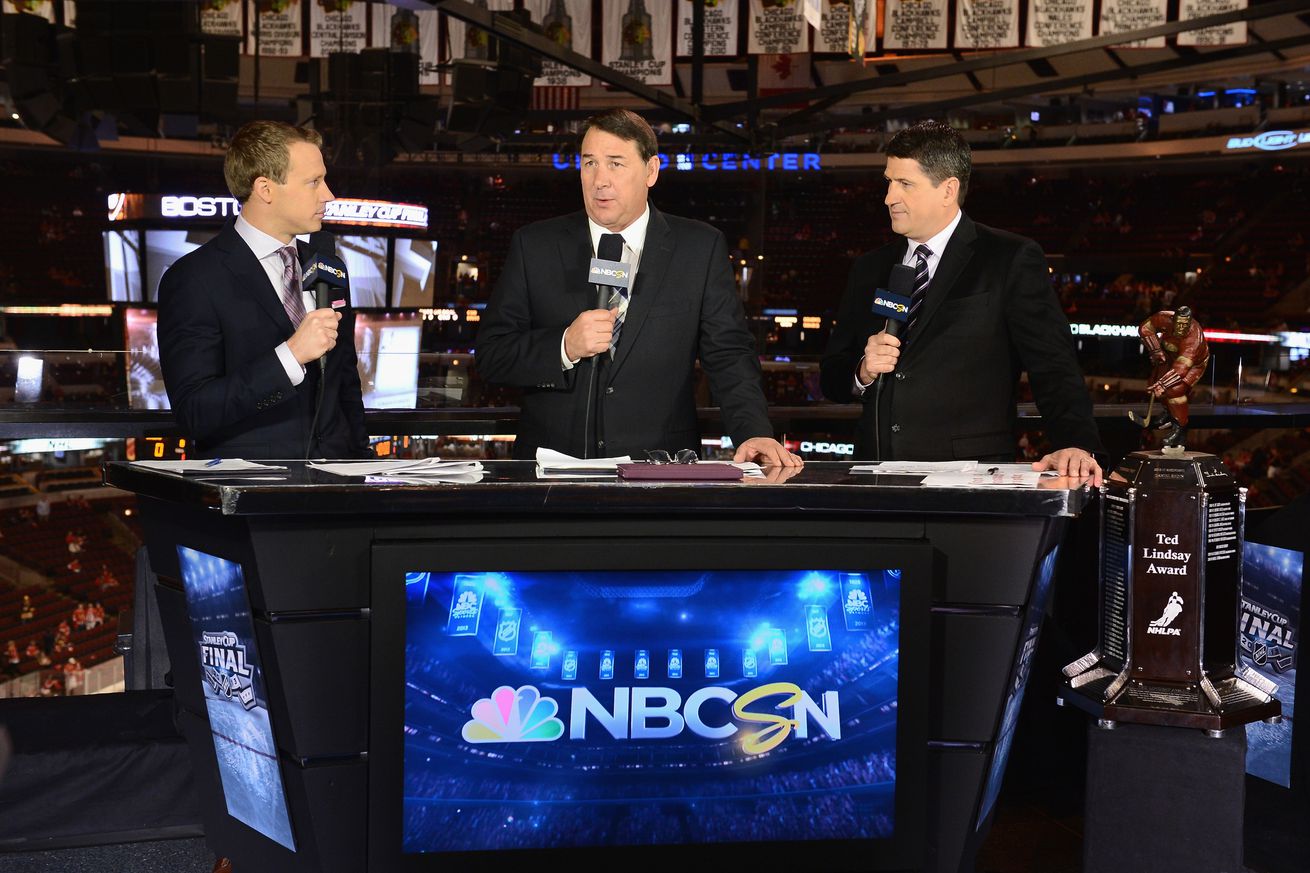 I am done staying silent as a fan and as a journalist when it comes to disrespect toward women.

The following piece is an editorial which represents the opinions of the author.

The NHL is less than one month into their restart. The league was reaping the benefits of their hugely successful Stanley Cup Qualifiers and Playoffs when they became embroiled in controversy created by a talking head who is no stranger to controversy.

“Not even any woman here to disrupt your concentration,” Milbury said when discussing the isolation players are experiencing in the bubble.

As a woman, fan, and NHL beat writer, I must say, I have lost all patience for this type of cavalier attitude and behavior. I have lost patience for men like Milbury, who believe women are simply objects to play a supporting role in the lives of men.

However, my lack of patience extends beyond Milbury. Men like Milbury, unfortunately, will always be around. It’s the people who give a voice to men like Milbury and then enable him by not saying, “enough is enough,” that are equally, if not more of the problem.

In December 2019, NBCSN took swift action suspending analyst Jeremy Roenick for sexually harassing comments he made about his colleagues, Kathryn Tappen, Patrick Sharp, and Anson Carter, during an appearance on the NHL-themed podcast Spittin’ Chiclets. Roenick was subsequently fired for those comments in February. Though Roenick was a popular personality, often lauded for his fun on-air segments, his star is arguably dimmer than that of Milbury. Essentially, what I’m saying is, Roenick was an easy loss for NBCSN. With the rising star power of Patrick Sharp and the talent of Anson Carter and the addition of AJ Mleczko to broadcasts in the last year, NBCSN could afford to lose Roenick.

Unlike with Roenick, NBCSN has taken their time with Milbury following his comments. They made sure he was not part of Friday evening’s broadcast (whether he was originally slated to be on the call is unknown), and released a statement saying they’re ‘disappointed’ with his comments and have spoken with him about it. They also released a statement from Milbury via their Twitter account Saturday. In that statement, Milbury announced he would be stepping away from his analyst duties so that he didn’t become a “distraction” during the playoffs. Let’s take a moment to pause and appreciate the irony here — Mike Milbury, head of the distraction committee (note the sarcasm), became what he feared. You really hate to see it.

NBC Sports says, “We’re disappointed about Mike’s insensitive comment and have addressed it with him.”

The question I’d like answered is, why does Mike Milbury get to decide his fate in this instance? When will enough be enough? When will sexism and misogyny become a zero-tolerance offense? If you want to grow your base, this is not how you go about it.

If NBCSN is going to take a strong stance on sexism in the workplace — as they did when they cut ties with Roenick — why does the same not apply to Milbury? When you fire one employee, but keep another for a similar offense, your stance looks hollow — like firing Roenick was just to appease the masses. What good does being ‘disappointed’ do when there is no real, meaningful punishment for the crime?

The fact that NBCSN fired JR for his remarks on a podcast, but simply put out a statement about ‘disappointment’ for Milbury shows they don’t actually care about misogyny/sexism. The message they’re sending says their “heavyweights” are safe regardless of what they say. https://t.co/YrYEDEjD5P

As I said earlier, this isn’t Milbury’s first offense when it comes to questionable comments which disrespect fans, players, and the game itself. Most notably, Milbury criticized P.K. Subban for his on-ice warm ups in 2017 saying he needed a “rap on the head.” Later that same season, Milbury said Subban ‘had it coming’ when he hit his head on the ice following a fight. He was not suspended for either comment.

NBCSN’s consistent protection of Milbury leads me to wonder how much they’re willing to put up with. Is there no line he could cross that they would deem “too far”? Because when you repeatedly protect an employee that’s causing controversy and embarrassment for your network, it’s only a matter of time before another incident arises.

The message NBCSN is sending to female fans, female athletes, and their own female employees is that the network cares less about all of them than they do about one man. The network isn’t lacking in diverse talent to take the place of Milbury, and with his archaic views, they would not be losing anything of value.

How about, “in light of the disrespect I carelessly showed my female colleagues, fans, and athletes, I have decided to step away so that my female counterparts may have the opportunity that I squandered”

He shouldn’t have been afforded the privilege to step away https://t.co/x2UtmTicBv

It’s time NBCSN and the NHL show that they’ve evolved past sexism and misogyny and say goodbye to Milbury and anyone else with derogatory views of women. Whether this will happen remains to be seen, but I refuse to stay silent any longer. I’ve lost my patience for this behavior.