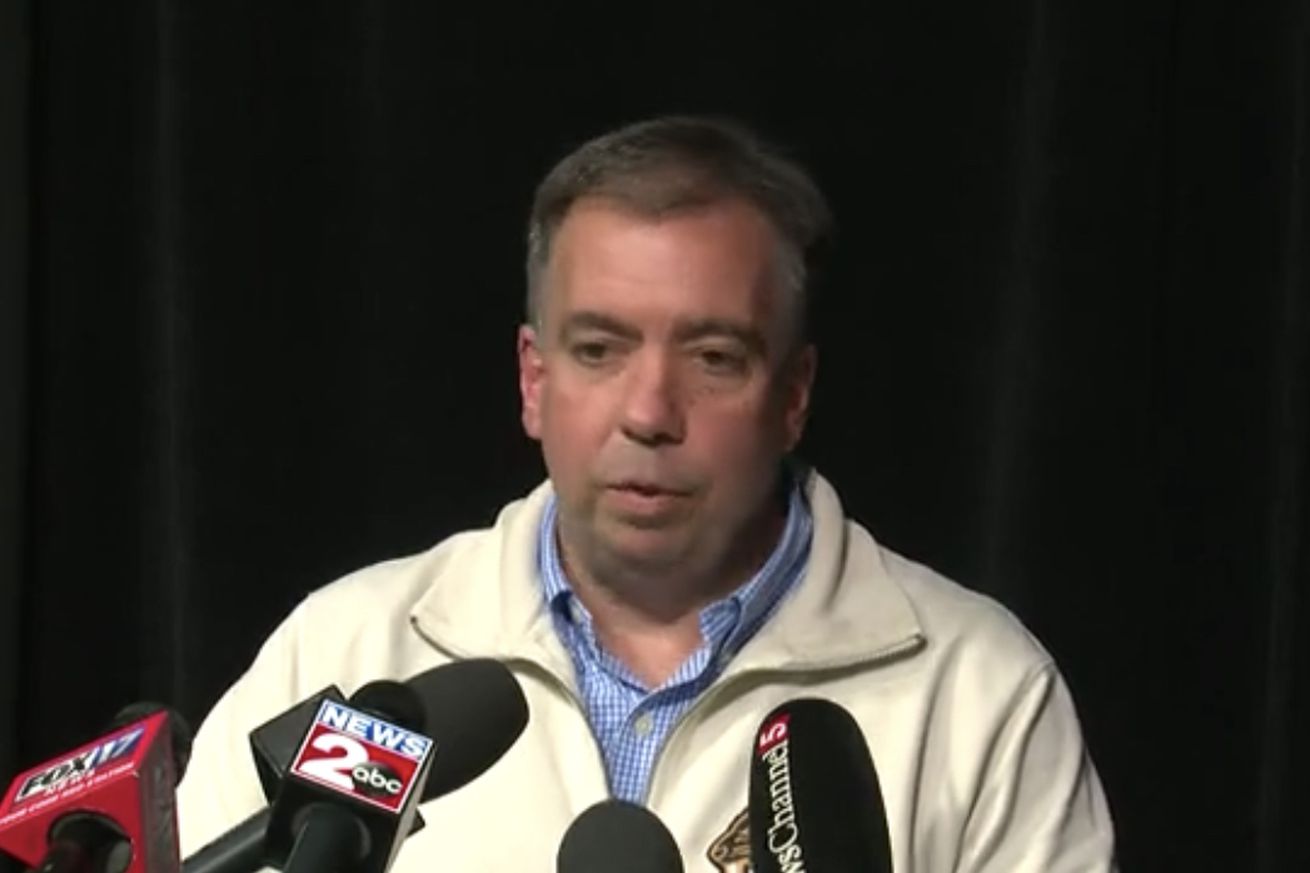 Nashville Predators CEO Sean Henry, otherwise known as ‘PREDSident’ on social media, addressed a room of journalists Thursday. His press conference came just hours after the NHL suspended the ‘19-’20 season and the SEC cancelled the conference tournament being held at Bridgestone arena due to COVID-19.

“I really wish we were here talking about the record attendance we were about to set for the SEC, or Vandy’s [Vanderbilt University] amazing run until Sunday, but obviously we are not,” Henry said to begin the press conference.

The CEO did not mask his disappointment at the cancelation of the SEC Tournament, which draws a big crowd in Nashville ever year, but was firm in saying it was the correct decision.

“We all know what sports can do for a community. When a community is hurting following a natural disaster, poor economic times, civil unrest, whatever it may be, sports brings people together,” he said.

“We know what we are coming out of, eight days ago, nine days ago, whatever it was, with the tornadoes, and to be able to use our games or the SEC to raise money or raise awareness, to bring a distraction, was something we were all looking forward to. But, with the Coronavirus as the backdrop, you look at what the NHL and the SEC did today and they took really hard steps to do what was right. I say hard because you want to play those games. You heard [SEC Commissioner] Greg Sankey talk about it either yesterday or today, the last thing he wanted to do was cancel [the tournament], it was hard it was painful, for many reasons, none of them financial.”

Henry says his goal, along with the SEC, was not to play in empty arenas, but admits it wasn’t realistic with where the pandemic currently is.

He says the goal of the suspension is to give all employees, including Predators players, time to isolate themselves and stay healthy, then return to business as usual when it’s safe.

The most poignant moment from Henry’s press conference came when he made the announcement that all employees scheduled to work the SEC Tournament at Bridgestone Arena over the weekend would be compensated for the work they were scheduled to do.

#Preds CEO Sean Henry says employees scheduled to work sporting events that were cancelled due to COVID-19 will receive the pay they were due. @OnTheForecheck

“A lot of time, the people who are lost when we talk about canceling a concert, moving a concert, missing the playoffs, a lockout, or a pause, are employees,” Henry said.

“Our events staff are the people who make us what we are. We are given a lot of accolades for being the best sports team in all of sports, the most fun atmosphere, all those great things we are, are due to the people who choose to work here in the evening. Whether it’s a second job, away from the home job, a retirement job, after school job, or your main source of income, it’s something they all rely on. Without events, for a period of time, they’re all going to be hurting. What we made the decision to do, at least through the weekend, through the scheduled event of the SEC, any confirmed shifts people had from a part-time standpoint, we are going to make them whole and pay them for those shifts and then we will look at the rest of the remaining month going into April for what remaining events will be missed as well and build a plan or a program to do the same thing around that.”

“They really are the heroes of what we do every day. They’re the pulse beat of what we are, so I just think it’s the right thing to do. We don’t have that plan fully baked right now, but we want to try to make sure we do the right thing for all of them.”

Henry says as someone who is often accused of caring only about sales, he admits his accusers aren’t wrong. However, Henry says all sales, including tickets for next season, are being put on hold, until the plan remainder of the season is sorted out. He says it was a ‘weird’ thing for him to announce.

He says, however, fundraising efforts to help those impacted by the March tornadoes in Tennessee will continue, as they focus on the still healing community.

The CEO doubled down on the NHL’s announcement of a ‘pause’ and reiterated that it’s called a pause because they are working on the next steps to bring the teams back to finish as many games as possible. He says that will happen once it is safe to do so.

As for those wondering about ticket refunds, Henry says due to the nature of the pause and the possibility those games will be played, refunds aren’t currently available. He says if any games are cancelled, or the remainder of the season is cancelled, both season ticket holders and single-game buyers will receive full refunds.

Henry says currently the Predators are still in Toronto, where they were scheduled to play against the Maple Leafs Thursday night. He says he, General Manager David Poile, and coach John Hynes have been in constant contact. Henry says the top priority is to get the team home to Nashville and to keep them there where they can self-quarantine and stay healthy. There will be no skating and no practicing during the pause.

He did confirm the players are being paid during the ‘pause.’ The CEO says the Predators have been in contact with the NHL about their availability from July through October for a future plan on resuming the season.

“I’m pretty proud to be associated with the NHL,” Henry said. He said he feels pride in how the league monitored the COVID-19 situation and had an ever-changing plan that the rest of the league adapted to consistently.

It is currently unknown when the NHL could resume play.