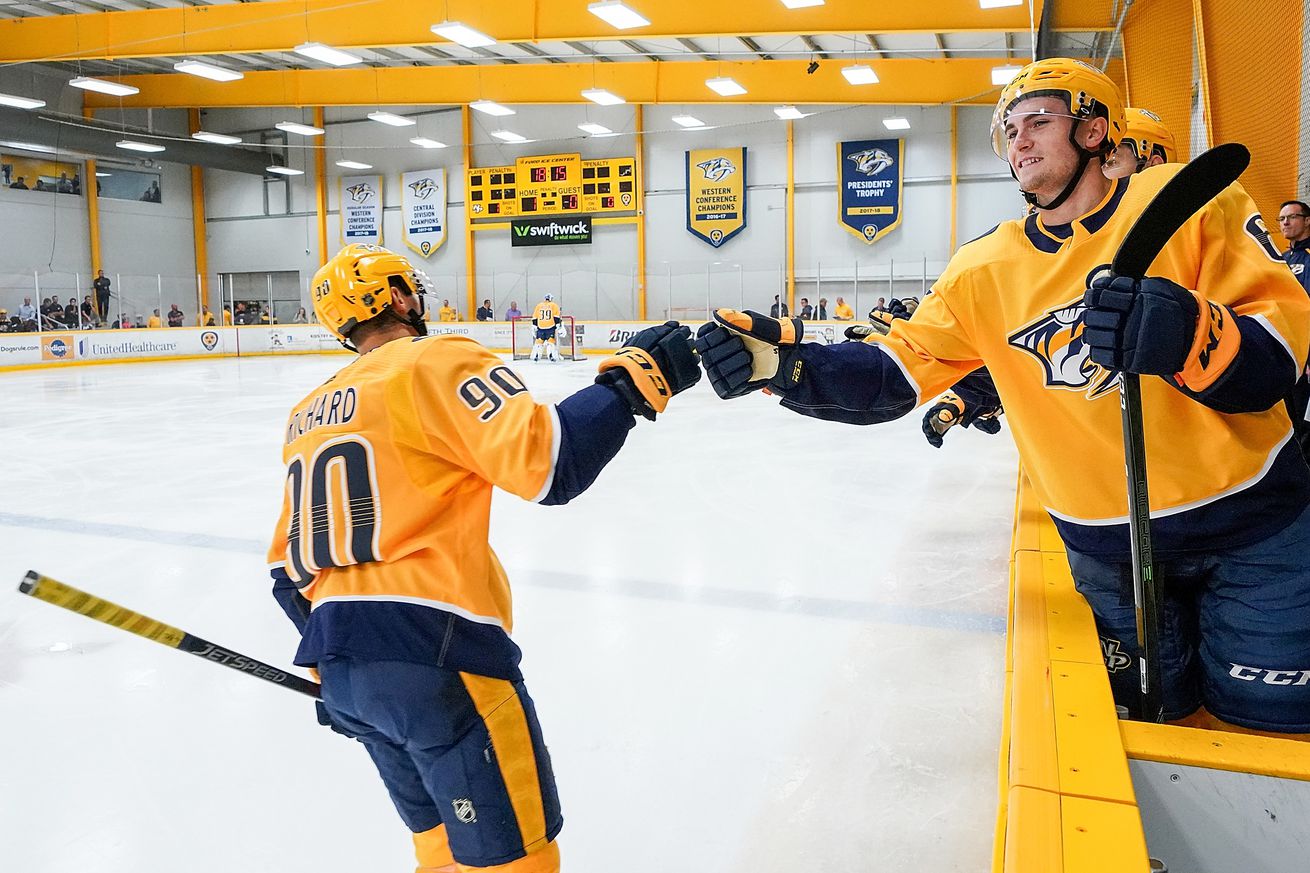 The Admirals forward will remain in the organization next season

The Nashville Predators announced Monday morning that Anthony Richard has been signed to a one-year, two-way contract worth $735,000/$65,000 at the NHL/AHL level respectively. The speedy forward has scored 57 goals for the Milwaukee Admirals over the last 3 seasons since turning pro. The 23 year old posted 14 goals this season with the Admirals and earned a recall to the Predators early in the season.

Richard is one of the most dynamic skaters with the Admirals, serving time with Milwaukee power play units. He’s also one of six Admirals to score a short handed goal this season. His 57 goals over the last three seasons are the most of any Admiral over that time span.

The future is bright for Richard if he is able to carve a role for himself in Nashville. However, a clear path to the NHL is not exactly apparent with other young forwards also seeking a spot with the big club.

Stay tuned for an in-depth breakdown of Richard’s season in Milwaukee from our very own Eric Dunay.