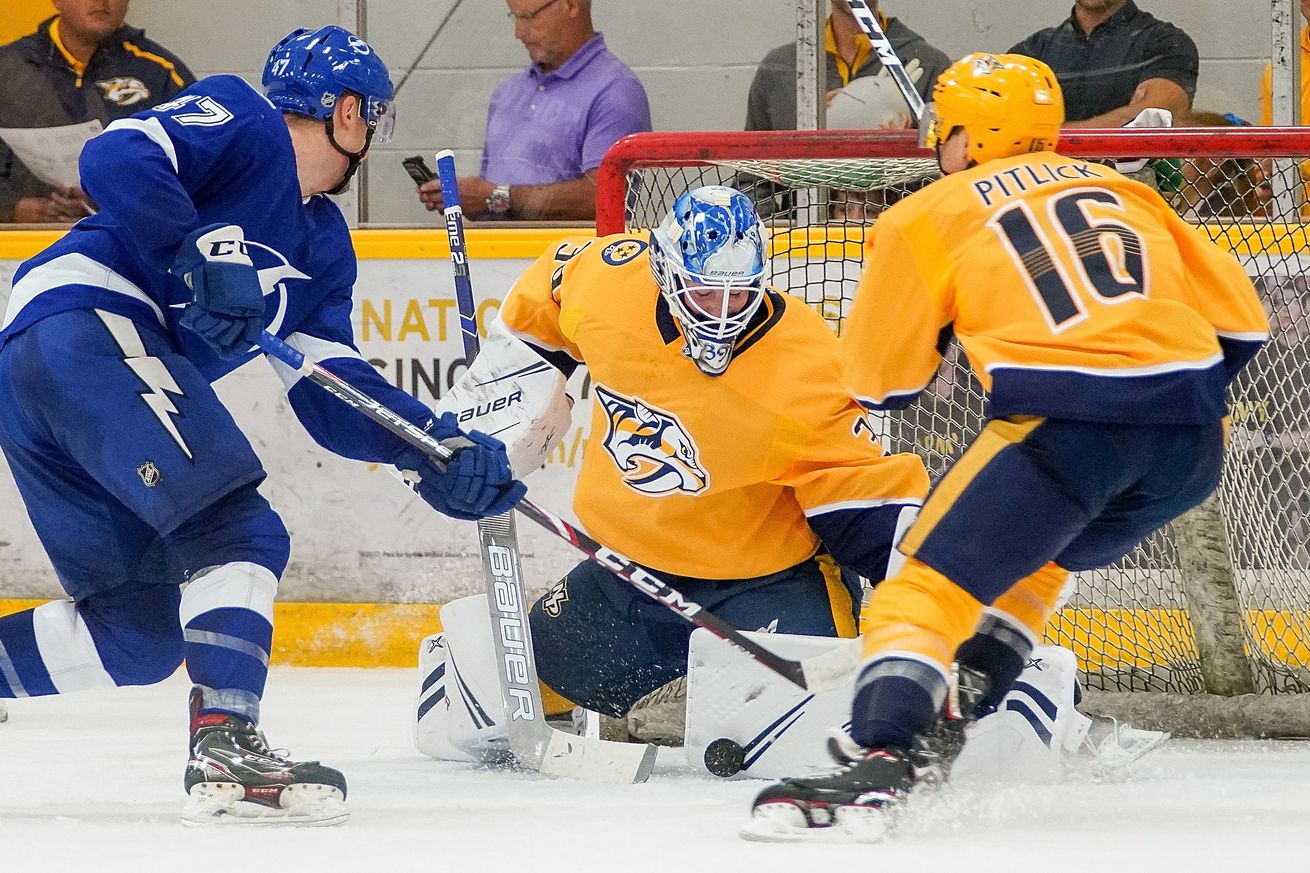 Nashville Predators general manager David Poile and the Predators organization announced Monday morning that goaltender Connor Ingram had signed a three year, two-way contract (for the first two years, the final year is an NHL-only contract) through the 2022-23 season with the team.

The former third-round pick (2016) of the Tampa Bay Lightning came to the team last offseason after much-reported conflicts between Ingram and the Lightning organization, and immediately became one-half of the best goaltending tandem in the American Hockey League (AHL) for the Nashville-affiliated Milwaukee Admirals.

Alongside Troy Grosenick, Ingram helped lead Milwaukee to the best regular season record in the AHL prior to the season’s suspension. He finished third overall in save percentage, wins and goals against average, while also being voted to the 2020 AHL All-Star game in January.

Connor Ingram is perhaps one of the best NHL prospects in the Nashville Predators system, and with the upcoming season being the last on Pekka Rinne’s contract, this move may cement Ingram as his eventual replacement in the Music City.

As always, we at On The Forecheck have watched Connor Ingram closely since his arrival last summer, and we will have in-depth coverage soon of Ingram’s season between the pipes for the Admirals.