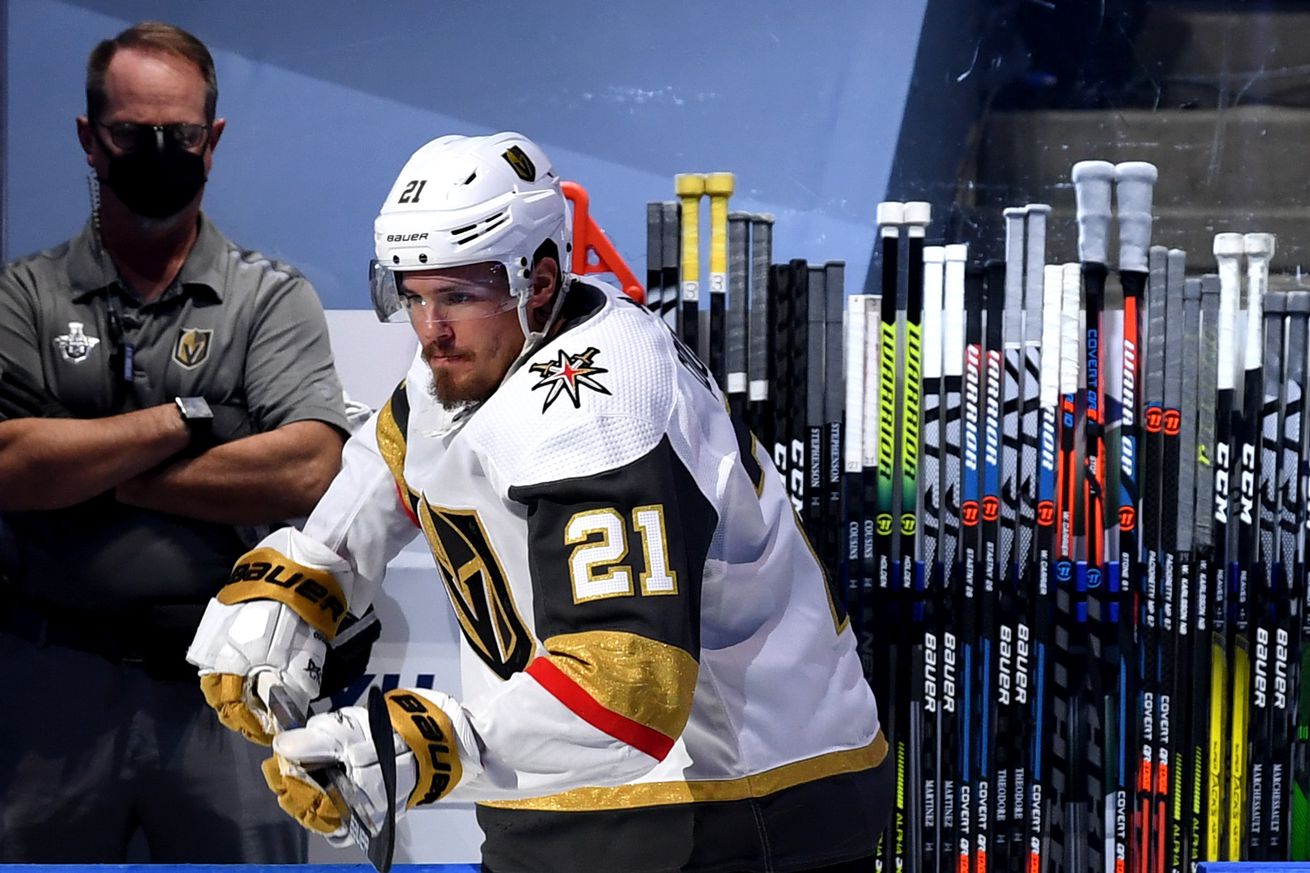 The 27-year-old forward was not given a qualifying offer by Vegas last week, and heads to Nashville.

While much of the attention stays focused on Taylor Hall, Nashville added a third veteran player to their depleted roster by signing unrestricted free agent Nick Cousins to a two-year, $1.5 million contract Friday evening.

Cousins became an unrestricted free agent this week after not being given a qualifying offer by the Vegas Golden Knights. Cousins started the season with the Montreal Canadiens before being traded in February to Vegas in exchange for a fourth-round pick in next year’s draft.

Last season, Cousins appeared in 58 games for Montreal, scoring nine goals and thirteen assists prior to the trade. Once arriving in Vegas, Cousins had a short debut with the team before the regular season was suspended, with just one goal and two assists in seven games. He saw extended time during the playoffs, appearing in 17 games, with only five assists and no goals.

The two-year, $1.5 million AAV deal is well below the projected three-year, $2.6 million AAV estimate by Evolving-Hockey.com. However, despite the 35-point season, Cousins looks to be an effective player on both sides of the ice.

A plus seven on even strength offense is nothing to scoff at, and while he’s not scoring much himself, he’s an effective playmaker when generating offense for his teammates. His strong defensive isolate (opposing offenses perform at 11% less than league average) suggests he could fill the defensive void left by Nick Bonino’s trade to Minnesota.

Using the Regularized Adjusted Plus-Minus model (RAPM) from Evolving-Hockey.com, you can see that while Cousins is effective at taking shots, finishing those shots by turning them into goals is a very different story. However, the expected goals against per 60 value (xGA/60) is good enough to make this acquisition a good stopgap in the bottom six defensively.

The Elephant In The Room

On paper, there’s a lot to like about the signing. A fairly young player with a decent two-way game signed for under the projected AAV—great news, right? I knew the name stuck out to me for some reason, but I couldn’t place it.

And then a colleague helped me remember. The folks at Broad Street Hockey had run a couple of stories.

There’s a larger and much more nuanced discussion that needs to be had on this subject—both regarding Cousins and the Nashville organization’s history of signing players with similar histories. We can only discuss the facts and what has been ruled on legally, but there’s an uncomfortable trend developing in the Predators organization, and it’s an unfortunate “yes, but” moment for what seemed like a good signing initially.

All we can do is wait and see.

Statistics and background analysis from HockeyViz.com and Evolving-Hockey.com.