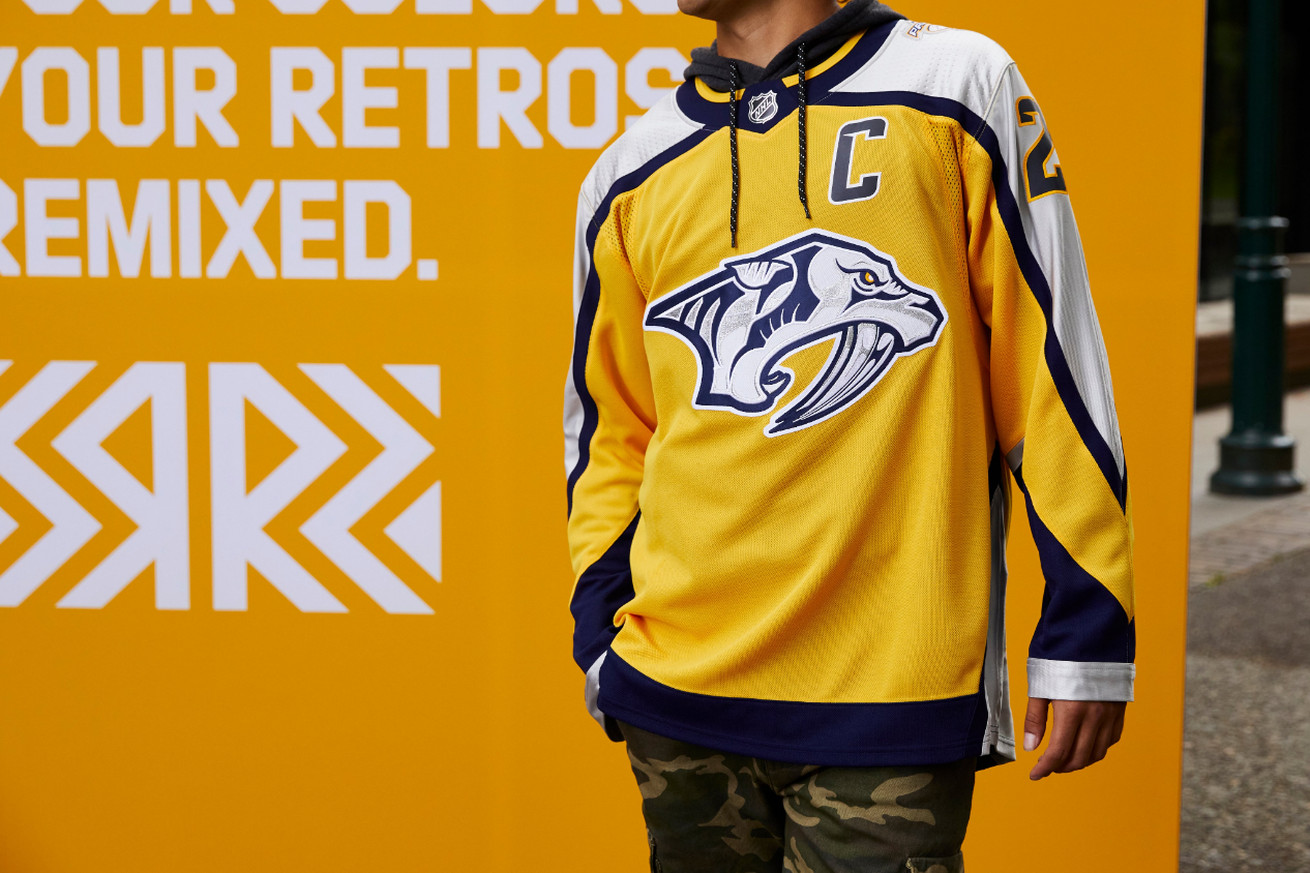 The great American poet Ladies Love Cool James once wrote “Don’t call it a comeback, I’ve been here for years.” It’s also a good way to describe the spirit of the Nashville Predators’ original jerseys.

On Monday, the NHL and Adidas dropped the Predators’ Reverse Retro uniforms, essentially a gold version of the team’s inaugural 1998-99 look.

There are a couple of spot-on features from the past. The trademark silver trim along the arms and hips make a return, as does the sabre-tooth tiger skull on the shoulders (although if you REALLY want to be technical, those weren’t added to the primary home and away jerseys until 2005). From the pictures and videos we’ve seen, it appears the original letter and number fonts are back as well.

The crest is a little bit of a change from the O.G., which featured a few more accent tones of red, yellow, and gold in the actual logo. The updated version is primarily navy and silver all the way through, with a hint of gold in the tiger eye. You can see the comparisons in the two pics below.

The NHL only dropped the Reverse Retro sweaters, so we still don’t have an idea of what the rest of the uniform layout will look like (helmets, pant/sock colors, etc.). One would have to assume it might feature a bit more navy, not unlike the team’s look while wearing the old “mustard” third jerseys.