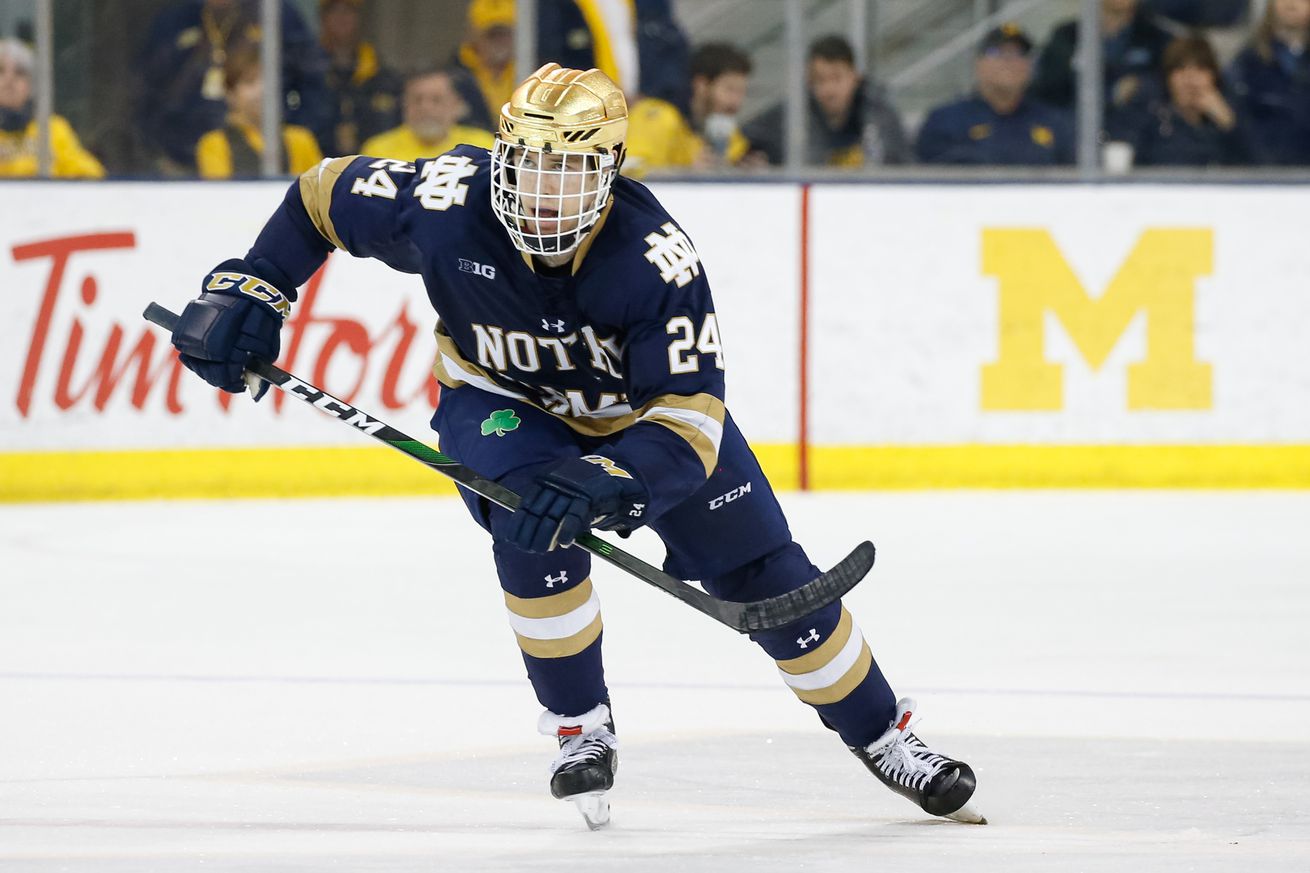 There’s hockey going on elsewhere in the world, including some that the Preds’ prospects are playing.

As we’ve hit November, Nashville’s European prospects have been playing out a semi-usual season overseas. But starting this week, with the return of college hockey, two more in the pipeline will return to play: Spencer Stastney and Chase McLane.

The AHL, ECHL, and CHL pictures are a bit clearer now — especially with regards to the Everblades, but most of the organization’s prospects are still sidelined. There is, however, still much to recap in the pipeline from last month.

1… Semyon Chistyakov has continued his impressive DY+2 season in the KHL, suiting up in 22 games for Omsk — second best among all U20 KHL defenders. He’s bounced between second-pairing ice time and playing as the seventh defender but has fared well against professional competition.

In the four games of his I’ve tracked, Chistyakov has come away with a 53.62% Corsi rating at five-on-five and has only allowed an organization-best 4.348 high-danger shot attempts against per 60 minutes of even-strength play.

Chistyakov — in preparation for the 2021 World Junior Championship (WJC) — recently suited up for Team Russia at the Karjala Cup, recording the third most minutes among the team’s defenders.

2… After going radio silent once announcing a planned season start for November 13, the Big Ten Hockey conference finally unveiled the first half of their 2020-21 schedule.

Temporarily welcoming Arizona State to conference play, the Big Ten kicks off November 13 with Spencer Stastney and Notre Dame taking on Wisconsin. The Fighting Irish will also play series against Michigan, the Sun Devils, Ohio State, and Michigan State in the first half.

Chase McLane and Penn State begin their season on November 19 and will play Minnesota, Wisconsin, Michigan, and Arizona State before the holiday break.

3… 2020 fourth-round pick Adam Wilsby has been a steady riser in my book since my post-draft scouting. He’s recorded just one point in 12 games for Skellefteå and was sidelined for a couple games (I could not confirm whether it was COVID-19 related or not), but his defensive play has been impressive in my viewings.

In four games tracked, Wilsby is exiting the defensive zone with control 66.67% of the time. Meanwhile — as you can see in the clip above — he’s using his excellent skating ability to close gaps quickly, turn the puck up the ice, and limit opponents to just a 35.29% success rate when entering the attacking zone.

4… Earlier in October, Nashville loaned forward Egor Afanasyev to CSKA Moscow of the KHL. With a stacked forward corps, the 2019 second-round pick was sent to Krasnaya Armiya — CSKA’s junior affiliate.

Afanasyev notches his own on the power play. 6-2 @russiahockey.#KarjalaCup #Preds pic.twitter.com/EjzuFde2l7

Afanasyev started just two MHL games before gearing up for the Karjala Cup where he was featured on Russia’s top power play unit and finished the three-game tournament with two goals and two assists.

5… Like a handful of teams and leagues in Europe, Finland’s TPS has had to deal with COVID-19 related difficulties, including some matches being postponed. On the ice, the team has struggled too, going just 3-4-4 in 11 games this season.

Despite that, Juuso Pärssinen has solidified his spot as the team’s second line center and is fourth in team scoring with seven points in 11 games. The 2019 seventh-round pick has increased his shooting rate to 8.58 shot attempts per 60 minutes of even-strength play, remains a solid transition player (including a 70.59% zone exit success rate), and is tied for third league-wide among U21 forwards in scoring.

6… Suffering their second setback of the season, Jokerit finished another COVID-induced quarantine shortly before the international break for the Karjala Cup. Despite playing last Tuesday, the Finnish club had a lengthy “injured” list, including top prospect Eeli Tolvanen. It was Jokerit’s first game in 20 days.

Among U22 KHL forwards who have played 10+ games this season, Tolvanen sits fourth in points per game (0.57) but still seems to be somewhat snake-bit, recording a shooting rate of just 5.71% in all situations.

7… 2020 first-round pick Iaroslav Askarov returned to action from an unreported injury or illness, starting a 20-save loss at the end of October for SKA of the KHL. Through four KHL starts, Askarov has a 0.960 save percentage and has saved 4.20 goals above average.

Last week, Askarov started all three Karjala Cup games for Team Russia and finished the tournament with a perfect record, one shutout, and a 0.962 save percentage.

8… Last week, Swedish club Björklöven announced they were signing goaltender Connor Ingram to a contract for the 2020-21 season due to injury to starting goalie Kevin Poulin. The following day, Nashville confirmed the loan and that the organization can recall him from the HockeyAllsvenskan club whenever the AHL or NHL seasons start.

9… The Hockey East conference and NCHC also recently announced their return-to-play plans, affecting the remainder of (except two) Nashville’s collegiate prospects. Grant Mismash and North Dakota will be playing in an NCHC pod in Omaha starting December 2 until the new year.

Although specific dates aren’t available yet, Hockey East announced it will be returning to play on November 20. In a season that’s conference-only play, Nashville prospects at UMass, Boston, UConn, New Hampshire, and Northeastern will see plenty of each other.

All statistics are courtesy of eliteprospects.com and my own manual data tracking.