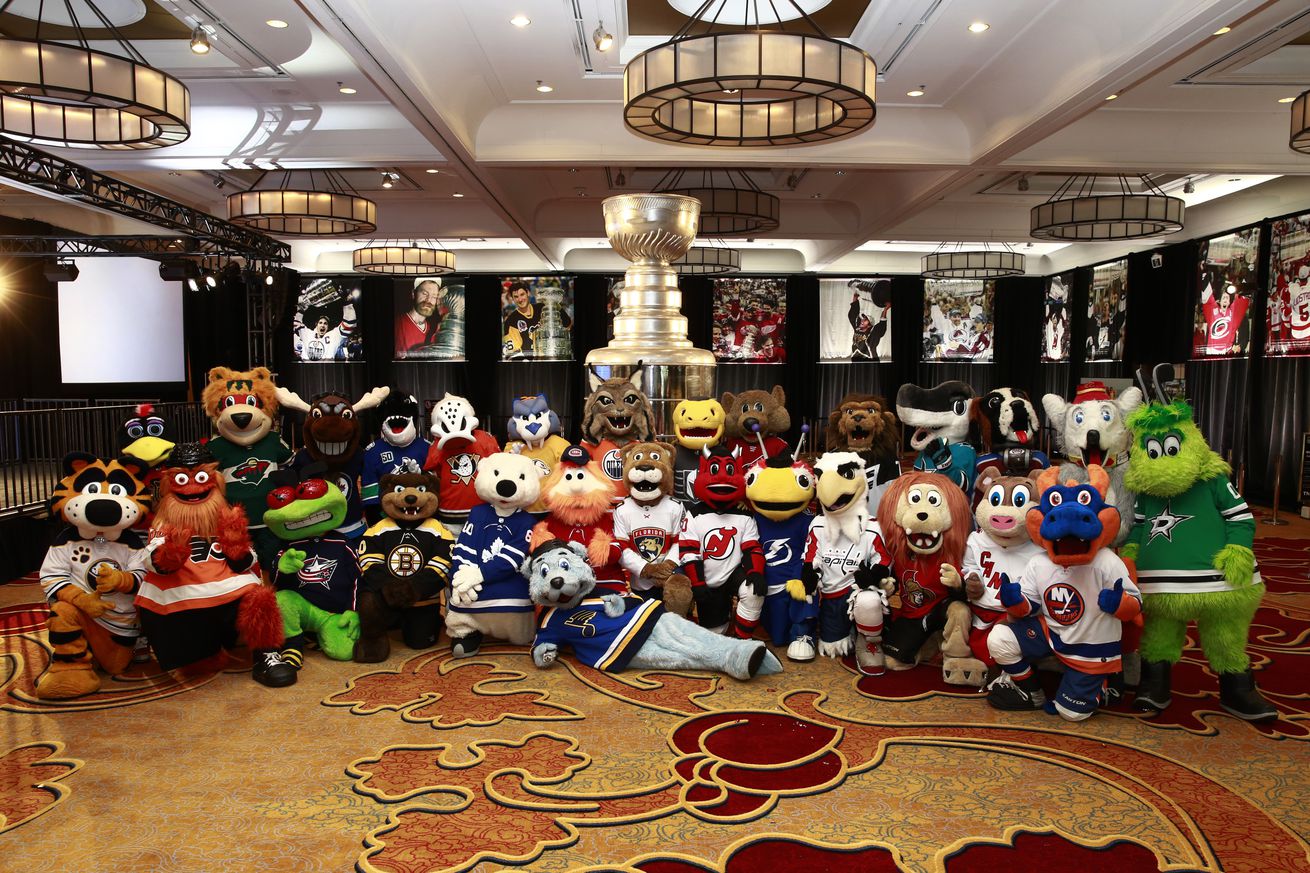 NHL, NHLPA Release Official Return-To-Play Plan, Ratify CBA Extension | On the Forecheck
A quick overview of the CBA and RTP plan. Bryan and I will have more for you on the details on Monday, but we’ve got the basics here.

NHL’s dates for return to play, compressed off-season paint chaotic picture | Sportsnet.ca
A lot is up in the air right now, but here’s the very tentative schedule–I know at least one of you was wondering about that. “Chaotic” is a mild word for it; we’ve got the Stanley Cup Final potentially going into October, after a postseason full of reseeding instead of standard bracket-based play, and then training camps opening a month after Free Agent Frenzy with a regular season starting two weeks after that? It’s jam-packed.

Gold Drafting | HockeyViz.com
This delightful piece by Micah Blake McCurdy explains why there is a much better option than waiting for lottery balls to drop. Come for the logical, reasonable, helpful solution to an ongoing problem in the NHL; stay for the [redacted] fan explaining, in a bleakly amusing way, that sometimes your preferred hockey team is bad and you wish to have some glimmer of hope.

NHL’s choice of hub sites in Toronto, Edmonton just makes sense | Sportsnet.ca
And hey, if they keep the local media out of the bubbles in Toronto and Edmonton, maybe the players won’t mind!

Flames’ Travis Hamonic opts out of NHL’s return, citing family reasons | Sportsnet.ca
Best wishes to Hamonic and his daughter. I hope nobody gives him a hard time over his decision.

Pavel Datsyuk stays in KHL, no NHL return | ProHockeyTalk | NBC Sports
I’m not saying a 42-year-old player can’t ever make an impact in the NHL, but I will say that everyone who’s lamenting not getting to see Datsyuk again is probably, well… There’s no way he’s what he used to be. Maybe it’s for the best that the people who loved watching him play can dream regretfully of what might have been, instead of seeing what is. Or maybe not.

Dynamo St. Petersburg shut down, won’t play in 2020-21 ZhHL season | The Ice Garden
Dynamo didn’t have a great season, but the club shutting down their women’s team due to funding issues–while keeping the men’s adult and men’s junior teams going–might not be a great sign for the ZhHL in general.

NHL salary cap stays flat in 2020-21 season | ProHockeyTalk | NBC Sports
As the folks at ProHockeyTalk point out, this is a rough situation for free agents as well as for team management. Players who were hoping to prove themselves on a bridge deal might now have to take less than they might–or might not–have been able to get if they’d held out for a longer deal in the first place.

I love rivalries-to-friendships narratives, and I’m with him–this would be way more fun to watch on NBCSN on Wednesday nights than whatever nonsense they’re hoping will drum up ratings.

Wild hire ex-Canucks amateur scouting director Judd Brackett | Sportsnet.ca
You can tell the Wild have a new GM because Brackett has no connection whatsoever to either the Nashville Predators or the Milwaukee Admirals.

Video: Best NHL goals of 2019-20 season | ProHockeyTalk | NBC Sports
I don’t even like forwards doing forward things much (one of the best things for me about Filip Forsberg is how he sometimes decides to play like a defender), but Alexander Ovechkin is just an absolute privilege to watch score goals.

Using Steady to identify shooting trends in the NWHL | The Ice Garden
I do not, in any way, wish to disparage the fantastic work Mike Murphy is doing with data analysis in the NWHL–there’s appallingly little data available (even less than there used to be), and it’s work being done for a smaller audience. At the same time, I have to point out: there’s a chart in here that has the 2019-20 Pride as “Good” and the 2019-20 Whale as “Bad” and [reply guy voice] you needed a chart for that?

Seriously, though, this is a great article on doing a lot with a little.