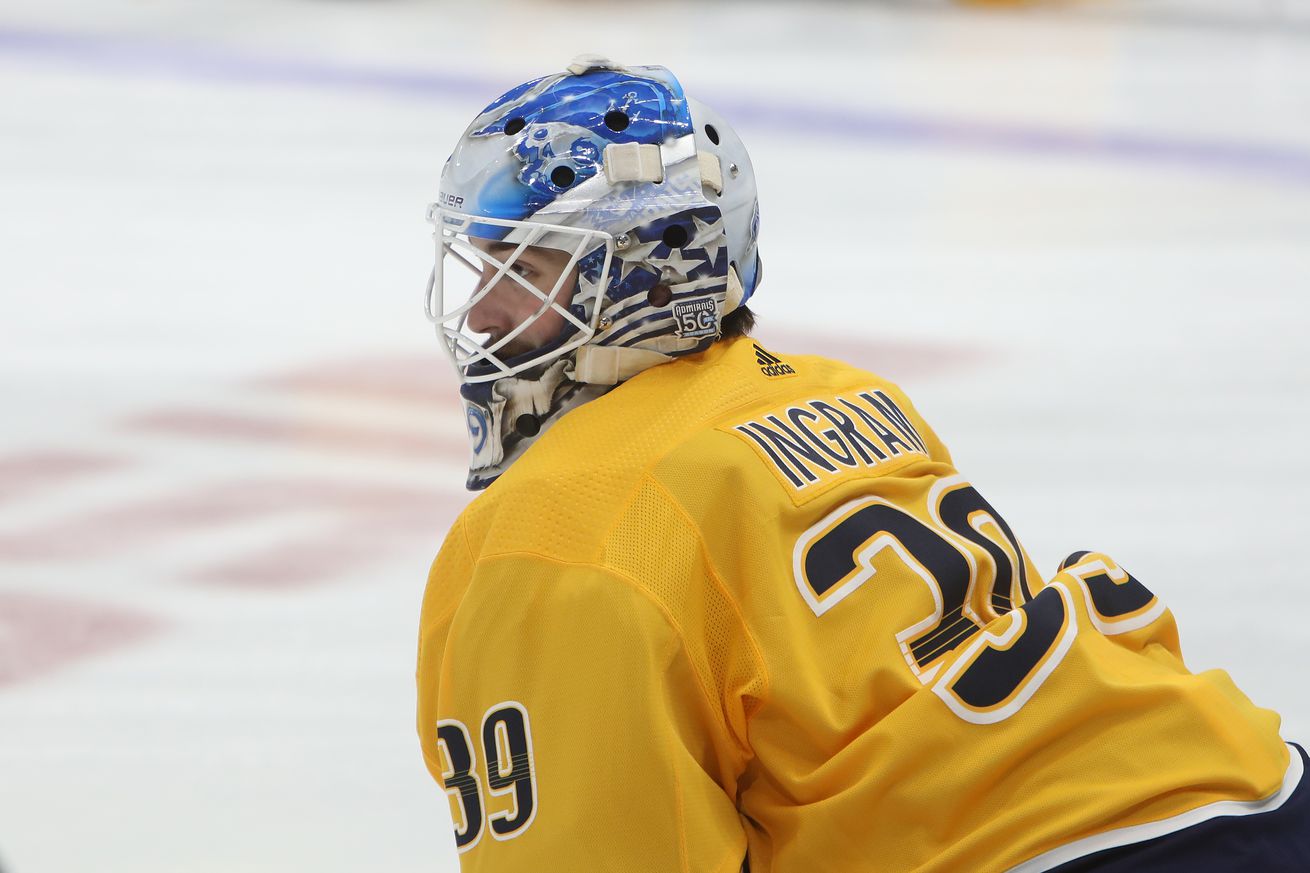 Rinne, Preds Foundation Continuing Hockey Fights Cancer Efforts | Nashville Predators.com
Pekka Rinne (and several other teammates) may have been, um, busy this offseason, but the Nashville netminder isn’t too busy to continue his work with the 365 Pediatric Cancer Fund – a charity organization he and former Pred Shea Weber created in 2012.

You can read more about the organization and help Rinne raise funds during Hockey Fights Cancer month here, and make sure you donate as well!

Predators Loan Connor Ingram to Bjorkloven of Swedish Second League
Nashville’s backup goaltender of the (near) future is headed to Sweden’s HockeyAllsvenskan, the country’s second-level professional league. Ingram was an absolute steal for the Predators last off-season, acquiring him from Tampa Bay for a seventh-round pick, and Ingram quickly grew to be one of the best goaltenders in the AHL for Nashville affiliate Milwaukee Admirals. Ingram will be playing overseas under this contract loan, but will be free to join the Predators again once camp starts.

Rewind: Monique Lamoureux’s dominance at the 2012 Worlds – The Ice Garden
The Lamoureux line was on pace to make history right up until it wasn’t – take a look back at the dominant performance by Monique Lamoureux at the 2012 IIHF World Championships, years before her now-famous gold medal-winning play just a few years ago.

If you can see it, you can be it: the story behind a petition to Mattel for a USA Hockey Barbie – The Ice Garden
Emma Hughes is 15 years old and not only did she start a petition to create a US hockey Barbie as a counterpart to the Canadian version, but she guest wrote this story for the fine folks at The Ice Garden. This is really fantastic stuff – make sure you give this a read and sign her petition too!

Strome agrees to two-year, $9 million contract with Rangers | NHL.com
Strome’s $4.5 million, 2-year deal is a pretty good deal for the forward who is coming off career highs in points and assists last year. Ryan Strome is the fourth Ranger who filed for arbitration but signed a contract prior to the hearing this off-season

Weegar signs three-year contract with Panthers | NHL.com
MacKenzie Weegar is a strong defensive defenseman that had a 7 goal, 11 assist season with the Panthers last year. This is a pretty nice signing for the restricted free agent, and Florida will likely have him as a cornerstone of their defense going forward.

Penguins announce Patrik Allvin promoted to role of Assistant General Manager – PensBurgh
Allvin takes over as AGM for the Penguins, but also of note is Sam Ventura takes over as director of hockey operations and research. The nerds are taking over, y’all.

Man Down: Analyzing the Carolina Hurricanes’ 2019-20 Penalty Kill – Canes Country
The Hurricanes had one of the best PK units in the league last season, and Ryan Henkel of Canes Country did a great job breaking it down.

How Much Potential Can Jack Han Unlock? – Asking For Directions
Y’all know that I include Jack Han a lot in my D&C’s – in fact there are three of his articles below. This profile on him is excellent – he’s done so much: worked for three years with the Maple Leafs, published three ebooks and appeared on a Chinese dating show that had FIFTY million people watching. Woah.

It’s All in the Ankles | The Hockey Tactics Newsletter
Another of Jack Han’s fantastic articles on hockey tactics – this time on body mechanics and how small factors in skating can affect skating, using examples like Mat Barzal, and the unfortunate injury affecting Erik Karlsson

Werenski’s OZ Funnel – The Hockey Tactics Newsletter
This is a great look at how Columbus defenseman Zach Werenski works in transition and effortlessly moves from defensive puck recovery to attacking on offense using a “funnel” strategy. This tactic is what makes mobile, puck-moving defensemen extremely effective, and Nashville has a couple of those.

PK Structures: Diamonds Aren’t Forever? – The Hockey Tactics Newsletter
The third of Jack Han’s great newsletter on hockey tactics (by the way, have you subscribed yet? It’s free!). Ever wonder why some PK units are plain ineffective and others seem to score shorthanded all the time. Here’s a breakdown of several PK structures and how they are most effective.

There were a lot of candidates, but I’m going to throw out the countless political ones (we’re all so tired right now) and instead show this one.

No particular reason. Just listen and appreciate an absolute classic from a master.