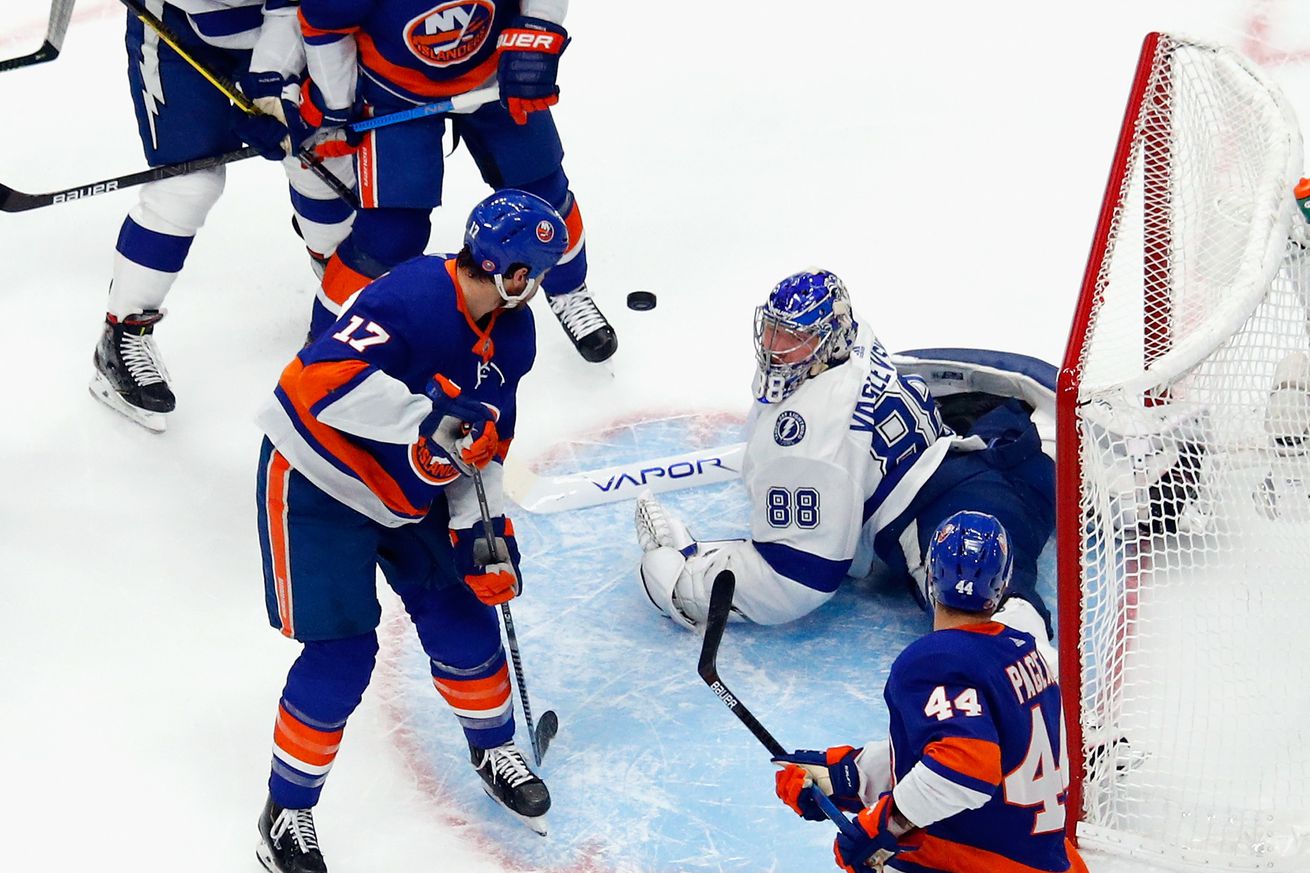 The Eastern Conference Final starts to level out, and more.

Eastern Conference Finals Stats Recap: September 11, 2020 | On the Forecheck
The Islanders get one back.

NHL Scores: Islanders get win they absolutely needed | ProHockeyTalk | NBC Sports
One day the Tampa Bay Lightning will have a healthy roster, and on that day we might all spontaneously combust.

Lehner, Khudobin making Golden Knights, Stars think about roster construction | Sportsnet.ca
I don’t want to say that offering a lot of money and term to a goalie is guaranteed to be a bad plan, but I will say that it seems…risky.

Kaleigh Fratkin finding ways to better her game | The Ice Garden
The defender talks about how offseasons and new seasons allow her to change her focus.

Wild acquire Nick Bjugstad from Penguins for 2021 conditional pick | Sportsnet.ca
The article is not clear about whether the conditional pick just moves around depending on reasons or whether it might actually disappear entirely. This is not a situation I would ever want to be in.

Toffoli’s desire to stay creates another cap headache for Canucks | Sportsnet.ca
The first graf of this article is “During years of losing, the Vancouver Canucks had the challenge of getting good players to come. Now, they can’t get them to leave.”, which saves me the effort of composing the joke I was going to when I first saw the headline.

The Canucks might be too good for their own good right now.