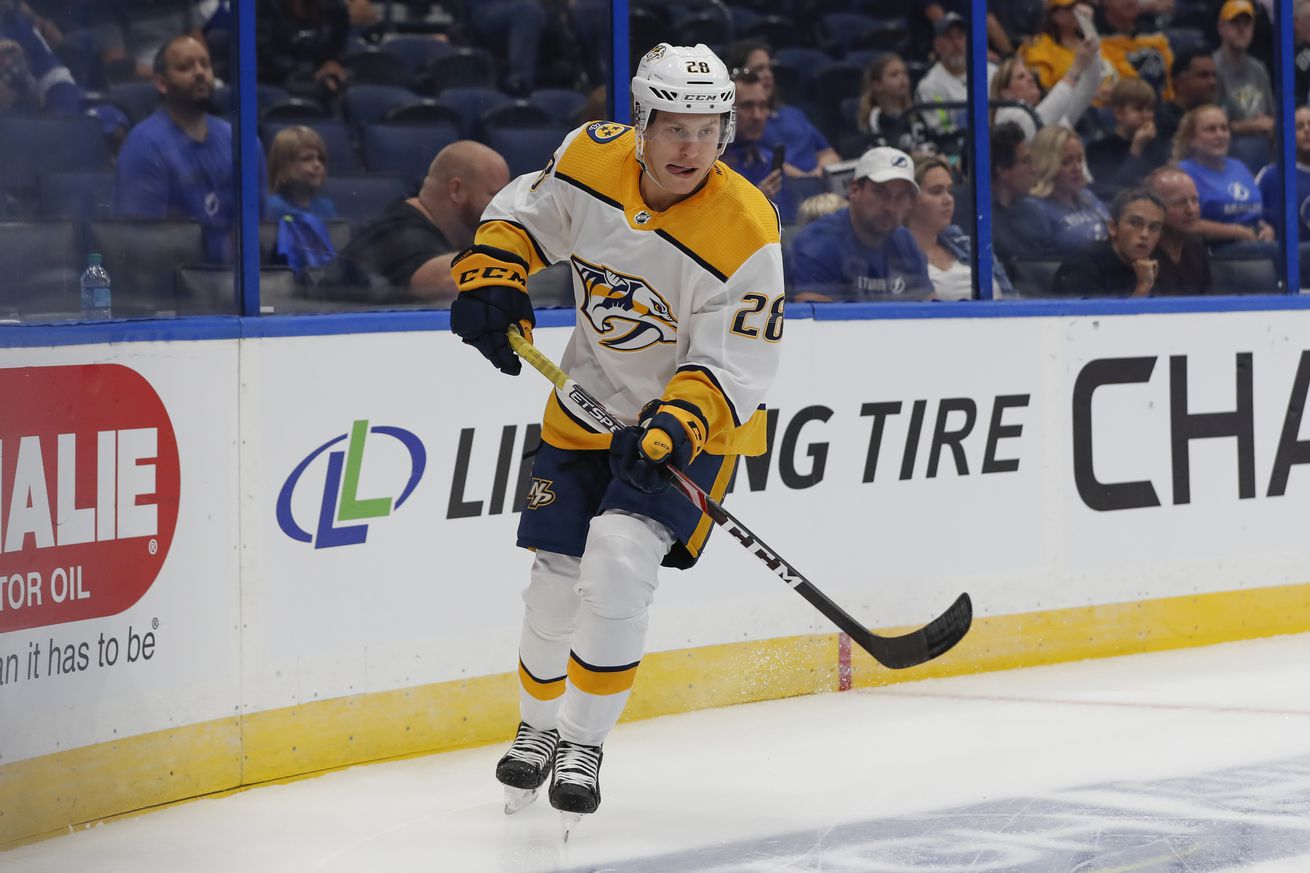 After the free agent exodus, several prospects playing in the KHL give us a look at the future

On The Forecheck Podcast Episode 7: Free Agent Aftermath, Poile’s Plan and Halloween – On the Forecheck
Check out Episode 7 of the @ForecheckPod. A full discussion of the free agents coming and going out, Poile’s press conference and what Nashville could do next. Listen above and subscribe!

Fun Friday: The Jalen Ramsey Odyssey (NHL18) – On the Forecheck
I don’t want to say too much about this and give anything away, but do yourself a favor and read it. You’ll enjoy it

Breakdown: Nashville Predators’ 2020 Draft Class, Part II – On the Forecheck
Eric’s draft and prospect review continues with a deeper look at the top of the draft. The reviews are somewhat… mixed.

2019-20 Nashville Predators Player Report Cards: Ryan Johansen – On the Forecheck
Sarah took a look at a seemingly pedestrian season by the top-line center in her end of season report card.

Thornton signs one-year, $700,000 contract with Maple Leafs | NHL.com
It’s weird to see, and I can’t see him doing too much in the Leafs bottom 6, but hey, why not?

Fleury expects to be Golden Knights backup goalie behind Lehner: report | NHL.com
Marc-Andre Fleury will play for Vegas next season, despite being relegated to the backup role.

Most improved team in offseason debated
Marc-Andre Fleury said he understands he likely will be the backup goalie behind Robin Lehner this season but is happy to remain with the Vegas Golden Knights, according to a report.

Byfield signs entry-level contract with Kings | NHL.com
What an awesome thing to see for the number two overall pick. I’m excited to watch him play.

NHL Free Agent Tracker | NHL.com
This is a handy tool – take a look, even if Nashville fans are probably only window shopping.

Patrick accepts one-year, $874,125 qualifying offer from Flyers | NHL.com
It’s too bad a young player like Patrick ends his ELC with a qualifying offer, and I hope he bounces back next season. Migraines are awful.

It’s usually something cool or funny I post here, but instead I want to highlight something that’s very much the opposite of those two things. I really hope the NHL fixes this issue soon and says something about it.

Video of the Day

I’m forgoing a music video this time around, and instead want to remind everyone of a genuinely nice moment from the NHL Draft that deserves to be seen again.