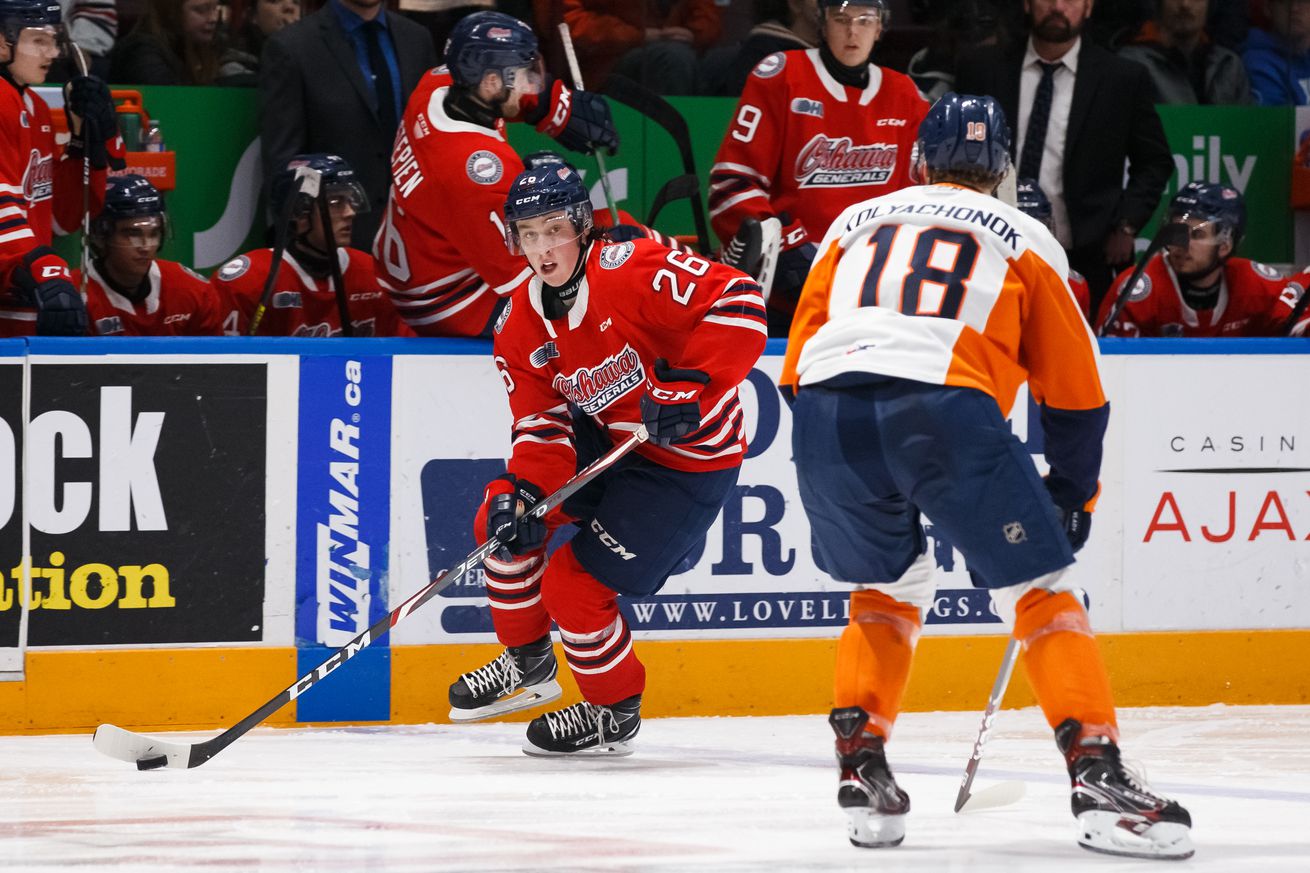 What can the 100-point OHL scorer bring to Nashville next season?

Yesterday, Bryan broke the news that multiple sources have confirmed Nashville has had plans to buy out Kyle Turris this summer and fill that role on the 2020-21 opening night roster with prospect Philip Tomasino. If you haven’t read Bryan’s reporting, do so now.

With that in mind, I’ve bumped my season review of Tomasino up to give you a glimpse of who you may see in Nashville next season.

After a 72-point draft-eligible season for the Niagara IceDogs, Tomasino continued his torrid pace as one of the OHL’s best scorers in 2019-20. The 2019 first-round pick totaled 40 goals and 100 points in 62 games for the IceDogs and Oshawa Generals, good for fourth in scoring in the entire OHL.

Tomasino isn’t as much of a shooter as Eeli Tolvanen or Anthony Richard, but he did spend a considerable amount more time on special teams this season. Regardless, his 13.2 Corsi attempts/60 and 4.3 high-danger Corsi attempts/60 are notable.

Finally, Tomasino helped his teams regularly control the puck against opponent’s top lines (or checking units) with a 54.57% Corsi rate achieved by his unit attempting nearly one shot per minute at even strength (56.93 CF/60).

It’s clear Tomasino has the skill and pedigree to drive a line at the next level, where his skating prowess will allow these possession numbers to translate well.

The strengths of Tomasino’s game are clearly defined: creative puck skills he can pull off with great pace, excellent transition ability, and high-end finishing talent. It’s a combination of talent that Nashville has rarely had in a center before. From my viewings, the one major key to Tomasino’s potential success is how fast he operates with his head up ice.

Take this clip above. Some of the defense is questionable, certainly, but I love how Tomasino’s (#26) speed opens up the neutral zone play. As he loops back toward his teammate, Kingston anticipates he’ll carry the puck in transition. But then he quickly opens up on the wing, ready to receive a pass while spacing out the defense. From there, he’s able to cut to the net—head up—with ease, resulting in a decent scoring chance.

In this play, Tomasino’s puck skills are even more impressive. He’s in great puck-support position to dig the puck off the wall and escapes through all three zones with great pace. Some things to notice: head up, consistent puck-handling, excellent recovery to avoid a giveaway.

Even when he isn’t moving at top speed, Tomasino’s puck skills can captivate defenders, drawing them towards him, and create tons of open space for his teammates, as shown by his shot assist above.

When Tomasino doesn’t have the entry angle to cut directly to the net or reach the slot around a defender, his foot speed does the trick. In the clip above, he relies on fluid crossover steps with complete leg extensions to power around the defender. The beautiful backhand goal comes solely from his high-end finishing skill.

On this shorthanded goal above, Tomasino plays the penalty kill with a zone-based defense before poking a puck free near his own blue line—again, with his head up ice the entire time. From the moment of his takeaway, it takes him a little more than four seconds to burst into the slot, free of a defender, and bury this goal.

On the power play, Tomasino could be a useful weapon as a shooter or in the bumper spot (in the slot or on the goal line, e.g. T.J. Oshie). In this clip, I love his subtle skill to recover a loose puck and return it to the point, and his ability to shoot from any position helps freeze defenders and open up the slot for his two teammates to bury an easy goal.

Tomasino’s pace also helps in puck support, too. I think he’s excellent at maintaining good puck support position in all three zones and explosive enough to beat opponents to pucks without being on top of the play. He’s nearly always in the right position to turn a rush up ice like in the clip above and often succeeds, pending good breakout passes from his teammates (unlike in the clip above).

On defense, Tomasino has all the tools to be an impact player. One thing I’d like to see more of, however, is consistency. Too often I saw him stuck just a step behind in recognizing an urgent defensive assignment, as seen in the clip above. He recognizes the pending odd-man rush as soon as the puck breaks into the zone, but doesn’t break into a good accelerating step, allowing Kingston a high-danger scoring chance.

In many other instances though, he’s relentless. In this clip, he knows the Kingston player is using excellent body positioning to protect the puck, but his foot speed and active stick mitigate any scoring chance.

I see nothing to suggest Tomasino cannot produce at the NHL level right now. There will certainly be some growing pains, but consistent ice time with talented linemates will be key to his success moving forward.

At this rate, it would be shocking if Tomasino ends up in Oshawa for the 2020-21 season. That’s certainly not what Generals fans want to hear as they pursue a Memorial Cup, but Nashville will need to be creative with their cap space this offseason and an entry-level contract in the lineup will certainly help.

If Tomasino does not make the opening night roster, his contract will slide another season to begin in 2021-22 (provided he does not dress for more than nine NHL games all season).

All statistics are courtesy of eliteprospects.com, pick224.com, or manually tracked by myself.