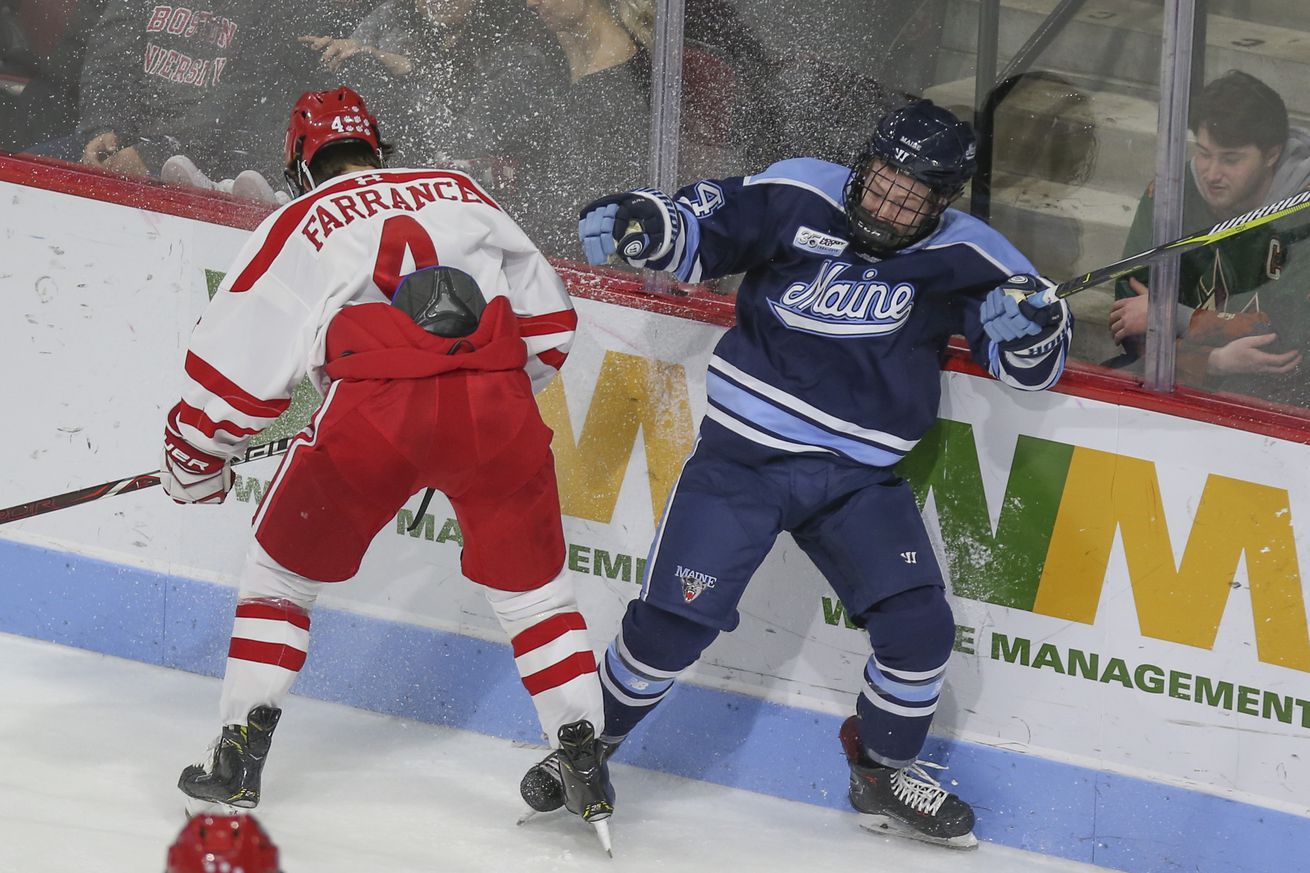 Nashville’s next class of defenders is equipped with unique potential.

As the 2020 NHL Entry Draft creeps upon us and some European prospects are beginning their 2020-21 seasons, I’ll be combining the remaining season review pieces into position-based articles.

Below, I take a brief look at the 2019-20 campaigns for Nashville’s defensive prospects outside of Milwaukee and Florida and what’s next for them in the upcoming season.

Chistyakov began his DY-1 year with a hot start for Tolpar Ufa of the Russian MHL, with 11 points in 16 games. A mid-season trade to Omskie came with some injury issues that sidelined him for all but 10 more games, where he scored at near a point-per-game rate.

Via my manual tracking, Chistyakov’s advanced metrics were exceptional. In 13 games, he exited the defensive zone with possession 61.11% of the time, helping Omskie drive play and resulting in a 56.5% Corsi rate. Chistyakov also allowed just 3.563 high-danger attempts against per 60 minutes of play—one of the lowest marks in the pipeline.

Chistyakov is a smaller player at 5’9” but plays a physical game. He’s notorious for stepping up into a gap to lay a hit on an opponent and efficiently separate them from the puck. His transition numbers demonstrate good possession skills, and he sees the play unfolding well in the offensive zone despite the lack of earth-shattering numbers.

The Russian defender has graduated to Omsk in the KHL this season. It will be a tall task for the 19-year old, but sheltered minutes on the third pair or as an extra skater will help the adjustment.

Marc Del Gaizo was a fourth-round pick in 2019 after a stellar freshman season alongside Cale Makar. His sophomore season at UMass was riddled with injury, limiting him to just 22 games. But Del Gaizo found purpose in this difficult year, coming back a more refined, balanced defender.

In 10 games tracked, Del Gaizo posted a 55.39% Corsi rate—best among his organizational peers in the NCAA—and allowed just 3.613 high-danger attempts against per 60 minutes.

Del Gaizo is a quick-moving defender who plays at pace with his head up ice. He can move the puck through all three zones but could use better decision-making when setting up scoring chances. His defensive ability has come along as this year he displayed better zone exit skill from shutting down opponents’ chances.

Del Gaizo will return to UMass for his junior season once the Hockey East campaign restarts. The season schedule is undetermined, but don’t plan on it starting before winter.

The college hockey world took notice of David Farrance last season. The Boston Terrier, primed for a breakout year, exploded to lead all defenders with 43 points in 34 games from the blue line. He was an essential piece for BU, playing in all situations and recording heavy minutes against teams’ top players.

Farrance has become an elite puck-mover at the collegiate level who is able to drive play for his team from their own end or spring forwards with a stretch pass from deep in his zone. In 10 games last season, Farrance exited the zone with possession 70% of the time and recorded a 53.75% Corsi on a mediocre Terriers team.

Farrance relies on excellent shooting ability from the point, particularly his wrist shot, to create rebound opportunities and convert regularly on the power play. He’s a good skater who can play at an NHL pace but is still fine-tuning his defense and challenging skills when engaging opponents.

Farrance is returning to Boston for his senior season this year. I have little worry he will test free agency come next August, despite some people’s concerns.

The often-overlooked Spencer Stastney quietly had the same kind of sophomore season David Farrance had before his breakout year at Boston. In 36 games, Stastney recorded 20 points, which was best among all Notre Dame defenders. He also appeared on Team USA’s top pairing in five games at the 2020 World Junior Championship.

Stastney (I hope you’re sensing a theme) was excellent in transition play for the Fighting Irish last season. He exited the zone 58.89% of the time with puck possession while allowing opponents to carry in against him just 41.18% of the time. He also helped contribute to Notre Dame’s high pace of play, as they recorded 57.28 Corsi-for attempts per 60 minutes while he was on the ice.

When considering mechanics, Stastney is easily the best skater out of this crop of defenders. He is a disciplined decision maker with the puck, and I think his skating will be transferable to the NHL level so long as he learns to attack the play—on offense and defense—a bit quicker moving forward.

Stastney is returning to Notre Dame for his junior year. There is no definitive word on when the Big Ten hockey season will start.

After departing from the WHL in 2019, Yeryomenko carved out a role for himself as a 20-year old defender in the KHL last season. He played for the league’s worst team, so neither his counting stats nor his advanced metrics are pretty, but he was one of just a few defenders at his age level skating regular minutes in Russia’s top league.

As aforesaid, on a Minsk team that was dominated all season long, Yeryomenko held his own in a professional league despite only recording a 48.65% Corsi in ten games tracked. He also allowed 6.856 high-danger attempts against per 60 minutes but was okay at moving the puck out of danger with a 56.52% zone exit success rate.

Yeryomenko should fare better on a more well-rounded Minsk team this season, and I’m hoping to see his responsibilities grow as he develops better defensive awareness and the speed to play at the KHL level.

All statistics are courtesy of eliteprospects.com or manually tracked by myself. You can explore the charts of my manually-tracked data in their entirety here.