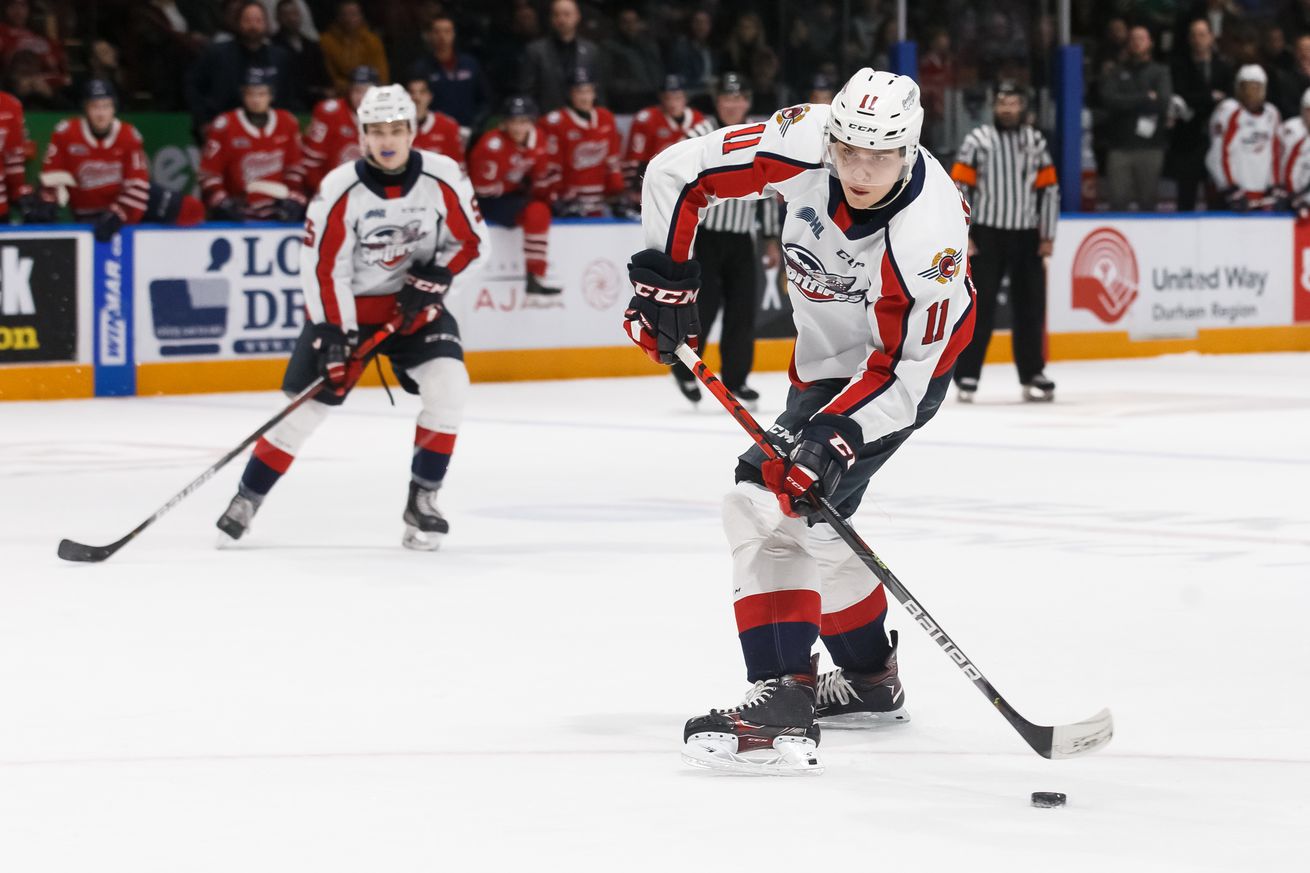 For once, Nashville’s prospect pool is deep with offensive talent.

It may not pop off the page at you, but for once – in what seems like a long time – Nashville’s prospect pool at forward is an exciting group of skilled scorers. Hype has continuously built around Philip Tomasino as we expect him to play full-time in Nashville next season, but don’t ignore the group of forwards behind him.

This pipeline isn’t full of household names, but coming out of the 2019-20 season, there are at least five prospects here I see as legitimate NHL talents. I think it’s clear the organization’s strength outside of Nashville is up front. Below, I’ll recap the season each had and note what’s ahead for them in 2020-21.

For a look back at some previous installments, see above.

It was no 100-point season like his OHL peer Tomasino had, but Afanasyev’s 67-point campaign to lead the Windsor Spitfires in scoring was an impressive one for the rookie winger. The Russian forward wasn’t overly-reliant on power play scoring, either, as he finished 12th among all OHL forwards in their DY+1 season with 0.5806 even-strength primary points per game.

Behind Eeli Tolvanen, Afanasyev may be one of the most active shooters in the organization. In 10 games tracked, he had an individual Corsi For (iCF) rate of 17.68 attempts per 60 minutes. He was successful in transition, too, gaining the offensive zone with possession over 64% of the time and finishing with a 54.96 Corsi rating.

Afanasyev’s size and shot could make any scout salivate over his potential. With enough space, he’s a handful to defend heading north to south and has above-average hands and puck control skills. Once he develops the mechanics of his skating a bit better, he’ll be a can’t-miss prospect in the OHL.

Caught behind Afanasyev and Philip Tomasino in the 2019 NHL Entry Draft class, Campbell had a great season in 2019-20 for the Omaha Lancers of the USHL. His 18 goals and 57 points in 46 games led the team in scoring, and he finished sixth among all USHL forwards with 0.6522 even-strength primary points per game.

Campbell combines excellent speed from a good skating stride with high-end offensive instinct to read plays a step ahead, capitalize on breakouts, and quickly get into high-danger areas with the puck. He’s heading to Clarkson University this season with Ethan Haider, where his 2020-21 season will be significantly delayed.

The four-year player at Boston University capped off his collegiate career with a fantastic senior season before earning an entry-level contract with the organization in March. After two years riddled with injury and illness, Harper returned for a 37-point campaign in 2019-20, placing him second behind David Farrance on the Terriers’ scoring list. His 0.7813 primary points per game were sixth among all NCAA forwards in their DY+4 season, but his 0.4688 even-strength points per game ranked just 16th.

Outside of Zach Magwood, Patrick Harper was the organization’s best forward in transition last season, exiting and entering the zone at a 85.0% and 73.47% success rate respectively. Harper also led his NCAA peers on this list in possession, finishing with a 56.96% Corsi in 10 games tracked.

Harper may experience some growing pains adjusting to the next level. He’ll need to rely more on his speed to be as effective of a transition player and avoid physical impositions. For his rookie season in Milwaukee, ice time alongside the likes of Tommy Novak and Cole Schneider could help unlock his lethal shooting skill.

The Czech center’s sophomore season at Connecticut was a bit of a disappointment. Kondelik regressed to just 23 points in 34 games, despite doubling his goal total (to eight) from his freshman year. Despite that, his 0.4118 even-strength points per game ranked sixth among NCAA forwards in their DY+2 season last year.

His 6’5” frame is tempting for coaches needing an all-situations-type player. Although his shooting talent improved last season, I noticed lingering inconsistency in the strengths of his game. Kondelik can control a college game when he’s playing his best, and he’ll need to nearly every night in 2020-21 to keep progressing.

In my estimation, Mismash joined Kondelik in having a disappointing 2019-20 at the NCAA level. In his junior season with the Fighting Hawks, Mismash managed just eight goals and 20 points in 35 games while playing on the country’s most lethal line. For comparison, Mismash’s linemates, Jordan Kawaguchi and Collin Adams, scored 45 and 28 points respectively.

Despite his substandard counting stats, Mismash maintained good underlying numbers last season. He put a good number of pucks toward the net (13.03 shot attempts per 60), and was valuable in chasing down pucks and maintaining possession (55.29% Corsi).

I’m not sold on his style of play as good enough for the NHL; he relies too much on playing the body without recovering possession and on a dump-and-chase style of play. But, much as it did for Patrick Harper, a breakout senior season could solidify an entry-level contract for the second-round pick.

Pärssinen was a player I targeted pre-draft last year for Nashville and think he could turn into an absolute steal from the seventh round. Last year he excelled at the junior level, scoring 21 points in 20 games, and translated that into a 12-point performance (in 31 games) for TPS at the Liiga level. His scoring rate of 0.39 points per game was good for third among DY+1 skaters in the Liiga who played more than 10 games last season.

Against professionals, albeit in fourth-line minutes, Pärssinen was a confident player who outdid his flawed skating skills to be an effective puck mover. His transition skills were at the level of Tomasino and Harper, exiting and entering the zone at a 74.19% and 65.0% success rate respectively.

Pärssinen is a cerebral player with good discipline in all three zones. He won’t wow you with elite speed and acceleration or dominate a shift on his own, but he’s an effective scorer who can out-muscle opponents, pick corners, and flash some creative skill every now and then. As he improves his skating mechanics, he’ll become an impact player for TPS this season.

I’ll be the first to admit that Walther was a big swing-and-miss for me last season. After diving into game tape post-draft, I was intrigued by his skill set despite his lanky frame and awkward stride. I anticipated a big season at the SuperElit level, but Walther managed just 16 points in 39 games for the worst Swedish junior team in 2019-20.

Walther’s 6’3” frame can make him a frighteningly imposing player as he barrels through the neutral zone with possession. He was effective in that regard last season but mostly relied on offensive zone entries (66.67% with control) to contribute to the 55.44 Corsi attempts he was on ice for, including his 15.43 individual attempts per 60 minutes.

Södertälje SK will be better this season (it will be difficult to be worse), and Walther will be guaranteed first-line minutes and a spot on the top power play unit. He has three points in his first two games, and I’m already seeing small improvements in his skating mechanics. In a consequential season for this raw talent, he’ll need to maintain this scoring pace all year long.

All statistics are courtesy of eliteprospects.com or manually tracked by myself. You can explore the charts of my manually-tracked data in their entirety here.