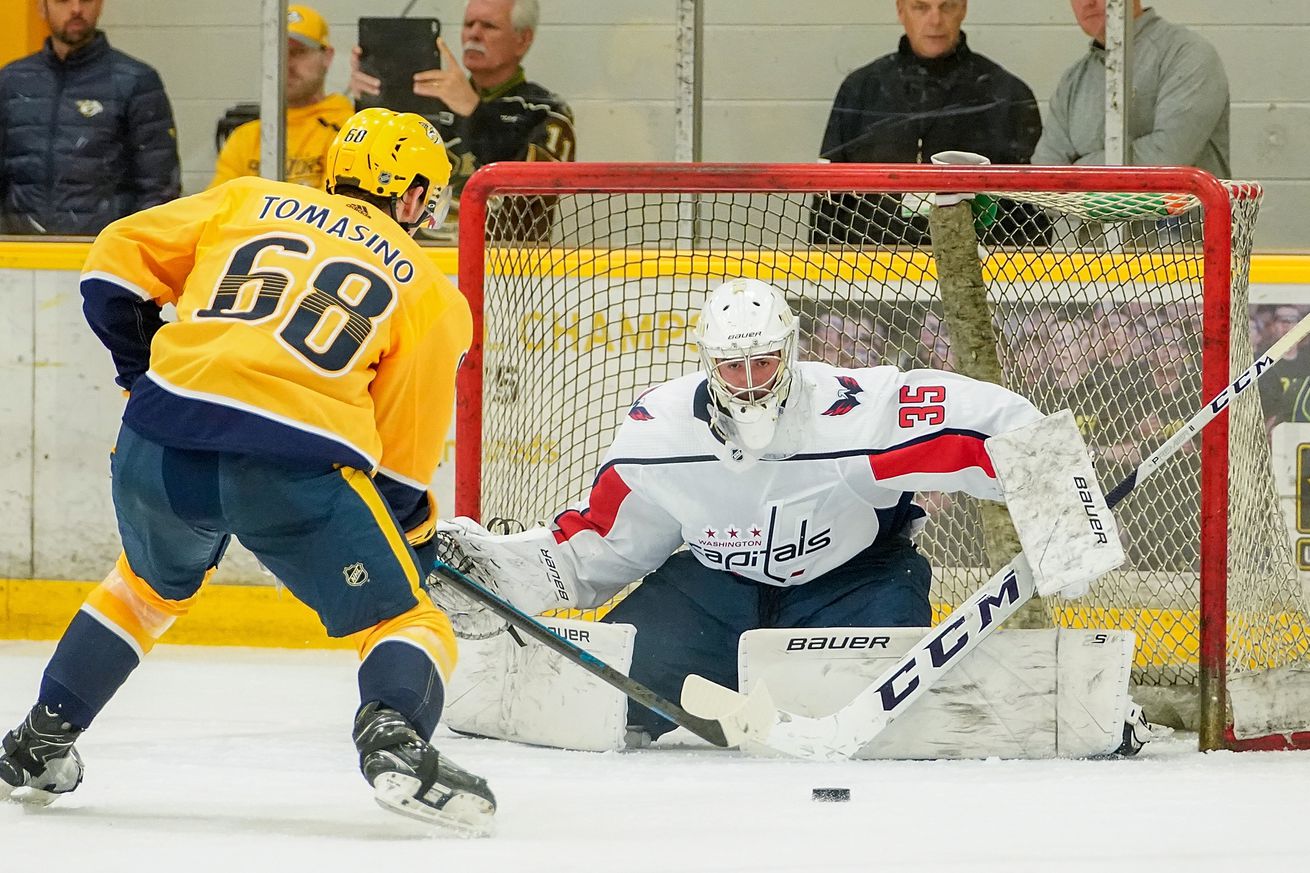 As early as last season’s development camp, the Predators have had plans for Kyle Turris to leave and be replaced by prospect Philip Tomasino of the Oshawa Generals.

The tenure of current Predators forward Kyle Turris has been eventful from day one. On November 5th, 2017, Nashville announced that they had acquired Turris from the Ottawa Senators, as part of a three-way trade that saw the Preds send a second round pick, and prospects Vladislav Kamenev and Samuel Girard to the Colorado Avalanche. When they announced the trade, they also announced a contract extension for Turris.

Nashville had long been in search of a second top-tier center behind Ryan Johansen, and as of that point in time, attempts to trade for Matt Duchene (then of the Avalanche) had proved fruitless. The six-year, $36-million extension given to Turris by GM David Poile seemed to cement Turris’s status as a future mainstay of the Predators’ top six group, alongside Craig Smith and Kevin Fiala.

Almost three years later, it seems all but certain that Turris played his last game in a Predators uniform in the Game 4 loss to the Arizona Coyotes in the Stanley Cup Qualifying round. The acquisition of center Matt Duchene just a year prior seemed to leave Turris in a limbo of sorts, with reports that he would be trying his hand playing wing in order to stay in a top-six role.

But as the season progressed, it seemed as if the organization was ready to move on. Turris spent weeks being inexplicably healthy-scratched by former head coach Peter Laviolette, and even once he was finally back in the lineup he saw limited usage. The arrival of new head coach John Hynes saw Turris’s ice time skyrocket, although he never got consistent linemates. In the final game of the regular season, Turris centered rookies Colin Blackwell and Yakov Trenin on the fourth line.

The rumors of Turris’s future, however, started in earnest with reports from several members of the media that the Predators had been attempting to shop Turris on the trade market, but could not find any takers due to the length and cost of his current contract. The rumors seemed to reappear every other month or so, but remained not much more than that—rumors.

According to a source in the Canadian Hockey League close to both the Oshawa Generals and members of the Nashville development staff, it is likely that the Predators have had Kyle Turris’s immediate future set in stone for over a year. Nashville’s 2019 first-round draft pick Philip Tomasino, according to the source, was “really close to making the team [Nashville] in development camp” and that a Nashville staffer they spoke to “couldn’t understand why Oshawa had given up so much to trade for Tomasino when there was little chance he’d be in the juniors next season.”

The trade, as you may recall, happened on the OHL trade deadline of January 9th, 2020, just two days following Peter Laviolette’s firing from the Nashville Predators. The Oshawa Generals sent a player and nine draft picks to the Niagara IceDogs in exchange for Tomasino, in what many assumed was a bid to host next season’s Memorial Cup with Tomasino as the centerpiece of the team.

A second source familiar with Nashville’s current staff and coach John Hynes confirmed many of these details. “Coach Hynes loves Tomasino,” they said. “[Tomasino] almost being kept by Nashville last season is the reason why Niagara traded him. The Predators wanted him to get a bit more physically strong and more detailed in the defensive zone. But the team fully expects to keep Tomasino next season.” This might come as a surprise to fans of the OHL’s Generals, and the second source agreed: “Niagara didn’t tell Oshawa that.”

The source in the OHL was also surprised at the revelation, but also revealed another reason that Nashville might be eager to bring the young rookie up full-time. They remarked that the Nashville staffer they’d spoken to revealed that “the Predators were planning to buy out Kyle Turris after this season, and use the cost of Tomasino’s entry-level contract to help balance the buyout.” This was initially revealed to me at the deadline when the head coaching situation was in flux, but both sources have recently confirmed that this still seems to be the plan regarding both Kyle Turris and Philip Tomasino.

I suspect that Nashville is still actively seeking trades involving Turris, including those that would involve Nashville retaining some of his salary, but most reports indicate that teams are also asking for a top-level prospect, most often Eeli Tolvanen, and Nashville may not want to part with key members of what looks to be the upcoming youth movement on the Nashville roster. The buyout option might be the only option remaining.

According to CapFriendly, Nashville could save $4 million over the next four seasons by buying out Turris, at the cost of retaining a $2 million cap hit until 2028. This reduced cost, alongside Tomasino’s entry-level contract of $925,000, puts Nashville in position to add $3 million in cap space with a player they believe is almost certainly NHL-ready after his 100-point season in the OHL.

Although both sources confirmed these reports from either side of the proposed plan, the uncertainty of the shortened (and then extended) 2019-20 NHL season and the coaching change may result in this plan not coming to fruition. However, with the newly-ratified collective bargaining agreement setting a flat salary cap for the next few seasons, it is tough to imagine Nashville not making cap space with a player they believe to be a top-6 talent in Tomasino. This also means that Nashville does not need to openly seek a top center in free agency or the trade market. Unfortunately, that means that we’ve likely seen the end of a tumultuous career in Nashville for Kyle Turris.