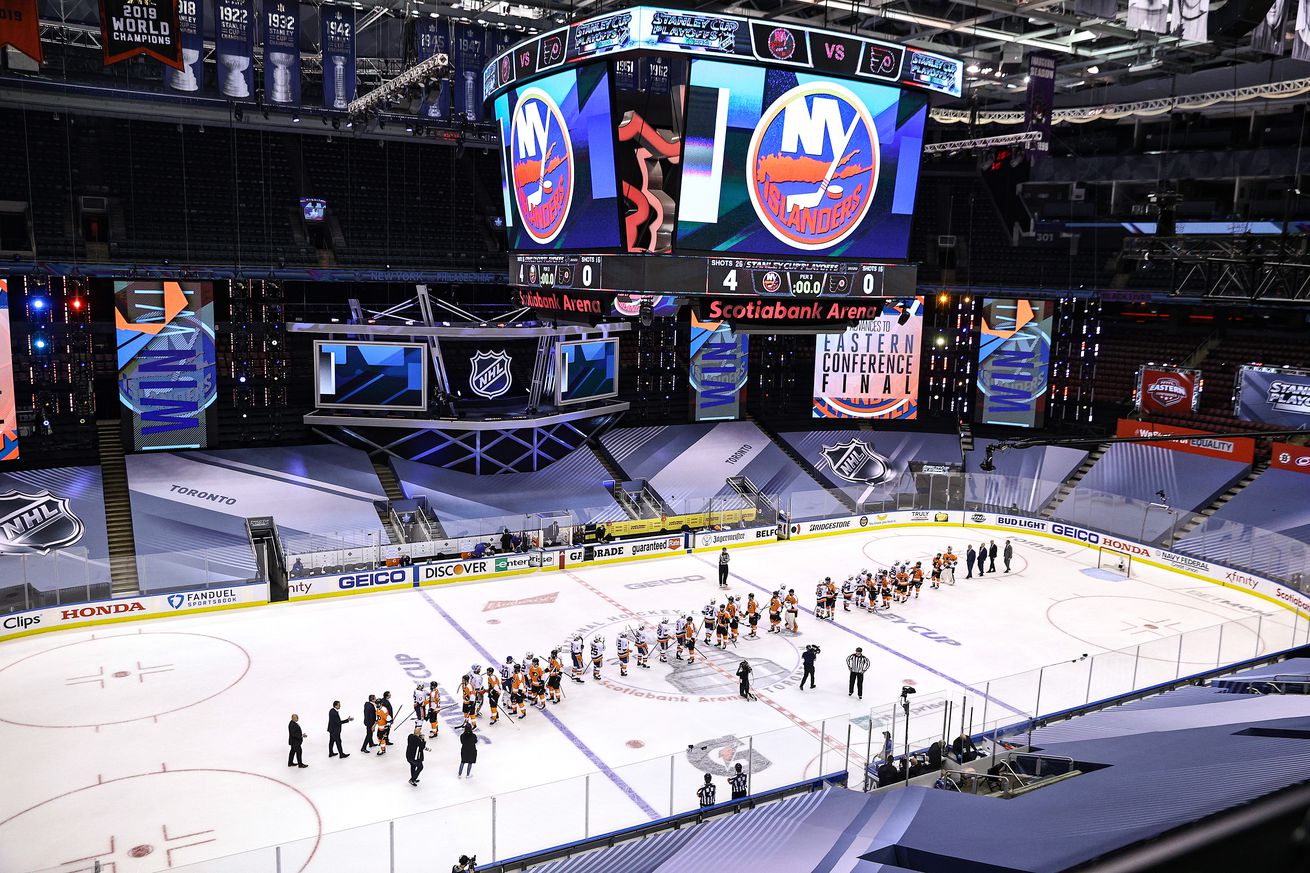 The Western Conference Final kicks off today, and so do the NHL awards announcements.

NHL Playoffs Stats Recap: September 4-5, 2020 | On the Forecheck
Bryan has the stats for the three games seven (game sevens?) and the concluded series.

2020 Western Conference Final Preview: Stars vs. Golden Knights | Sportsnet.ca
Tonight! Both of these teams are looking a little “spider-man pointing at spider-man.jpg” right now. Who’ve you got?

Heavy teams ready to battle for Stanley Cup | ProHockeyTalk | NBC Sports
It takes a lot of confidence to explain that, actually, the player who kept a team from elimination (Shea Theodore) isn’t why his team is still in the playoffs, because actually they’re still there because Grit from Other Players. Or something.

No resolution yet on family members being allowed into NHL bubble | Sportsnet.ca
I hadn’t realized how many families of Canadian NHLers playing in a US city don’t have a second home in Canada, or maybe just haven’t…gone to them? Either way, we might not–probably will not–get to see any babies in the Cup this year, at least not on the ice.

2020 Top 25 Under 25 | No. 1: Alina Müller | The Ice Garden
Honestly, every time Alina Müller gets mentioned–or takes the ice–I pretty much just turn into the starry-eyed emoji. She’s phenomenal.

Canadiens’ Max Domi switches agents, has not asked for trade from Montreal | Sportsnet.ca
I mean, it could be worse; he could have switched to the same agent Marc-Andre Fleury has. That really would have put the cat among the pigeons.

What if I don’t want Matt Murray, though? | Pension Plan Puppets
The goalie market is going to be interesting this offseason. KatyaKnappe takes a look at Matt Murray’s stats and contract status.

Broadcaster Pierre McGuire interviewed for Coyotes GM position | Sportsnet.ca
As a resident of Arizona, am I allowed to veto having Pierre McGuire come live here?

Golden Knights Ryan Reaves suspended one game for check to head | ProHockeyTalk | NBC Sports
I really just want to ask the Department of Player Safety if they think people get less injured on illegal hits if it’s the playoffs.