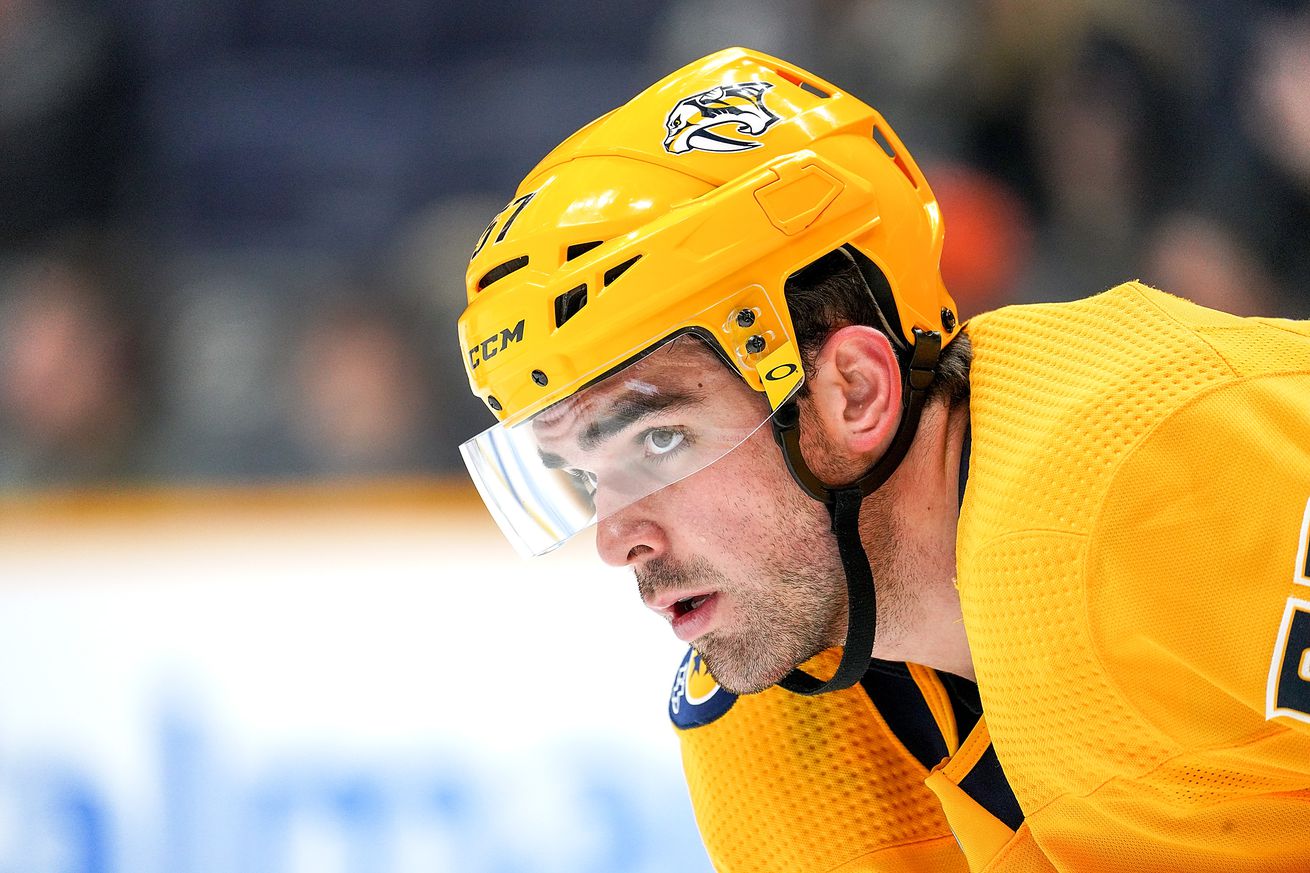 It’s approximately day… *checks notes*… 700 of self-isolation, and we’re all starting to go a little crazy. But don’t worry. We’ve got links!

Breakdown: Nashville Predators extend entry-level offer to Tommy Novak | On the Forecheck
ICYMI: Novak proved himself on an AHL deal this season after a hampered collegiate career.

The feel-good stories of the season for all 31 NHL teams | ESPN
The Preds’ entry is unsurprisingly about our boy Juuse Startos.

“After a lackluster start to the season — which cost coach Peter Laviolette his job — the Predators reemerged as a threat in the West, and are currently in a playoff spot. They have solid goaltending to thank for that. While Pekka Rinne has struggled, his backup Juuse Saros, found his game this season to take the starter’s throne. In his nine games before the pause, Saros was 6-2-0 with a .948 save percentage and two shutouts.”

Backdraft 2009: Redoing the top 10 picks from the ‘09 NHL draft | The Hockey News
The 2009 NHL draft featured a three-way battle for the No. 1 spot, plus plenty of star power and depth. In fact, two teams were perfect – every player they picked made it to the NHL.

NHL worst plays of all-time: Patrik Stefan’s empty net miss | Sportsnet
“Steve Dangle takes us back to the 2006-07 season to re-live Patrik Stefan suffering what may have been the biggest empty net miss in NHL History. On top of that, this may have stopped the Edmonton Oilers from acquiring Patrick Kane…wait, what?”

Desperate for a hockey-pool fix? Introducing Fantasy Fantasy Hockey | The Hockey News
No NHL hockey means no fantasy pools…unless you really lean into the “fantasy” part.

Where to watch: Hulu

Synopsis: Eve (Sandra Oh) is a bored, whip-smart, pay-grade MI5 security officer whose desk-bound job doesn’t fulfill her fantasies of being a spy. Villanelle (Jodie Comer) is a mercurial, talented killer who clings to the luxuries her violent job affords her. Penned by Phoebe Waller-Bridge (Fleabag) and based on the novellas by Luke Jennings, Killing Eve will follow these two women, equally obsessed with each other, as they go head to head in an epic game of cat and mouse.

Number of Seasons: 2 Seasons streaming on Hulu (8 episodes each), Season 3 to debut on AMC on April 12th.